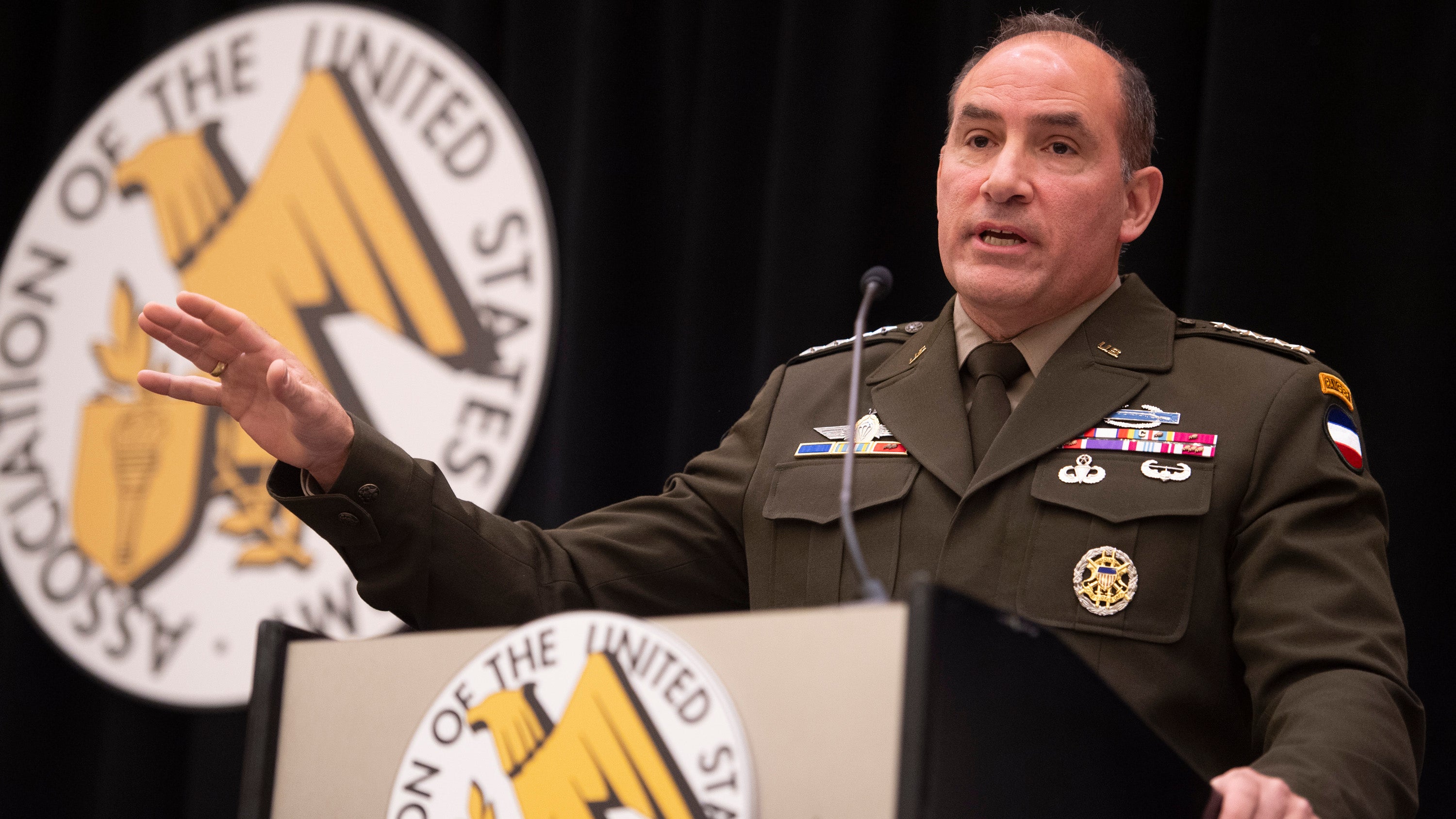 Modernization of the National Guard and the Army Reserve is critical to balancing the Total Army as it transforms to meet the demands of future combat, said Gen. Andrew Poppas, commander of Army Forces Command.

Soldiers from the reserve components continue to deploy for missions around the world and respond to domestic missions, such as hurricane response in Florida, but “we’re also racing to meet another demand from the Total Army,” Poppas said Oct. 10 in remarks at the Association of the U.S. Army’s 2022 Annual Meeting and Exposition.

Addressing an audience of soldiers from the Army National Guard and Reserve, Poppas noted that, while combatant commanders’ requests for forces are putting demands on the Army now, transformation is taking place and must continue “in the current window of opportunity.”

Transformation, he said, is “driving the way we expend our precious resources of training, time and personnel. The Guard and Reserve continue to have a very important role in this process,” he said.

Every major decision being made by the Army when it comes to resources, readiness and modernization, he said, includes the capabilities, readiness and resources of the reserve component’s combined 506,000 soldiers.

“We’re transforming. We have to. We’re becoming more data-driven, we’re becoming more efficient, and we’re going to rely on the Guard and Reserve to give us that strategic discipline in modernizing the Total Army,” Poppas said.

“The only way that we can win is with a balanced Total Army, … and we’re going to do this by investing in … interoperability,” he said. “If you don't have the same equipment, you're not going to be effective.”

This will happen by getting the right capabilities, including those immediately available in the Regular Army, within “arms reach” of the Guard and Reserve for a protracted large-scale fight, which Poppas said “will not be a quick win.”

“It will take time and resources and everybody from all three [components] to be committed to that fight and to be ready for that fight in order to dominate,” he said. “That is where Forces Command is going.”