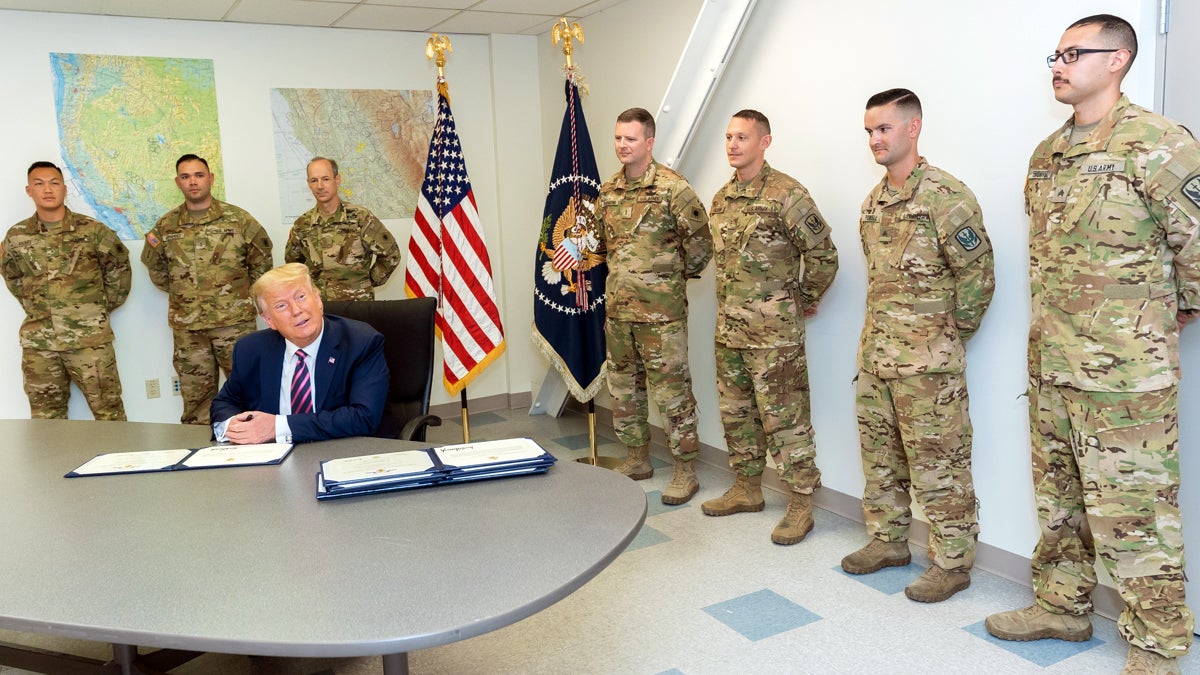 Seven aviators and crew with the California Army National Guard were awarded the Distinguished Flying Cross for rescuing hundreds of people trapped by rapidly spreading wildfires over Labor Day weekend.

Flying UH-60 Black Hawk and CH-47 Chinook helicopters into areas of the Sierra National Forest that were engulfed in a firestorm of heat, smoke, wind and flames, the soldiers with the 40th Combat Aviation Brigade flew multiple missions in treacherous conditions between Sept. 5–8, lifting to safety 396 people and 27 animals.

“Our nation is strong because of remarkable individuals like these service members,” President Donald Trump said at the Sept. 14 ceremony in McClellan Park, California, where he presented the awards to each soldier. “To each of you: Your unyielding determination lifts our nation.”

Wildfire missions are not new to the pilots, crew chiefs and flight engineers, but the Labor Day weekend missions were made more dangerous and complex by the combined effects of limited visibility from darkness and the heavy smoke, extreme heat, and the use of night-vision goggles.

Goding, who’s been flying for 25 years, said most, if not all, of the brigade’s crew members have deployed to combat.

“We get occasionally shot at overseas during missions, but that comes and goes very quick, and you don’t really have time to do anything else; you’re just happy you didn’t get hit,” he said in a media briefing after the harrowing missions. Flying into the wildfires, however, is “definitely by far the toughest flying that I’ve ever done,” he said.

The Distinguished Flying Cross is the military’s highest award for heroism and extraordinary achievement while participating in aerial flight.