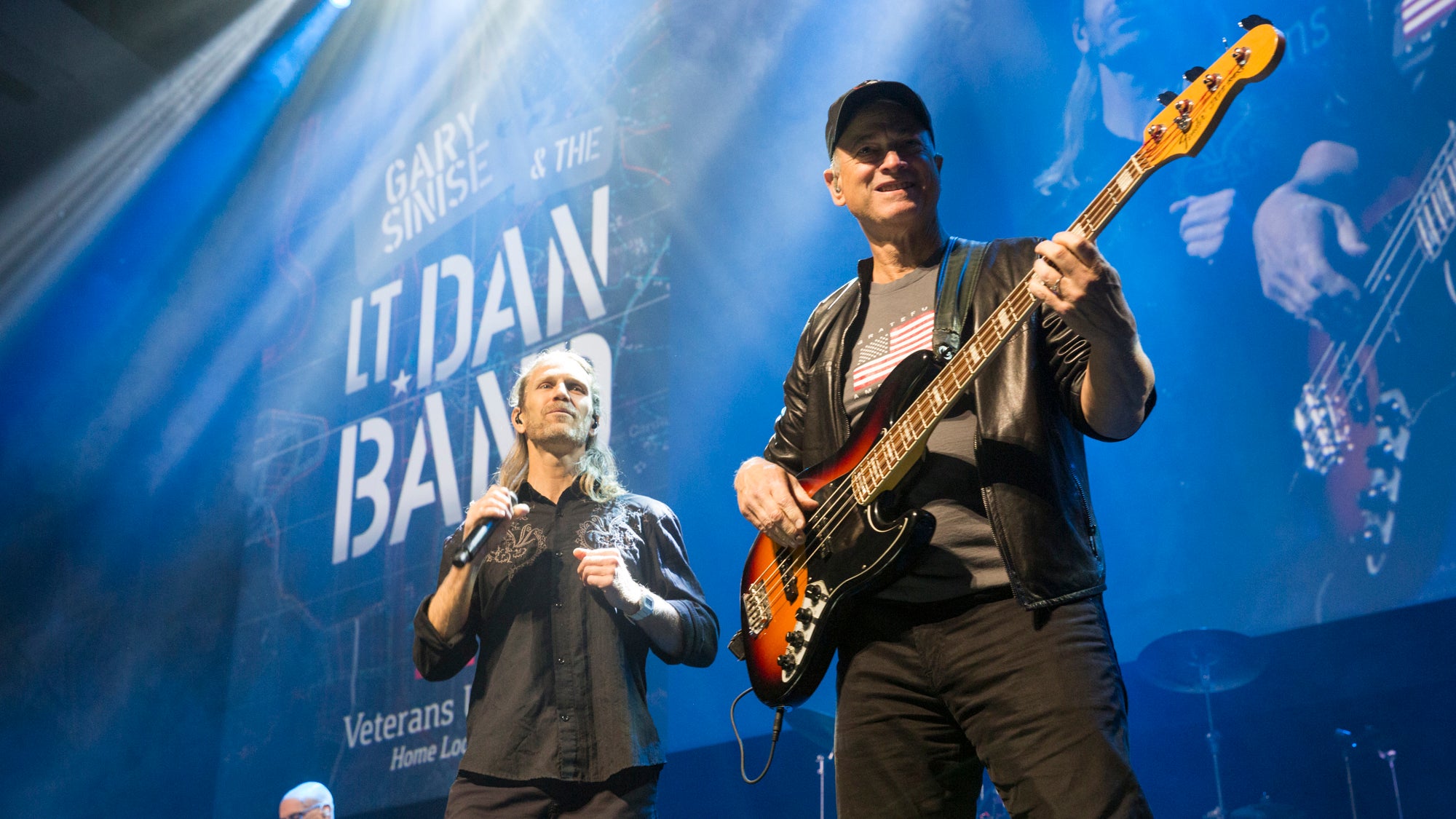 “Gary Sinise and the Lt. Dan Band always bring energy and enthusiasm,” said retired Gen. Carter Ham, president and CEO of the Association of the U.S. Army. “The concert is an opportunity to say thank you to all those who have served and sacrificed—the Gold Star families, the wounded warriors. This is a celebration for their service.”

The band’s performance, co-sponsored by Veterans United, took place on the second day of AUSA’s Annual Meeting and Exposition in Washington, D.C.

“This crowd is always so appreciative, so friendly and just pumped up after a couple of days out on the floor doing this stuff,” Sinise said. “Everybody just comes in here and wants to have a good time.”

Sinise and the Lt. Dan Band, named after his character in Forrest Gump, have been performing on military bases around the world for more than 16 years to entertain troops and raise money for disabled veterans.

In 2011, Sinise created the Gary Sinise Foundation to provide entertainment, support and acts of appreciation for active-duty service members, veterans, first responders, wounded warriors and their loved ones.

Sinise, who has been supporting veterans and the military community since the 1980s, was presented with the George Catlett Marshall Medal—AUSA’s highest award—in 2017 for his work.

“It’s always a friendly crowd and great spirit,” Sinise said. “I appreciate being able to come.”