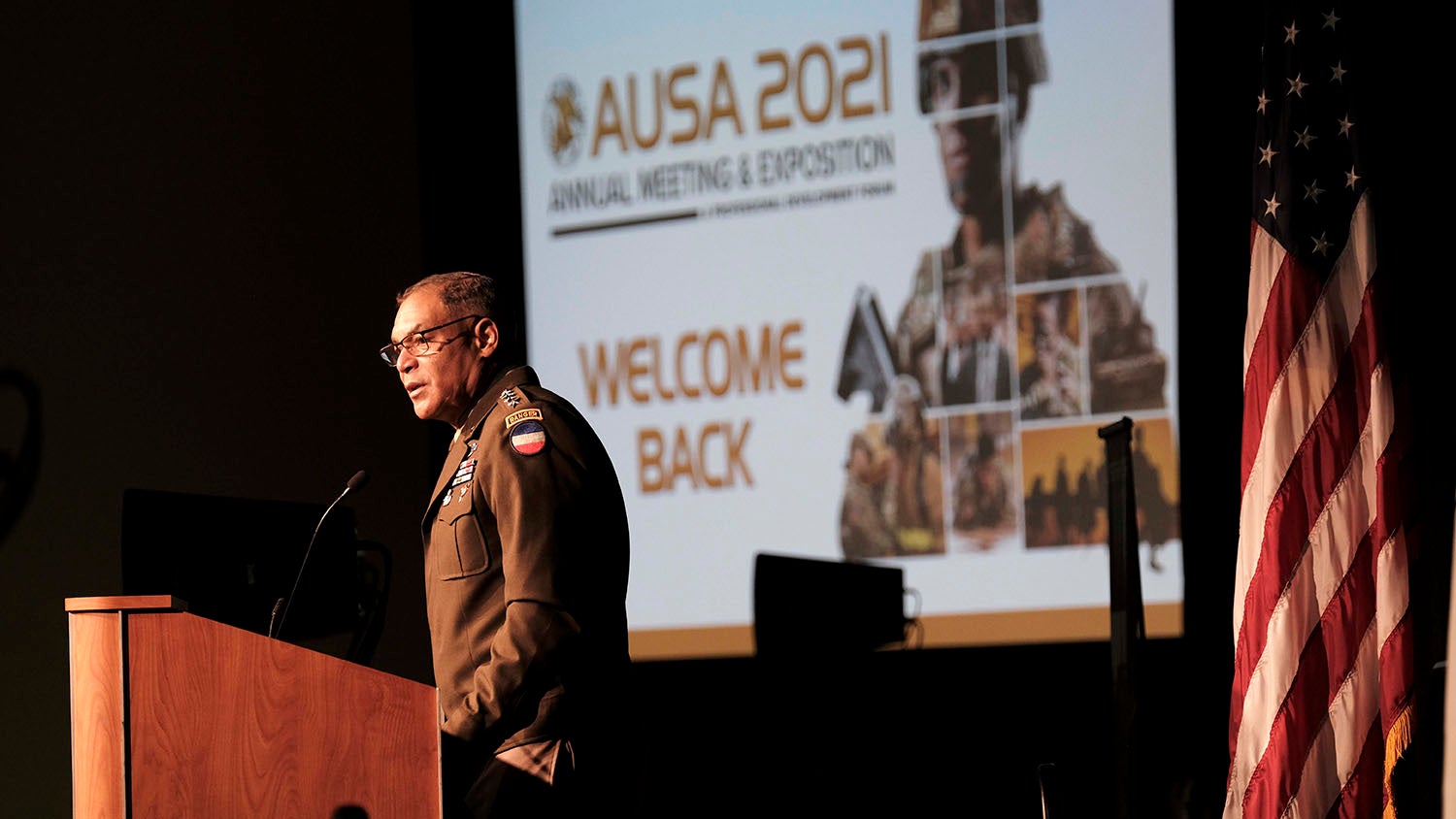 The Army National Guard and Army Reserve are critical to the Army’s success, but this upcoming year may be an opportunity for leaders to reassess what citizen-soldiers are called upon to do, a senior Army leader said.

“We would have failed a long time ago were it not for the Army Guard and the Army Reserve,” said Gen. Michael Garrett, commanding general of Army Forces Command. “Thank you for not only serving in our reserve component, but thank you for serving with the level of stamina and resilience you and your soldiers bring to your mission.”

Speaking Oct. 11 during the Moorhead National Guard/Army Reserve Forum at the Association of the U.S. Army’s 2021 Annual Meeting and Exposition in Washington, D.C., Garrett said it’s not enough that America has the National Guard and Army Reserve. “We need you to be ready to fight and win the nation’s wars, and that takes work, that takes planning, it takes blood, sweat and tears, and it takes your hearts and your souls,” he said.

Garrett said he is concerned about the readiness of some Guard and Reserve units, “especially over the last 20 months.”

Reserve component soldiers have been called upon to help fight the COVID-19 pandemic, provide security at the U.S. Capitol, support the withdrawal of U.S. troops from Afghanistan, respond to wildfires, floods and hurricanes, and more, Garrett said.

“All of these missions consume readiness, and no amount of blood, sweat, tears and soul alone can rebuild or sustain this readiness,” he said. “I cannot expect any more from Army National Guard and Army Reserve soldiers than you’ve already been giving.”

Some in the reserve component may not agree and instead want more taskings, Garrett said. But as he talks to young officers and NCOs, “I am concerned,” he said. “There have been a number of young men and women who have to make tough decisions about doing what they love, and that’s serving in the Army, but also doing those things that they have to do for their families,” he said.

The new year, 2022, could be the Army’s opportunity to “reset” what it asks of the Guard and Reserve, Garrett said. “Should we adjust the ways in which we consume the readiness that you work so hard to build? I don’t know the way forward, but for the sake of candid discussion, you deserve to know what’s on my mind,” he said.

To start, the Army is rolling out Regionally Aligned Readiness and Modernization Model, or ReARMM, its new force generation model “designed to provide more stability and predictability for our forces,” Garrett said. “We’re working very hard to extend this to the Guard and Reserve to provide them the very same level of predictability that we seek [in the active component],” he said.

Garrett encouraged Guard and Reserve leaders to have “tough conversations” about their people, their force and their readiness expectations. I am always interested in hearing your perspective.”