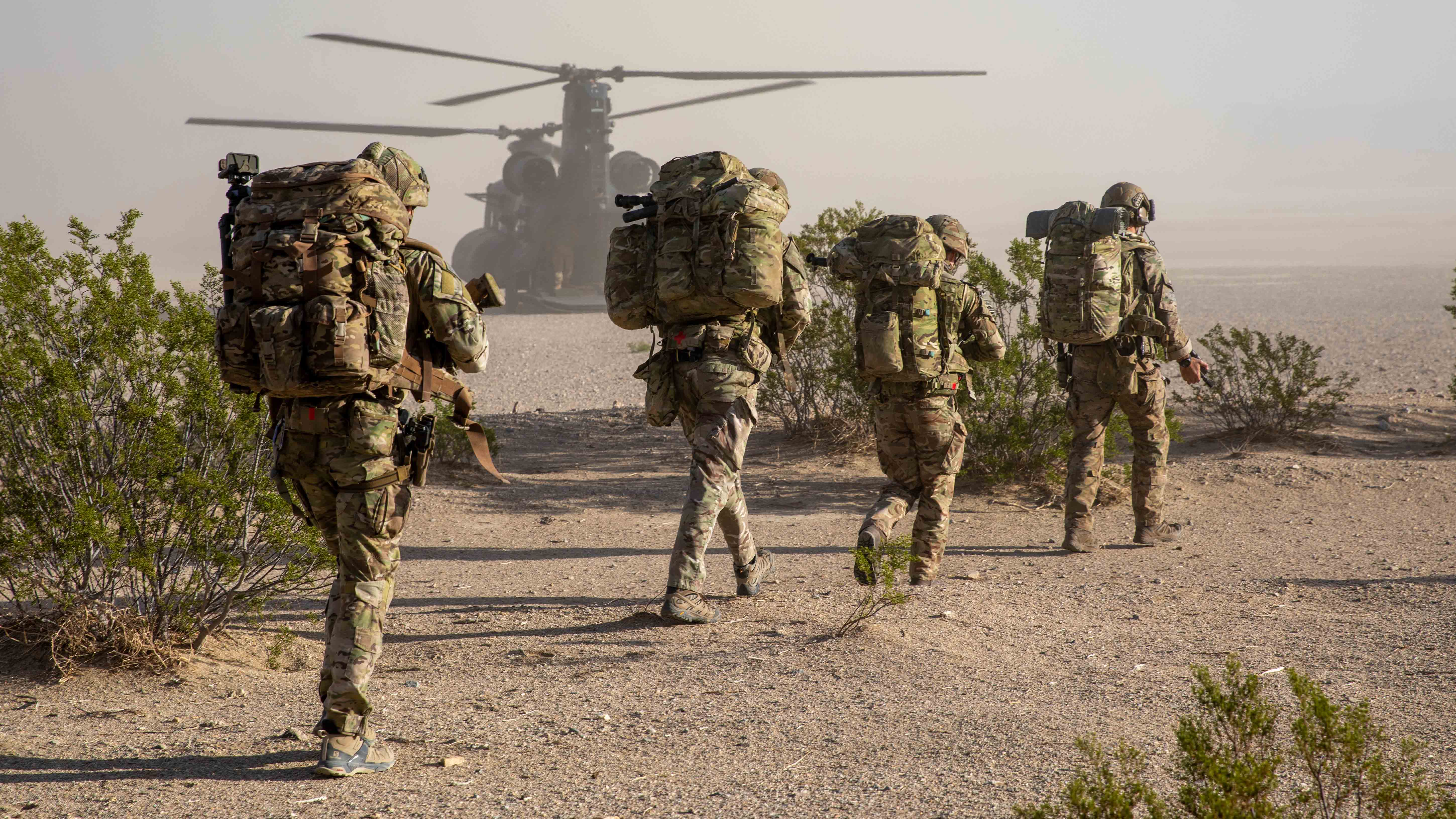 In its bid to see, understand, decide and act first on the future battlefield, the Army tested more than 300 new and emerging technologies during its Project Convergence 2022 series of exercises.

This year’s event featured thousands of U.S., U.K. and Australian troops, researchers and industry partners who trained and put to the test new equipment and technologies between September and November at places such as Yuma Proving Ground, Arizona, and Camp Pendleton and Fort Irwin in California.

“I firmly believe that everything we do here is something that we’ll see throughout the Army over the next 60 years,” Lt. Col. Brennan Speakes, commander of the 1st Squadron, 7th Cavalry Regiment, one of the units that participated in Project Convergence, said in an Army news release. “This is the equivalent of the Army moving from the horse-drawn cavalry to the armored formations we know today.”

Now in its third year, Project Convergence is the Army’s flagship modernization learning, experimentation and demonstration campaign. Each year’s exercise has grown in size and scope, and this year is the first to feature participation from international allies and partners.

Retired Gen. Bob Brown, president and CEO of the Association of the U.S. Army, had the chance to observe parts of Project Convergence.

“The Army is leading DoD with combined and joint integration for the future as we move toward multidomain operations,” Brown said. “The efforts at PC22 were very impressive and show great progress. What the Army is doing is important for the future and important to our friends and allies.”

Among the 300-plus technologies tested this year were advances in long-range fires, unmanned aerial systems, autonomous fighting vehicles and next-generation sensors. Participants also focused on building and improving joint and multinational interoperability.

One of the highlights was a demonstration at Yuma where an unmanned Black Hawk helicopter flew for a prolonged period, navigated varied terrain and performed tasks that helicopter crews would perform on the battlefield, to include a casualty evacuation.

Each day, new technology was added to the mission for testing. For example, electronic assets allowed units to quickly scan the battlefield and conduct reconnaissance and bring out the enemy without endangering soldiers, according to the Army news release.

As the Army continues its experimentation—plans are already underway for Project Convergence 2023—leaders said the service plays a key role in the joint force.

“I believe that the Army has a huge role to play in the future war fight whether it’s in the European theater or whether it’s in the Indo-Pacific theater,” Army Secretary Christine Wormuth said in an Army news release. “We obviously have a tremendous role in terms of providing sustainment. We’ve got tremendous command and control capabilities.”