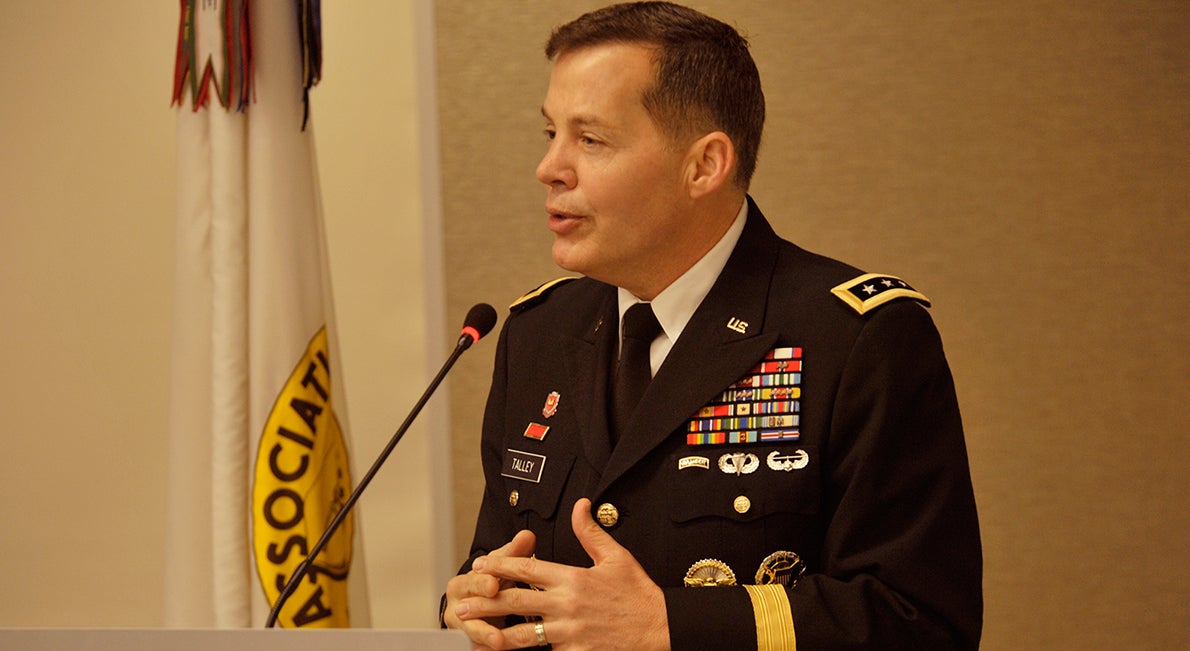 Any further cuts in the number of soldiers on full-time duty in the Army Reserve threaten to cripple that component’s capability to support the Total Army and the joint force, the outgoing chief of the Army Reserve says.

“One concern that I have every day is full-time manning,” Lt. Gen. Jeffrey W. Talley said at a recent breakfast forum sponsored by AUSA’s Institute of Land Warfare. Talley will retire June 1.

About 13 percent of the Army Reserve’s authorized end strength of 199,500 soldiers is comprised of full-time soldiers who are critical to maintaining readiness within his component, Talley said. That’s roughly 26,000 people.

But he noted that in today’s tight budget environment, about one-fifth of that cadre—more than 5,000 soldiers—has been shifted over time into “above the line” status and assigned to duties in direct support of the Regular Army, not the Army Reserve.

Short of formally returning those soldiers to their Reserve duties, an option would be to shift some Regular Army personnel “into my formations,” Talley said. He recently raised that suggestion to lawmakers in his final appearances on Capitol Hill in support of the Army’s fiscal 2017 budget request.

“Everybody likes that idea,” he said. “The question is whether we can make it happen.”

The forum was held at the AUSA Conference and Event Center in Arlington, Va.