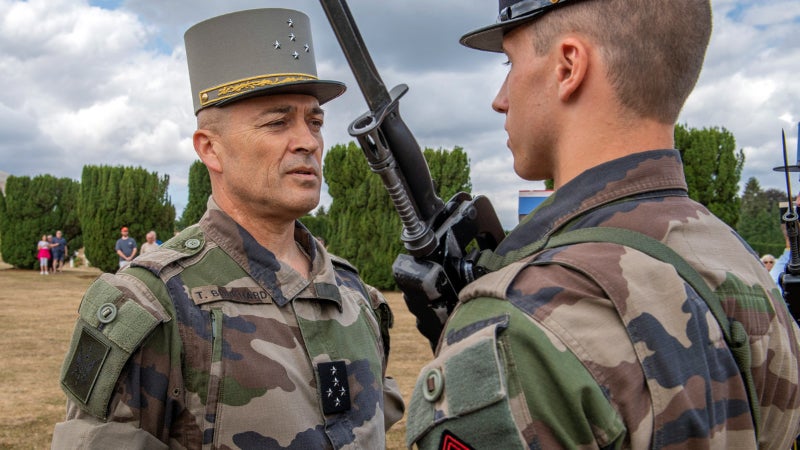 The French Army chief of staff is the keynote speaker for an upcoming webinar hosted by the Association of the U.S. Army.

Gen. Thierry Burkhard will introduce his strategic vision for the French Army to an American audience during the Nov. 24 event. He will be followed by Maj. Gen. Michel Delion, director of the French Army’s Center for Doctrine and Command Teaching, who will present Burkhard’s vision in detail, particularly as the French Army, like the U.S. Army, increasingly turns its focus to large-scale combat operations.

The virtual event, part of AUSA’s Thought Leaders series, begins at 10 a.m. Eastern. The event is free, but registration is required here.

Burkhard, who took over as the French Army’s top officer in July 2019, has served several assignments as an infantry commander and deployed to French Guyana, Iraq, the former Yugoslavia, Chad and Gabon. He also has deployed twice to Afghanistan and commanded the 13th Foreign Legion Half-Brigade in Djibouti.

Delion is an artillery officer who has served in several command assignments, including as commander of the 35th Airborne Artillery Regiment, commandant of the Artillery School and deputy commandant of Draguignan Military Schools. He has served in the Ivory Coast, Central African Republic, Chad, the Persian Gulf and the Balkans.

He has led the Center for Doctrine and Command Teaching since July 2019.