Flynn: America's Army Preparing for Everything

Flynn: America's Army Preparing for Everything 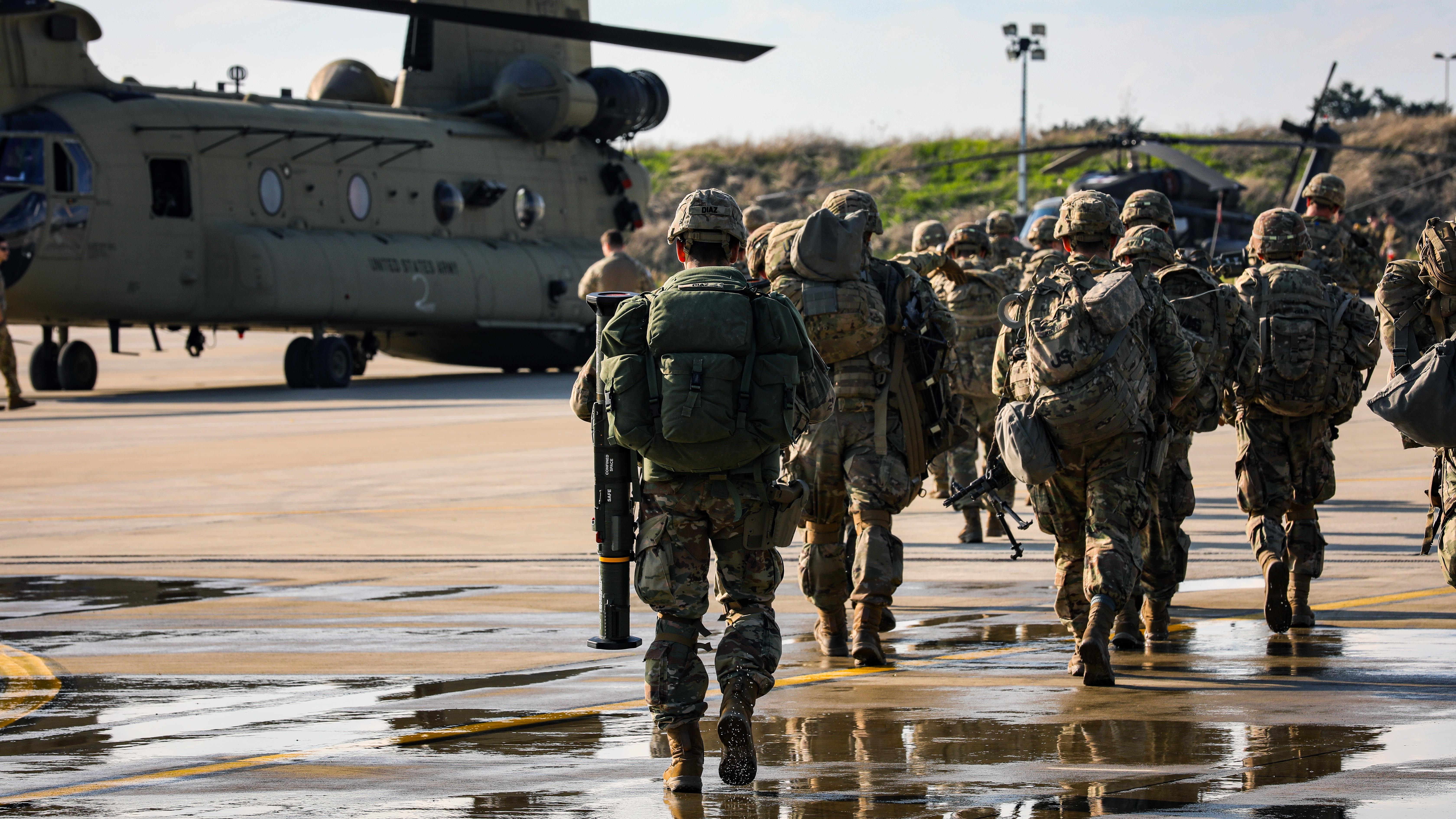 From a global pandemic to no-notice deployments to the Middle East, the Army continues to prepare for any crisis or mission, the service’s top operations officer said.

“We must be ready for any planned and unplanned crisis,” Lt. Gen. Charles Flynn, deputy Army chief of staff for operations, said July 22 during The AUSA Noon Report, a webinar series hosted by the Association of the U.S. Army.

In just the past few months, the Army has deployed troops to the Middle East in response to rising tensions with Iran, supported COVID-19 response efforts at home and overseas and, through the Army National Guard, assisted local authorities dealing with widespread demonstrations.

The Army also is pushing ahead with its modernization efforts, putting health and safety measures in place to keep the force trained and ready amid the pandemic.

“Your Army is always in motion,” Flynn said.

The U.S. Army builds and improves in a crisis, Flynn said. “Why do we do this? We want to make sure the force is in the posture or stance to be able to respond to any escalation."

The Army’s mission is to “deploy, fight and win in any conflict, in large-scale combat operations. We have to be able to do that simultaneously to defending the homeland, disrupting any aggressors and deterring those who might want to do harm to us,” he said.

Part of that preparation is done through combat training center rotations, warfighter exercises, joint task force certifications, investing in installations and pre-positioned stocks, and practicing the Army’s ability to move personnel and equipment anywhere in the world.

One recent example is the Defender-Europe 2020 exercise. While much of the exercise, slated to be the largest Army event in Europe in more than two decades, was canceled because of the pandemic, planning for such a large-scale event was “invaluable,” Flynn said.

The Army is now planning a Global Defender exercise for 2022, which will likely include operations in the U.S. as well as in Europe, the Indo-Pacific and elsewhere, he said.

For now, as the Army ramps up operations and activities that were slowed by the pandemic, leaders are looking to exercises, training and education but with an eye on soldier health and safety.

“We remain in a fight with a pathogen that is changing,” Flynn said. “We have to put in those conditions to make sure we protect our forces so we can protect the nation.”