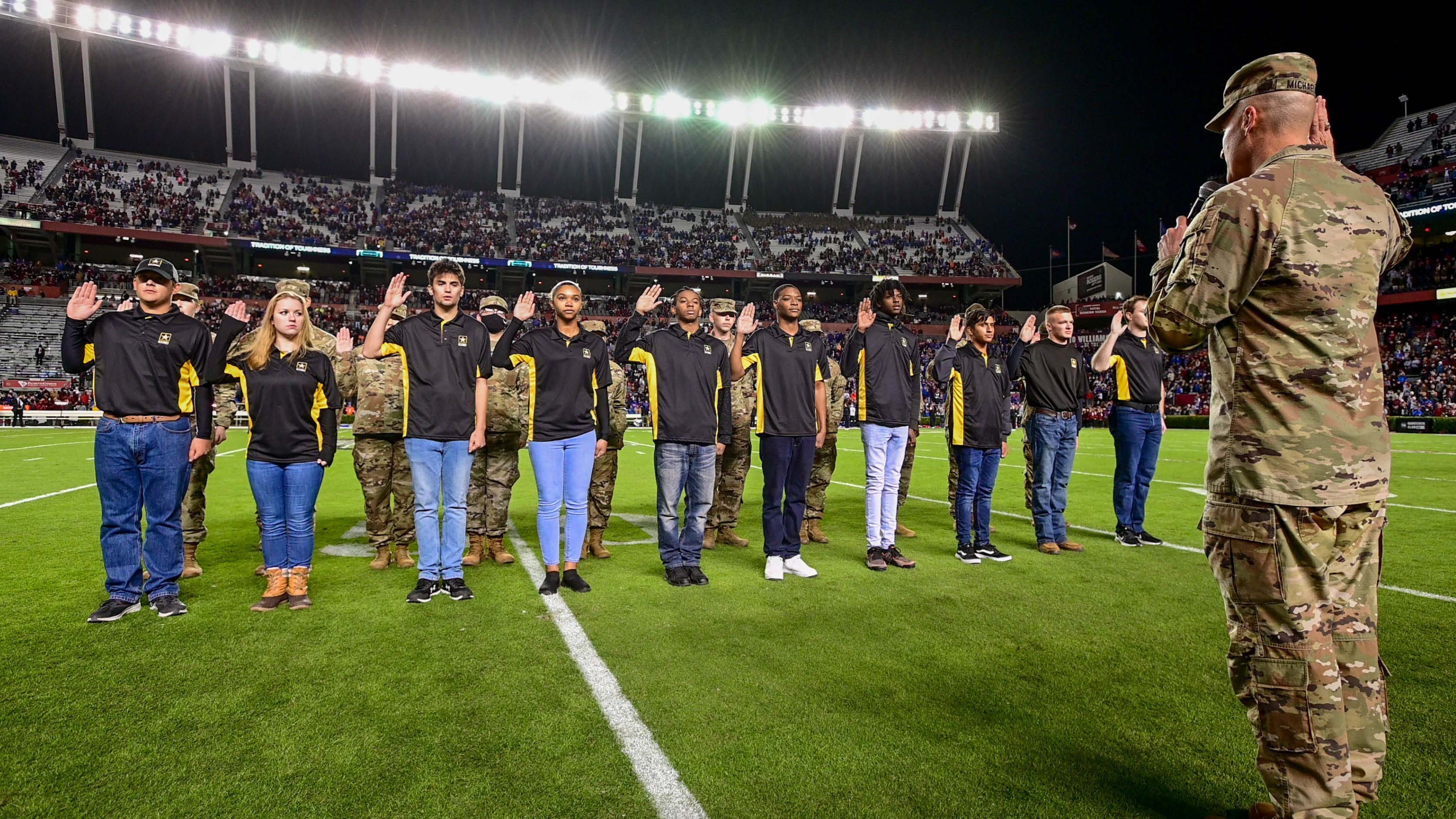 The Army must do a better job of connecting with America’s youth if it is going to overcome its recruiting challenges, the service’s top civilian leader said.

In addition to a good economy, a tight labor market and the impacts of the COVID-19 pandemic, the Army faces a propensity challenge, Army Secretary Christine Wormuth said. Only about 9% of young Americans are inclined to serve or interested in serving, she said.

“This is something we’ve got to get after,” Wormuth said Sept. 13 during the Maneuver Warfighter Conference at Fort Benning, Georgia. “They just don’t really know what the Army is about.”

Wormuth and Army Chief of Staff Gen. James McConville earlier this summer warned about serious problems manning the force. “This is not a recruiter problem,” they wrote in a joint memo that projects Regular Army troop strength will be about 466,400 at the end of the fiscal year, far less than the originally budgeted 485,000.

They also projected end strength “may further decrease,” warning it could drop as low as 445,000 by the end of fiscal 2023.

“We are absolutely facing some difficult recruiting headwinds right now,” Wormuth told the audience at the Maneuver Warfighter Conference.

The Army must do a better job of “communicating what the value proposition is in the Army and what it offers to young Americans,” Wormuth said.

A recent Army survey found that the knowledge gap between Generation Z and the service is widening. Though 73% of Gen Z respondents said they are familiar with the Army, the survey found that this group, young adults between the ages of 18 and 25, holds several misconceptions around Army jobs, work-life balance and soldier benefits.

Nearly one-third of respondents believe that most Army jobs are combat roles, though the Army offers over 200 jobs across a variety of fields. Further, just 51% of Gen Z respondents think that soldiers are allowed time to pursue their hobbies or recreation.

The Army also faces concerns from parents and other influencers, including teachers, coaches and other adults in a young person’s life. “There is some concern about psychological harm,” Wormuth said.

Parents who see headlines about suicides or sexual assault and sexual harassment in the military may be reluctant to allow or encourage their children to serve, she said.

Wormuth urged the audience at Fort Benning, which included lieutenants and captains, to create a positive command climate as they lead soldiers and units.

“It’s incredibly important that all of you as young leaders do everything you can to set a positive command climate and do your part to reduce harmful behaviors in our formations,” Wormuth said. “We’ve got to demonstrate to ourselves and to the American public that we can reduce things like sexual harassment and suicide so our soldiers can truly be all they can be.”

In the near-term, efforts to improve recruiting require “all hands on deck,” Wormuth said.