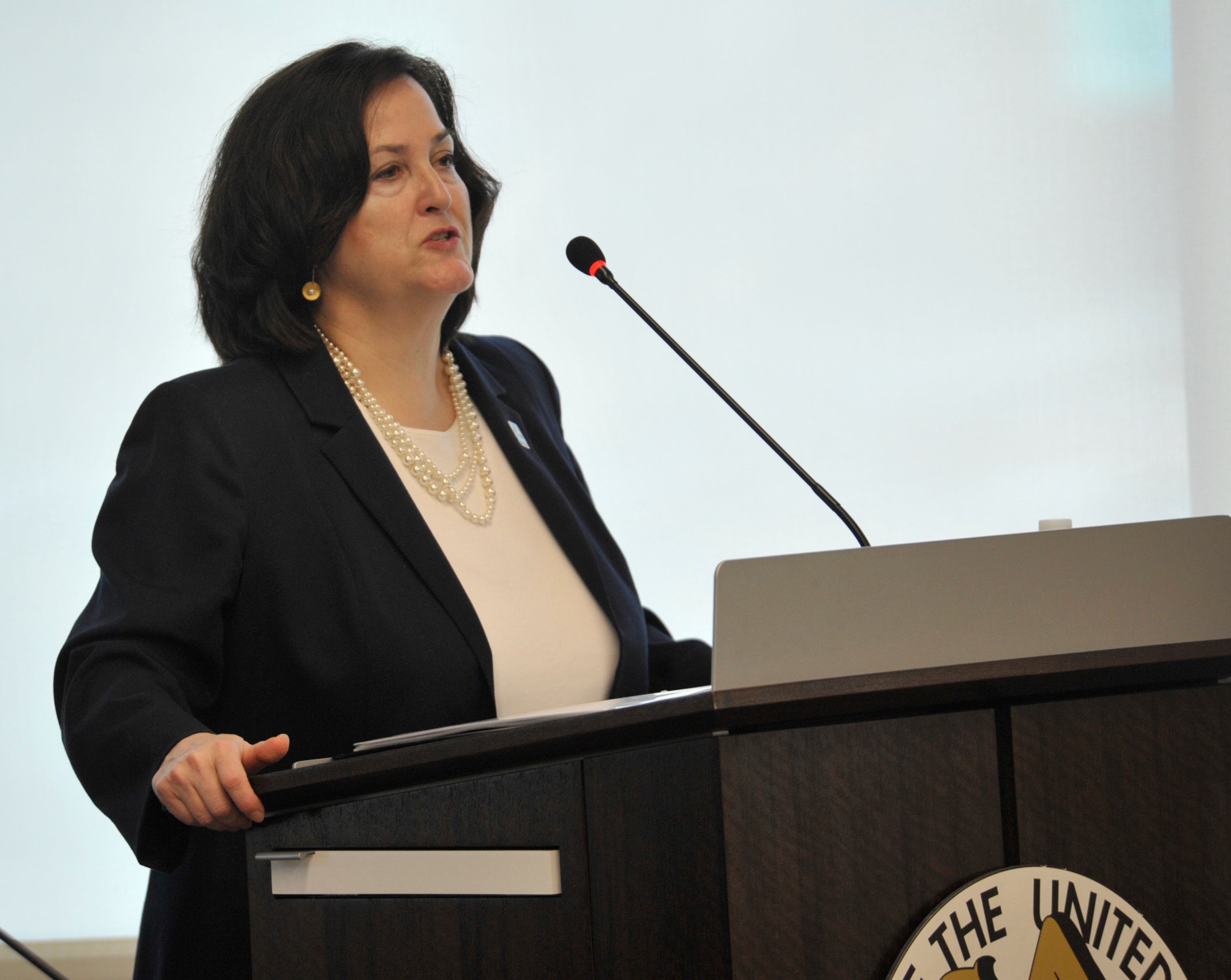 With troops, training and equipment taking budget precedence to ensure Army readiness, the construction and renovation of installation facilities “drop to the bottom” of the funding list, said Katherine Hammack, assistant secretary of the Army for installations, energy and environment. She made her comments March 31 during a Hot Topic forum on installation management, sponsored by the Association of the U.S. Army’s Institute of Land Warfare.“The Army made the decision to take risk in funding for installations,” Hammack said. “What’s the risk? Degradation of facilities. That causes a lot of challenges. Inadequate and deteriorating facilities impact readiness by reducing the quality of life for soldiers and their families; reducing efficiency of our workers; and detracting from the retention of quality, highly motivated personnel.”Hammack noted that the Army’s proposed military construction budget for fiscal year 2017 is the lowest since 1993, with 31 projects across “an Army of 830 million square feet.”Still, the service spends about $500 million each year on maintaining excess or underutilized facilities that could be devoted to other readiness priorities. “The Army can’t continue to carry the cost of excess infrastructure,” Hammack said, adding that it was imperative for the Army to “obtain congressional authority for another round of base realignments and closures,” or BRAC.“BRAC is better than ghost towns” of slowly deteriorating facilities that are not nearly at full occupancy and usage levels, she said.Top Pentagon officials estimate that a new round of BRAC would cost about $6 billion but after completion would save about $2 billion a year. “That’s a pretty decent return on investment,” Hammack said.Meantime, the Army is relying on workarounds such as having post commanders consolidate into their best facilities while purposely “under-sustaining” the remaining ones.“We know that will increase their rate of deterioration, but this is one of the small ways that we can save money,” Hammack said, though the potential savings from such strategies are “pennies compared to the dollars you get from a BRAC round.”The Hot Topic forum was one of a series of professional events being held this year at the AUSA Conference and Event Center in Arlington, Va. The next Hot Topic, scheduled for June 2, is focusing on Army force projection and sustainment.Details on that event are here. Information about the AUSA conference center is here.