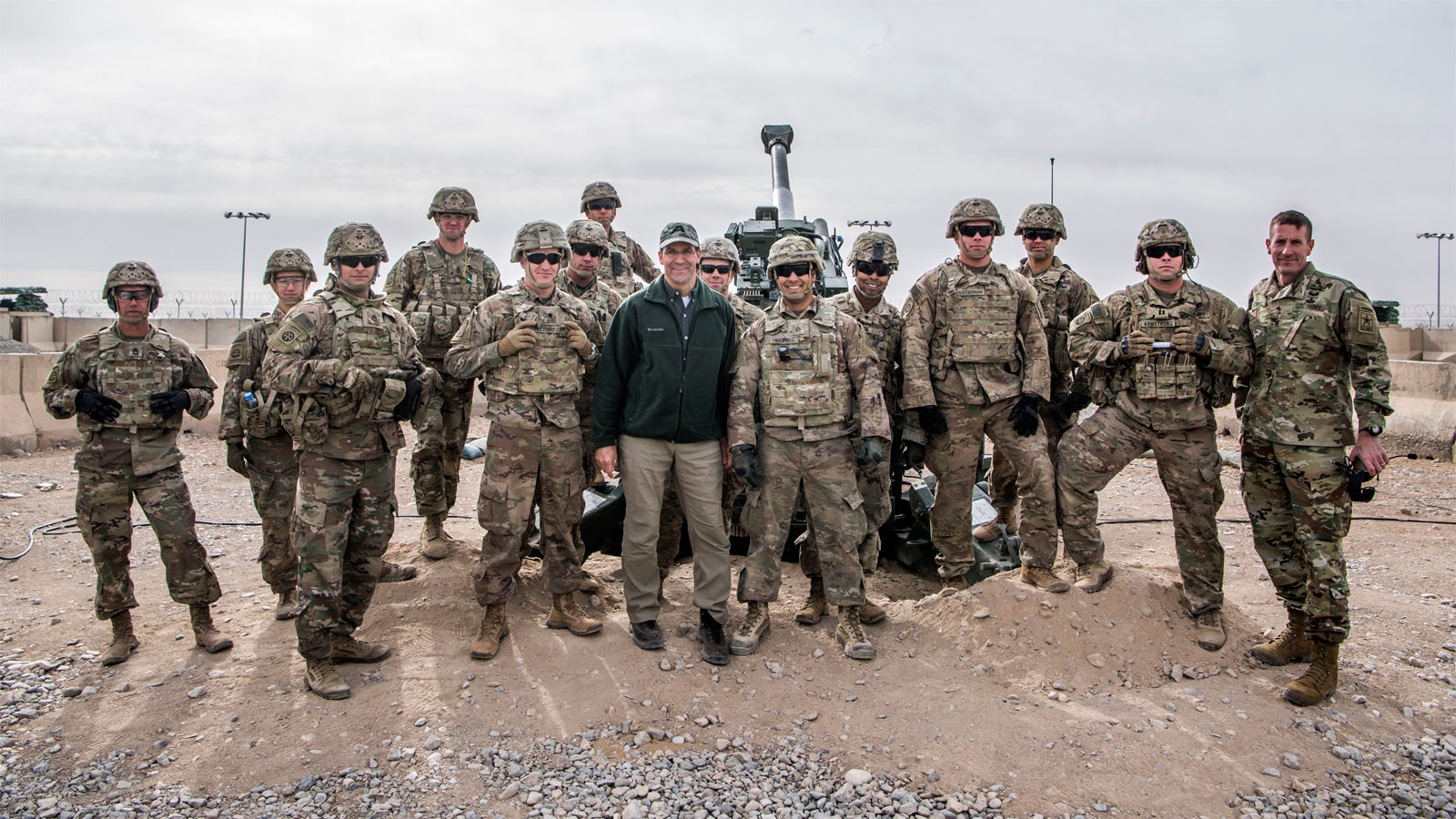 In his first 90 days on the job, Army Secretary Mark T. Esper logged thousands of miles visiting soldiers in Europe, the Pacific, Afghanistan and at home, becoming reacquainted with the Army he served in for 21 years.

The 23rd secretary of the Army, who was sworn in Nov. 20, said his travels gave him a “good feel” for what soldiers are doing, how they’re training and what’s important in terms of modernization and the future battlefield. He said his travels were a good way of “updating myself with regard to where the Army is based on my experiences and how we’ve evolved.”

A 1986 graduate of the U.S. Military Academy, Esper was an infantry officer who served on active duty for 10 years, including during the First Gulf War. He served for 11 more years in the National Guard and Army Reserve, retiring in 2007.

During his early February visit to the Joint Multinational Readiness Center in Hohenfels, Germany, Esper found the only thing unchanged was the weather. What he saw was a complex multinational exercise with Poland in the lead, digital communications, American-style tactical operations centers, drones, electronic warfare and opposing forces using Russian tactics learned from recent events in eastern Ukraine.

“When I went through [as a company commander], it was U.S. units training against U.S. opposing forces, and I think this is absolutely fabulous. We have allied units going through, facing OPFOR and training as a multinational force. I’m seeing soldiers and units get back to training on the high end, which is very familiar to me.”

In early December at the National Training Center at Fort Irwin, Calif., where Esper last went through as a platoon leader, the level and complexity of training were at once familiar and new.

“If you rewind the clock 30 years when I went through NTC, we didn’t face drones and we didn’t have cyber. We didn’t deal with irregular warfare, crowds of people coming out in the city, so it’s the whole nature of warfare has changed,” he said. “I think that’s fantastic because if we get into a fight in Europe, that’s how we’re going to fight with our allies and against those types of complex threats.”

Esper also visited troops in Korea and Afghanistan, made stops in the U.S. at his alma mater and talked with troops in Hawaii, North Carolina, California and Alabama. While uniforms have changed, he noted, the equipment he saw—Bradley Fighting Vehicles, M1 Abrams tanks and Black Hawk, Apache and Chinook helicopters—underscored the Army’s need to modernize.

During his travels, Esper also did a lot of early morning physical training with soldiers, and he took every opportunity to talk with them at each stop. He was asked about issues with pay and the availability of school but overall, he said, “they’re all very positive about the deployment and the Army and what they’re experiencing.”