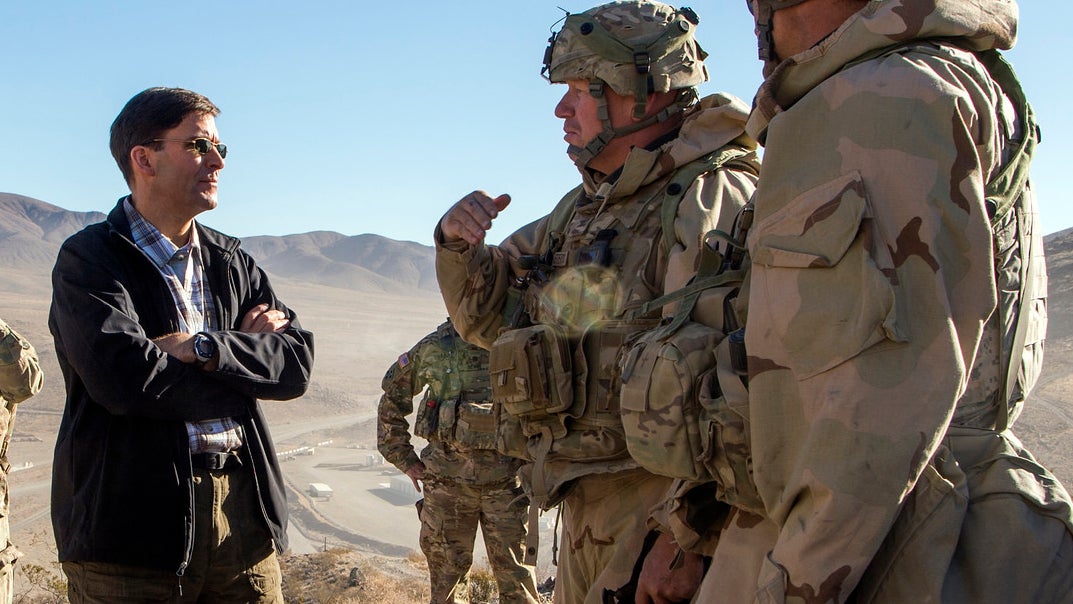 Secretary of the Army Mark T. Esper has made it clear that one of his top priorities is making certain soldiers are trained and equipped for high-intensive fights. “We are doing everything we can with the resources we have,” Esper said Dec. 4.

“After 16 years of hard combat in Iraq and Afghanistan and with downward pressure on defense budgets, we have found ourselves in the context of rising threats—certainly with North Korea—and we have seen a more aggressive Russia in Europe,” Esper said at the Reagan National Security Forum in Simi Valley, Calif. “Something we are pivoting for right now is how do you fight that high-end fight, and how are you trained, equipped and organized to do that.”

Esper said he watched soldiers doing “exactly that” during a visit to the National Training Center at Fort Irwin, Calif. Army commanders there told him they are training to the tasks they’ll need to accomplish in a high-end fight. “They are going so far as to train against those tactics we know that our potential adversaries have in some degrees mastered,” he said.

“It is something the Army is taking very seriously,” he said. “It is a challenge in this budget framework that we face.”

Esper has met with the Army Futures Command Task Force, which is working on a reorganization that would streamline the acquisition process to shorten the time from drafting board to the field for new technology. “I do not believe we will be able to modernize unless we fundamentally reform our acquisition system,” Esper said.