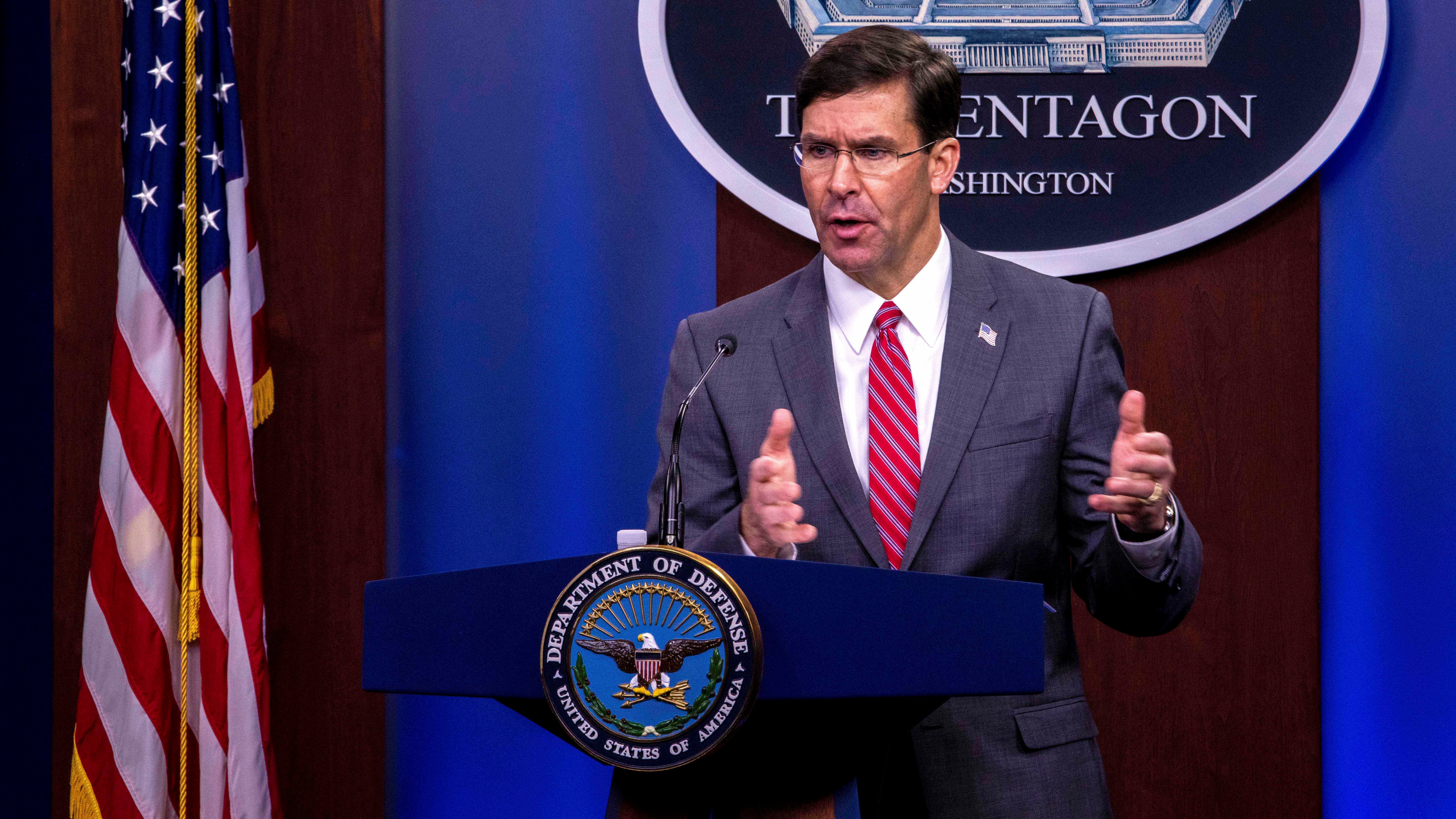 National Guard troops have responded “with the utmost skill and professionalism” amid demonstrations across the country, and there is no need to deploy active-duty soldiers to aid in the response, Defense Secretary Mark Esper said.

“I’m very proud of the men and women of the National Guard who are out on the streets today performing this important task,” Esper said during a press briefing June 3. “I’ve always believed and continue to believe the National Guard is best suited to perform domestic support to civilian authorities in these situations in support of law enforcement.”

The option to call in active-duty forces for a law enforcement role should only be used “as a matter of last resort and only in the most urgent and dire of situations,” Esper said. “We are not in one of those situations now. I do not support invoking the Insurrection Act.”

Thousands of Americans across the country have participated in protests and demonstrations after the May 25 death of George Floyd, who died after he was restrained by Minneapolis police officers. Four officers have been fired, and one of them has been arrested and charged in Floyd’s death. Charges against the other three officers are expected, according to news reports.

About 30,000 Guard troops were on duty in 31 states and Washington, D.C., in response to the protests as of June 3, according to the National Guard Bureau.

“The killing of George Floyd by a Minneapolis policeman is a horrible crime,” Esper said. “It’s a tragedy that we’ve seen repeat itself too many times. Racism is real in America, and we must all do our very best to recognize it, confront it and eradicate it.”

DoD has a history of embracing diversity and inclusion, Esper said, and “while we still have much to do, leaders across DoD take this seriously, and we are determined to make a difference.”

Senior Army leaders echoed Esper’s remarks in a letter to the force.

“Over the past week, the country has suffered an explosion of frustration over the racial divisions that still plague us as Americans. And because your Army is a reflection of American society, those divisions live in the Army as well,” Army Secretary Ryan McCarthy, Chief of Staff Gen. James McConville and Sgt. Maj. of the Army Michael Grinston wrote in the letter.

McCarthy, McConville and Grinston also had a message for leaders across the Army.

“To Army leaders of all ranks, listen to your people, but don't wait for them to come to you. Go to them. Ask the uncomfortable questions. Lead with compassion and humility and create an environment in which people feel comfortable expressing grievances,” the letter states. “Let us be the first to set the example. We are listening.”

As demonstrations continue, Esper said military personnel all took an oath to uphold the Constitution and Americans’ right to free speech and assembly.

“My hope is that instead of the violence in the streets, we will see peaceful demonstrations that honor George Floyd, press for accountability for his murder, that move us to reflect about racism in America, and that serve as a call for action to come together to address this problem once and for all,” he said.

He also reminded DoD personnel—uniformed and civilian—to remain apolitical during “these turbulent days.”

“This is a tough time for our country … but we will get through it,” Esper said.

He praised the troops for their “countless remarkable accomplishments in today’s trying times,” from supporting COVID-19 response efforts to deploying overseas to supporting their hometowns.

“In every challenge, and across every mission, the U.S. military has remained ready, capable and willing to serve,” he said.

Click here to read Esper’s message to the force:

MESSAGE TO THE DEPARTMENT - SUPPORT TO CIVIL AUTHORITIES OSD005318-20.pdf