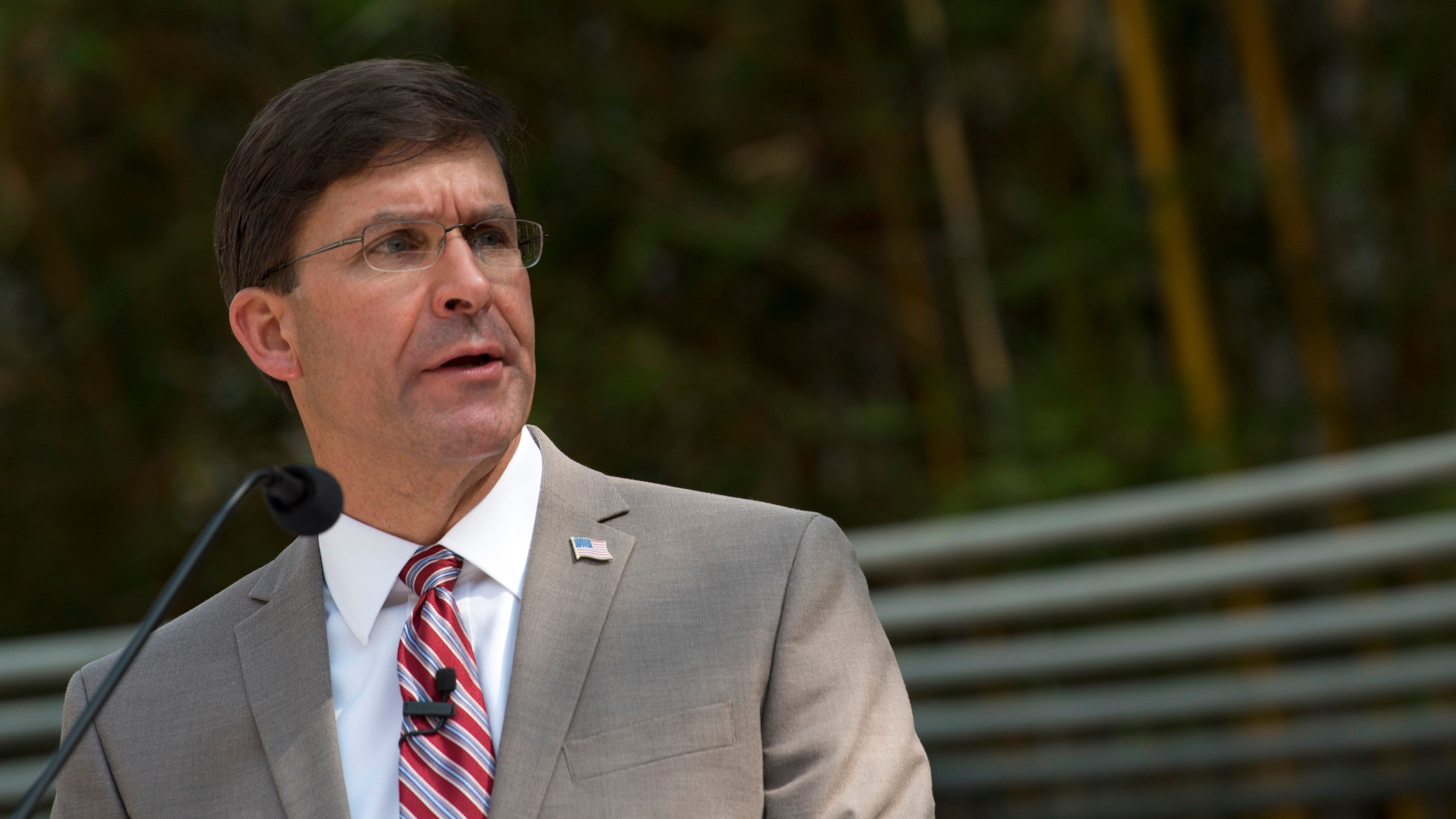 Defense Secretary Mark Esper credits the Army as leading military transformation in an era of great-power competition. He even called the Army “ruthless.”

The former Army secretary, who assumed the top Pentagon post last year, said, “The future of warfare is being shaped right now, before our eyes, and the Army proudly stands at the forefront.”

He spoke Oct. 15 during a presentation at AUSA Now, the 2020 virtual annual meeting of the Association of the U.S. Army.

From hypersonic weapons to fighting in cyberspace, the Army has been “ruthless” in prioritizing time, money and manpower to modernizing and transforming the force, Esper said. “To adapt and lead in this era of great-power competition, the Army launched a wholesale transformation to dominate a 21st century high-end fight,” he said.

The Army’s leadership is nothing new, Esper said. “Throughout our history, the Army has often stood on the leading edge,” he said. In the early 19th century, the Army’s Springfield Armory helped pioneer the mass production of small arms. During World War II, the Army’s M1 became the first semi-automatic rifle to entire widespread service, and about 10 years later, the Army deployed the first operational U.S. guided ballistic missile, Esper said.

Today, rivals such as China and Russia seek to erode America’s long-standing advantages on land, in the air, at sea and in space and cyberspace, Esper said. “In the face of these threats, we must harness the next generation of technologies and stay ahead of the competition,” he said.

The military also must continue to strengthen its “unmatched network of allies and partners,” Esper said. This includes bolstering partners in the Indo-Pacific to newly announced plans to rotate Stryker brigade combat teams to Europe, he said.

“All told, these efforts prepare us for a high-end fight we must hope we never have but must be prepared to win,” Esper said, who added that he’s “incredibly proud” of the work the Army and its supporters have done during a challenging year.

This includes industry partners who “persevered through a global pandemic to keep supply chains functional” and deliver products on time, and soldiers and their families who continue to answer the call to serve.

“I want to express my gratitude to the men and women of the Department of the Army for all you do to uphold our Constitution, defend our people and protect our way of life,” he said.