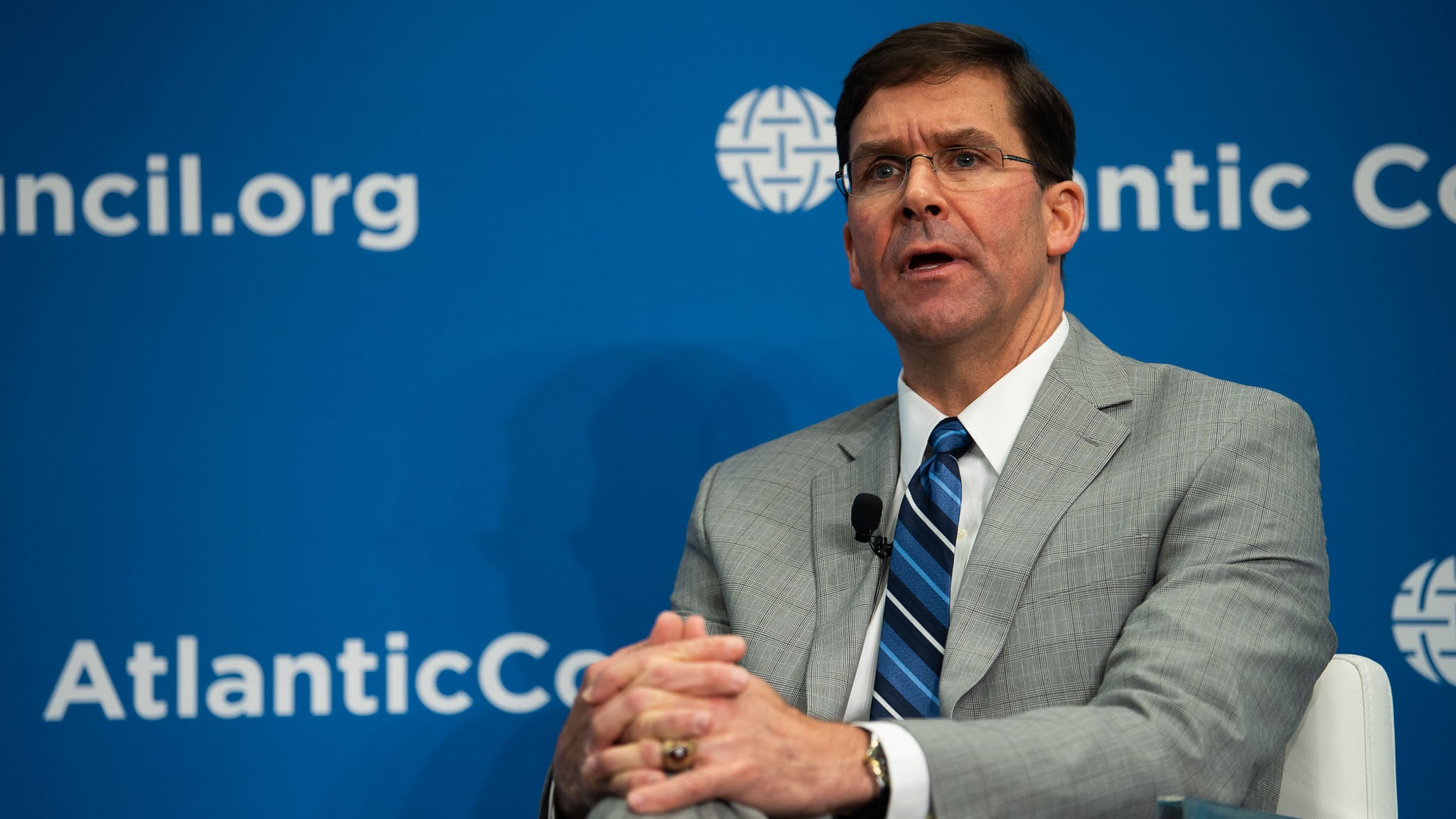 The Army’s modernization efforts are a “tremendous opportunity” for companies that are willing to work with the service, the Army’s top civilian leader said.

Since the Army revealed an extensive effort to cancel, reduce or delay nearly 200 programs to funnel more than $30 billion into its six modernization priorities, the service has gotten pushback from some who believe the Army’s priorities are “misguided,” Army Secretary Mark T. Esper said.

“They say we’re making a tactical error, that their program is what is needed to win the next war, and I appreciate all of the advice, I really do,” Esper said during an event at the Atlantic Council in Washington.

“However, when it comes to making the tough decisions about the future, the Army relies on our general officers, who have been battle-tested for decades, and our exceptional civilians, who have extensive experience and have studied and war-gamed the future,” Esper said. “These professionals are motivated by nothing other than the intense desire to win the next war and to bring our soldiers home safely.”

Esper reiterated that several of the affected programs involve legacy systems that have reached the end of their life spans or are “not well-suited for the future fight.” He added that “at some point in the future, every single system we use today will become obsolete.”

Defense companies may prefer to upgrade existing programs, but he called on the industrial base to adapt to meet the Army’s needs.

“The Army’s modernization has created tremendous, tremendous opportunity for those firms who are willing to break from the past and look ahead,” Esper said. “Change is hard … but we must make the transition to the future.”

Esper also took the opportunity to again push for an on-time budget.

“A [continuing resolution] again this year would disrupt over 100 Army programs,” he said, including development of the Next-Generation Combat Vehicle and the Strategic Long-Range Cannon.