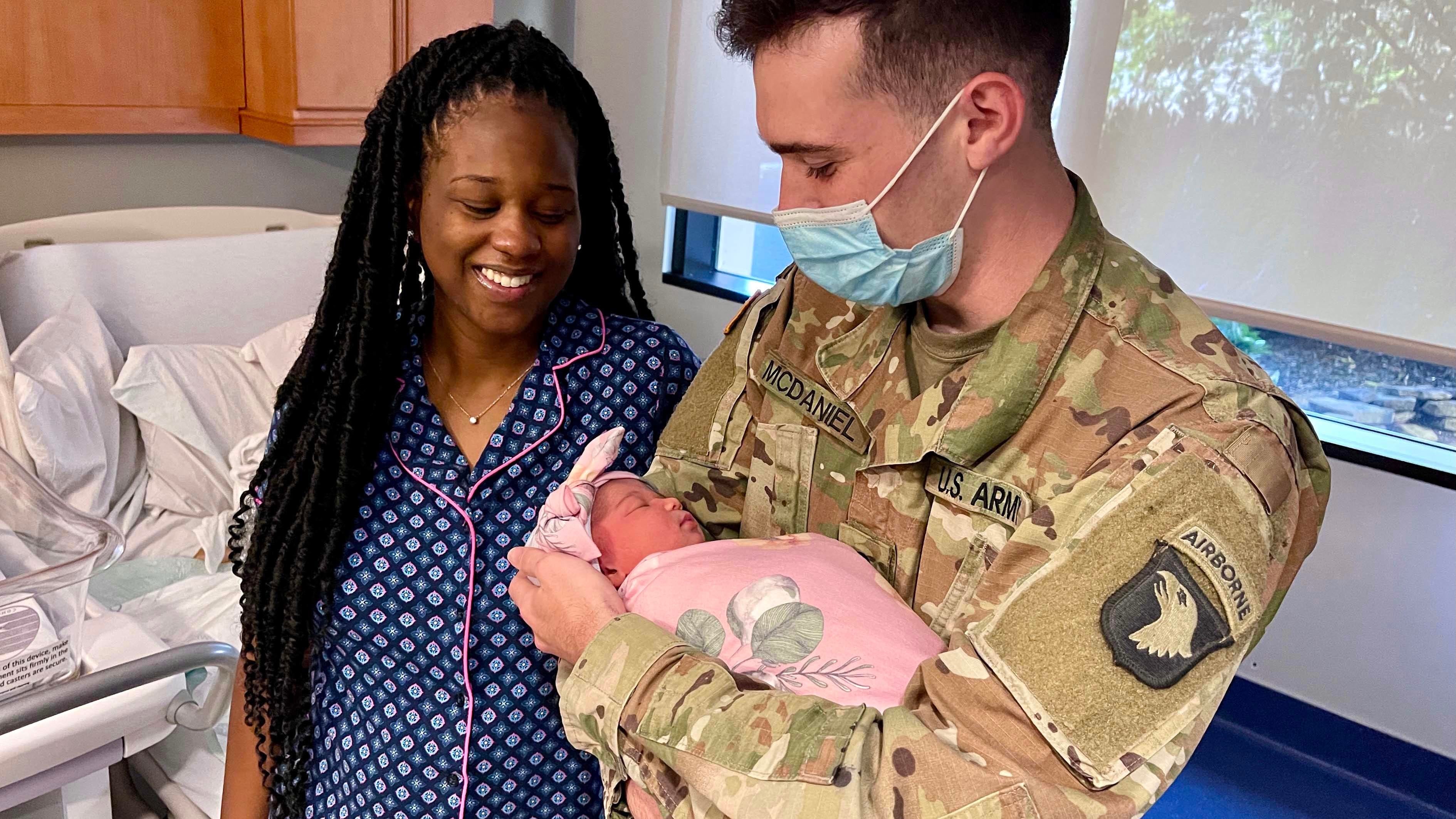 Soldiers will have more time to spend with their growing families under DoD’s recent expansion of its Military Parental Leave Program.

“It is important for the development of military families that members be able to care for their newborn, adopted or placed child or children,” Gilbert Cisneros Jr., undersecretary of defense for personnel and readiness, said in the memo announcing the expansion.

According to the memo, active and reserve component service members on active duty for 12 months or more who have given birth, adopted a child or had a child placed for adoption or long-term foster care with them will be granted 12 weeks of parental leave. The parental leave follows a period of convalescent leave for birth parents.

The expansion, which went into effect Jan. 4, supports military families “by streamlining and enhancing” parental leave for service members, according to the DoD release.

Before this change, primary caregiver leave was six weeks, and secondary caregiver leave was three weeks, according to an Army Military Parental Leave Program webpage from Dec. 13. The Army Military Parental Leave Program is included under Army Regulation 600-8-10, and it provides information regarding childbirth, adoption and parenthood.

Expanding the Military Parental Leave Program will “allow members to care for their children while balancing the needs of their unit,” the release said.

Service members who were on maternity convalescent leave or caregiver leave on Dec. 27, before the new policy went into effect, will receive the expanded parental leave as long as they had not used up their leave.

“Birth parents on six weeks of maternity convalescent leave or six weeks of primary caregiver leave as of 27 December will, with transition to the new policy, receive a combined total of eighteen weeks of non-chargeable leave following the birth of their child,” according to the release.

Members on caregiver leave, who are not birth parents, “will also transition to leave under the new policy and receive a combined total of twelve weeks of parental leave,” the release said.