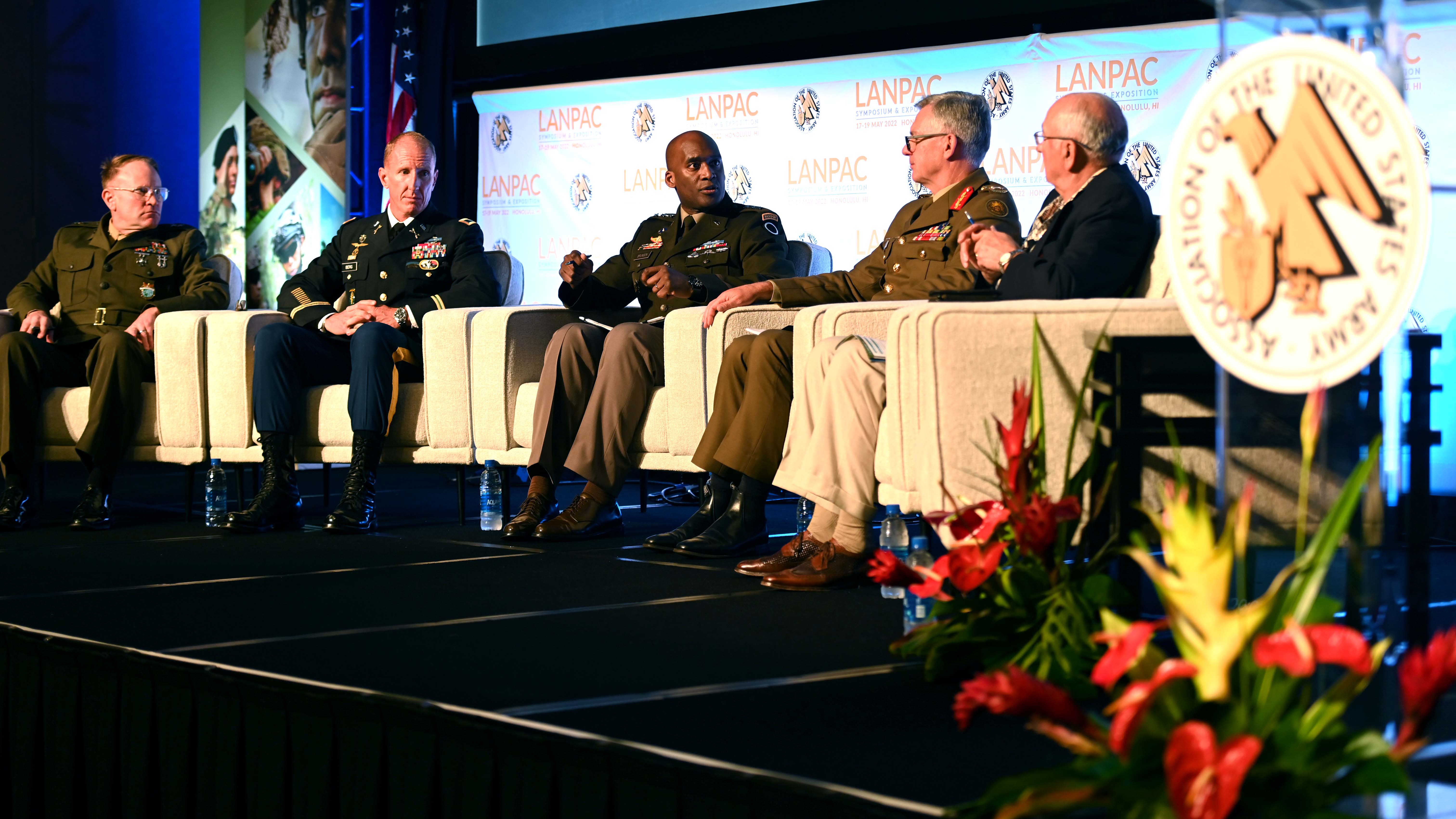 Strong partnerships are critical to deterring adversaries, particularly in the vast Indo-Pacific region, a panel of senior leaders said May 17 during the Association of the U.S. Army’s LANPAC Symposium and Exposition.

“I’m fond of saying, it doesn’t matter what the question is, the answer is partnerships,” said Lt. Gen Richard Burr, chief of the Australian army.

Speaking alongside Burr on the role of land forces in deterrence, Lt. Gen. Xavier Brunson, commanding general of I Corps and Joint Base Lewis-McChord, Washington, agreed.

“It’s going to take all of us to deter,” he said. Partnering with allies and partners has a “cumulative effect,” he said.

One critical element to building partnerships is presence, Brunson said. “Presence gives us positional advantage. Presence gives us the ability to respond in crisis,” he said. It also assures America’s partners that “should things go to crisis, we’ll be there,” he said.

Soldiers are already operating across the region, Brunson said, particularly through U.S. Army Pacific’s Operation Pathways, a series of exercises with partner armies in the Indo-Pacific.

“We’re maneuvering through the region,” he said, and as a result, “I come away with a soldier who’s culturally astute, he’s a technical expert and he’s regionally engaged.”

The Army also has an edge over a competitor such as China, Brunson said. “We have partnerships. This is not going on in Beijing right now,” he said, referring to LANPAC, which runs May 17–19 in Honolulu and features representatives from 25 Indo-Pacific nations. “We’re able to do to this and bring our partners here and have these discussions to increase our surface area across the Pacific.”

As the U.S. and its partners operate in the region, leaders must find “an artful balance,” said Marine Maj. Gen Christopher McPhillips, director of strategy for the U.S. Indo-Pacific Command.

The crisis in Ukraine also is a “very good example” of what can happen when countries are “united around a shared interest,” Burr said.

The ability of NATO and other nations to come together to support Ukraine has “been impressive, and that needs to be amplified because many things are related here,” Burr said, including “sovereignty, shared interest, standing up for what’s right … [and] building that familiarity of working with each other in good times and tough times.”