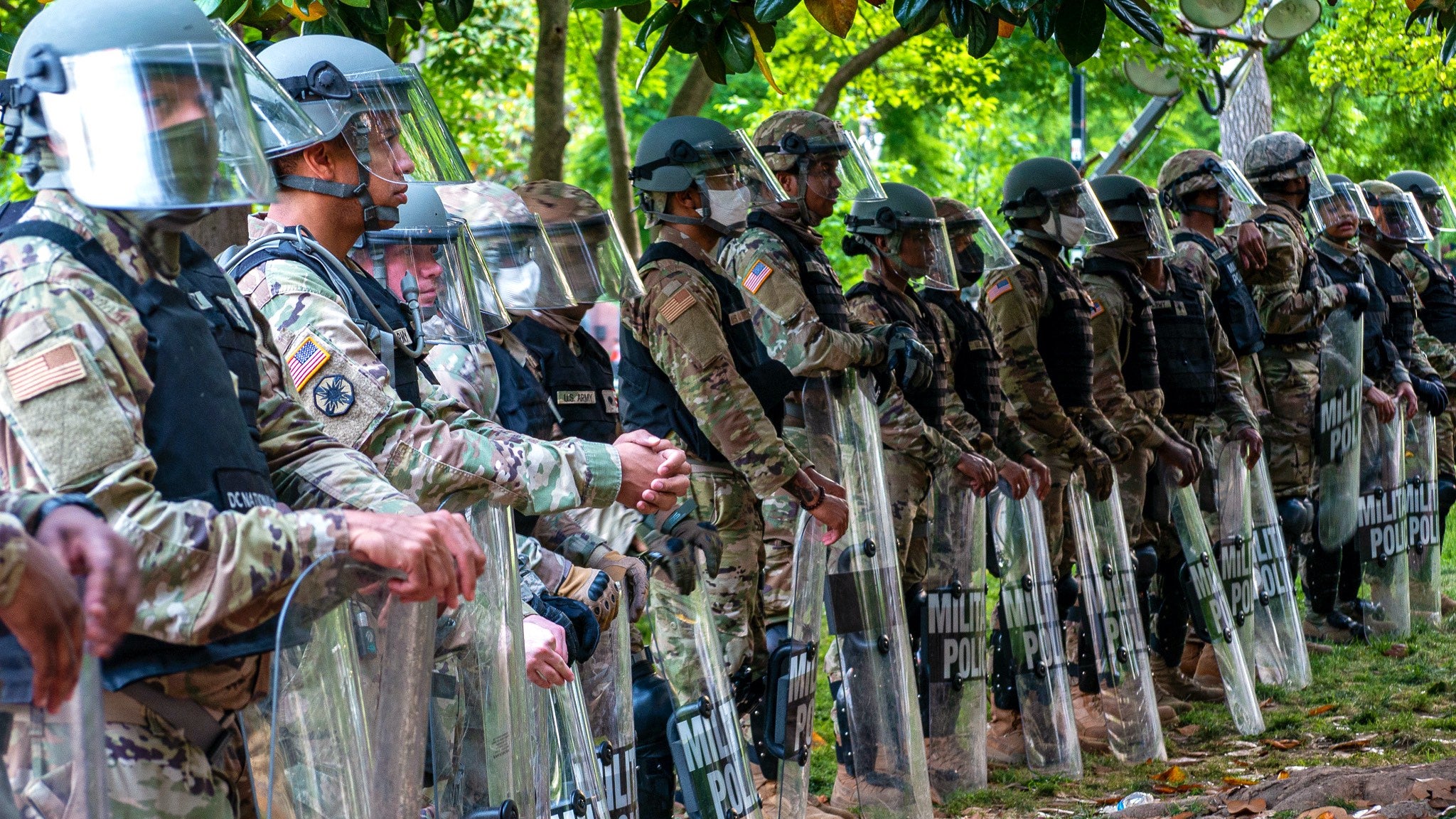 National Guard troops, not active-duty forces, are best prepared and trained to support civilian authorities, as they did during recent demonstrations across the country, the Pentagon’s top leaders told lawmakers July 9.

“Using active-duty forces in a direct civilian law enforcement role should remain a last resort and only in the most urgent and dire of situations,” Defense Secretary Mark Esper said, citing his prior service as a soldier and member of the National Guard.

He added that “no active-duty military units engaged protesters or otherwise took direct part in civilian law enforcement or federal protection missions in the District of Columbia or anywhere else in the country.”

Esper and Chairman of the Joint Chiefs Gen. Mark Milley testified before the House Armed Services Committee on DoD’s response in late May and early June as thousands of Americans across the country participated in protests and demonstrations after the death of George Floyd.

Floyd, a Black man, died May 25 after he was restrained by Minneapolis police officers. Four officers have been fired and charged in Floyd’s death.

At the peak, about 43,000 National Guard troops in 33 states and Washington, D.C., were mobilized to support local authorities and law enforcement.

“I’m incredibly proud of the professionalism of the citizen-soldiers who make up our National Guard,” he said, adding that the past few months have been “exceptionally challenging,” and the Guard has also been integral to supporting COVID-19 response efforts across the country.

Esper and Milley also reiterated DoD’s efforts to eliminate racism from the ranks.

Floyd’s death “amplified the pain, the frustration, the fear that so many of our fellow Americans live with day in and day out,” Milley said. “We as a nation and as a military are still struggling with racism, and we have much work to do. We who wear the cloth of our nation understand that cohesion is a force multiplier. Divisiveness leads to defeat.”

Equality and cohesion are “a matter of military readiness, not just political correctness,” he added.

To start, DoD has three new initiatives to promote equal opportunity, diversity and inclusion, Esper said. This includes asking leaders for “concrete ideas” that can be implemented quickly, such as removing photos from promotion and selection boards, a move the Army recently announced will take effect for the service on Aug. 1.

DoD also is establishing two groups, one internal to DoD and one made up of an independent and diverse group of Americans, to provide senior leaders with recommendations and advice over the long term.

“These are just the first steps toward shifting our culture and creating lasting change across our enterprise,” Esper said. “In doing so, we will build a better force.”