Defender-Europe Exercise Kicks Off in Albania

Defender-Europe Exercise Kicks Off in Albania 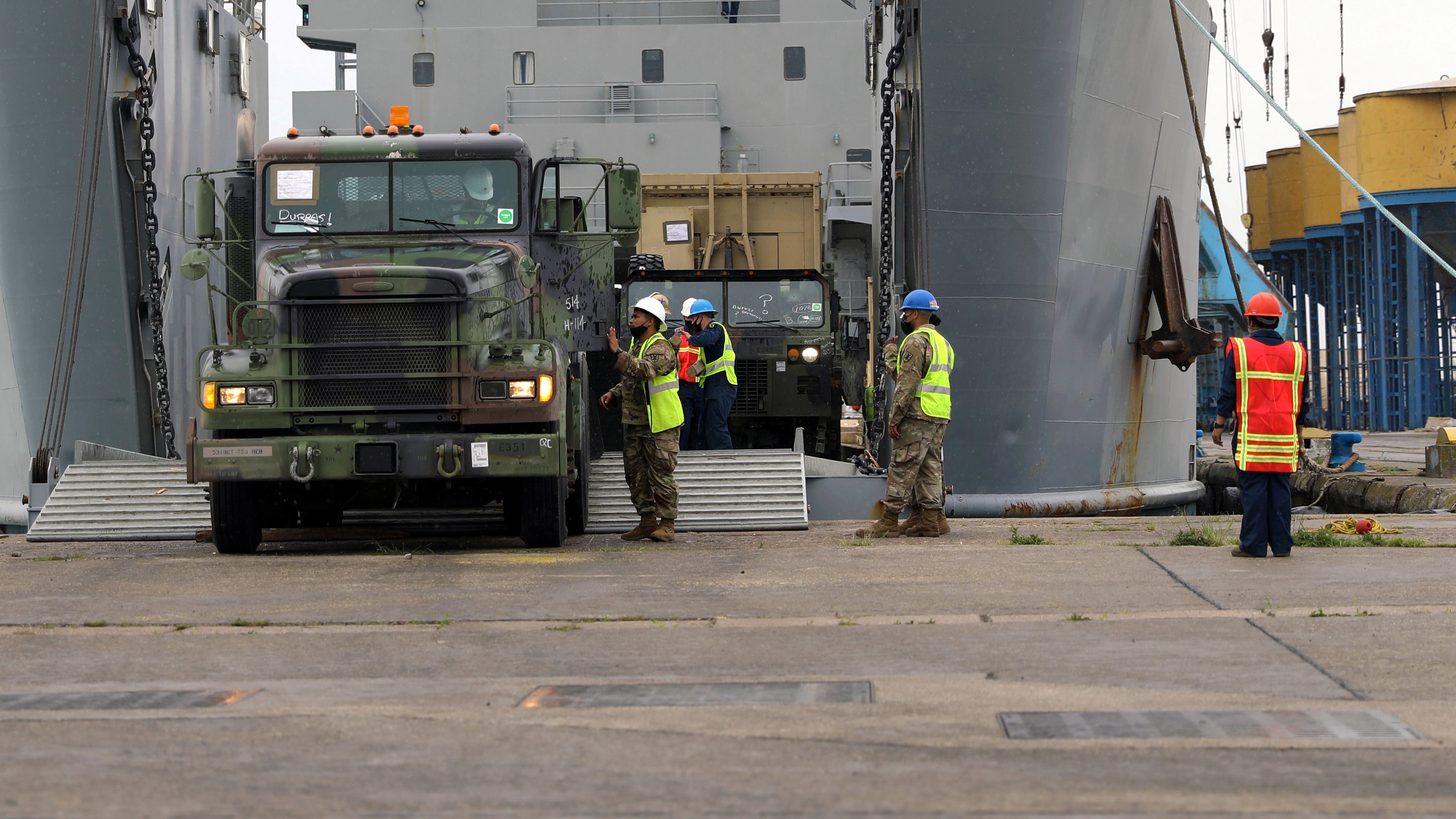 Defender-Europe 2021, the large-scale Army-led exercise involving 30,000 U.S. troops and NATO forces from 26 nations, kicked off May 4 and will continue through June with several linked exercises across the continent.

The Army began deploying soldiers and equipment from U.S. ports and installations in mid-March to participate in Defender-Europe, which will feature nearly simultaneous operations across more than 30 training areas in more than 10 countries.

It will be the first major exercise under the command of the newly combined U.S. Army Europe and Africa, and it will focus on demonstrating the command’s ability to serve as a combined/joint forces land component command for large-scale ground combat operations across multiple theaters.

The purpose of the exercise “is to test our mettle in the full gamut of experiences that we engage in in the military,” Air Force Gen. Tod Wolters, commander of U.S. European Command, said at the exercise’s opening ceremony May 4 at Port Durres, Albania.

Throughout Defender-Europe 21, Wolters said, “we will take a look at joint forcible entry, we’ll improve our integrated air and missile defense, we’ll engage in live-fire exercises, and we’ll culminate with a command post exercise. Those events force us to improve our muscle and our intellect, but at the end of the day, we hope, and we know, that we will improve our readiness in all domains.”

Some 10,000 U.S.-based active, National Guard and Army Reserve soldiers will join 7,000 American service members already in theater and more than 14,000 NATO ally and partner troops. They will train in several regularly occurring exercises, including Immediate Response, Saber Guardian and Swift Response, from the Baltics to Africa, and to the Black Sea and Balkan regions.

Defender-Europe 2020, which was to be the Army’s largest exercise in Europe in decades, was scaled back as the COVID-19 pandemic took hold. This year, a strict COVID-19 prevention and mitigation strategy will be in place for the U.S. and participating nations.