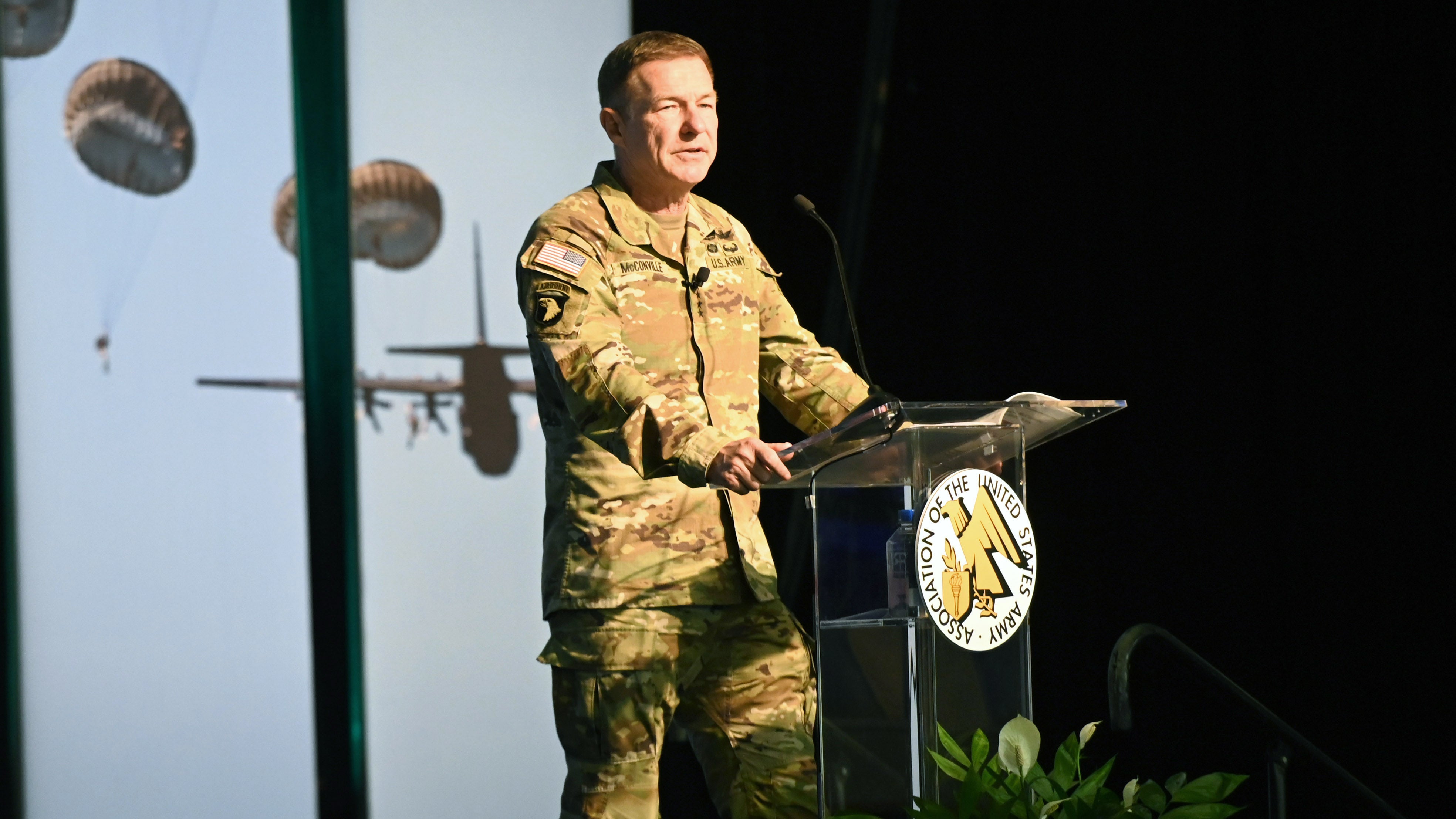 From COVID-19 response to supporting allies and partners in Eastern Europe, the Army has shown it is ready, versatile and able to respond quickly whenever the nation calls, the service’s top general officer said.

“We can do a lot of things that the nation asks us to do, but that’s not really our reason for being,” Army Chief of Staff Gen. James McConville said July 28. “The Army exists for one purpose, and that’s to protect the nation by being ready to fight our nation’s wars along with the joint force. We are a warfighting organization, and we should never forget that.”

The keynote speaker to open the second day of the Association of the U.S. Army’s inaugural Warfighter Summit and Exposition near Fort Bragg, North Carolina, McConville said the Army is living in “very, very challenging times.”

“I’m not sure, in my 41-plus years of service, I’ve seen a more potentially dangerous time for our country and for our military,” McConville said.

At Fort Bragg alone, the Army has called on its soldiers to respond to several no-notice missions, McConville said. “We’ve asked a lot of the troops from Fort Bragg,” he said.

The XVIII Airborne Corps is deployed to Europe to bolster allies and partners there amid the fighting in Ukraine, while the 82nd Airborne Division just returned from there, he said. “For those in the 82nd, we have deployed you four times, no-notice, in the last three years, and every single time, you have excelled,” McConville said.

It’s appropriate that the Warfighter Summit is being held near Fort Bragg, he said. “We’re here at Warfighter Town, USA,” he said. “This is where the greatest units in the world train, live and deploy from.”

It’s also fitting that a summit focused on the warfighter is taking place now, as the U.S. faces the “acute threat” of Russia and the “pacing threat” of China, McConville said.

“As we talk to many of our European colleagues and our allies, it was unimaginable not too long ago that we could have an unprovoked attack like this on the European continent,” he said about Russia’s invasion of Ukraine.

In the Indo-Pacific, China has an economy “nearly equal to ours or, depending on how you measure it, bigger than ours,” and it is building a “world-class military to challenge us and to challenge the world order,” McConville said.

The Army also can’t take its eye off other persistent threats, including North Korea, Iran and violent extremist threats, he said. “It’s a very, very busy time for our military and our Army,” he said.

This is why it’s important for the Army to remain focused on the threats of today but also the challenges of tomorrow, particularly as the force transitions its focus from counterinsurgency and counterterrorism operations to irregular warfare and large-scale combat operations, McConville said.

“For many of our leaders, this is an inflection point,” he said. “It’s a major shift in how we do business.”

What’s certain is the Army will face a future fight where it is contested in all domains—land, sea, air, cyber and space—and it will have to be nimble and mobile while contending with communications and navigation systems that are jammed or degraded, McConville said.

The Army also is taking close notes on lesson learned from the fight in Ukraine, McConville said.

“There are lots of lessons to be learned about what’s happening in Ukraine, which if our doctrine works, which of our weapons systems work,” he said. “We’re going to take advantage of that and take the lessons we need to set the Army on the right path for the future.”