Cyber in Danger of Losing Ground

Cyber in Danger of Losing Ground 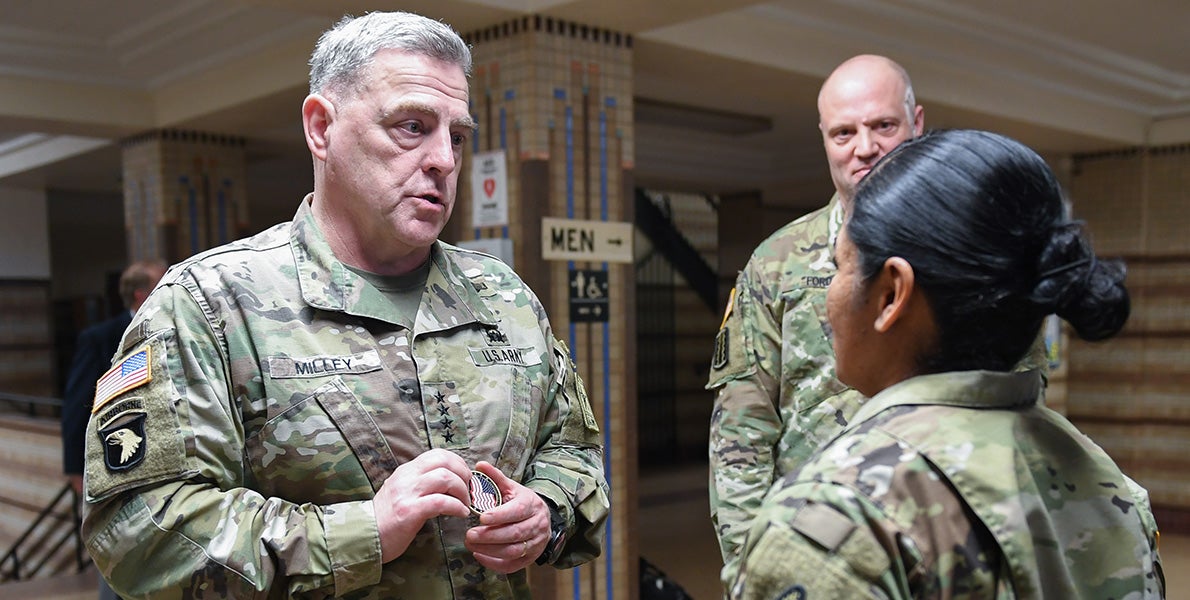 Cyber is war’s newest domain and one of the most complex and fastest-growing areas in the Army. But progress in developing the right capabilities is in danger of losing ground as the fight for reliable funding grinds on in Congress, Army Chief of Staff Gen. Mark A. Milley recently told the House Armed Services Committee.

Significant damage can be done to America’s adversaries through the use of cyber, but cyber also is available to the enemy, so it’s “really important that we as a military, and the Army's playing its role, develop both offensive and defensive cyber capabilities,” Milley said.

Milley and the other service chiefs were summoned by the committee to explain the potential impact of a budget impasse on their respective services. Among the list of issues that would be negatively affected by irregular funding, Milley said, would be the Army’s ability to continue the pace of growth of the U.S. Army Cyber Command and to hire people with the expertise needed to ensure continued success.

“The impact of the continuing resolution means that we're not going to be able to finish the facilities at Fort Gordon,” Milley said, referring to the Cyber Center of Excellence at Fort Gordon, Ga. “It means,” he continued, “that the National Guard is not going to be able to field their cyber-protection teams—their defense teams for the National Guard. And we will not be able to continue the level of training that we need to do for the teams that are already formed in the Regular Army.”

Recruitment of “cyber warriors” will likely be hurt too, Milley said. “It's a new branch in the Army. Of thus far we've … had great success,” but an unreliable source of funding will “stop that momentum right in its tracks.”