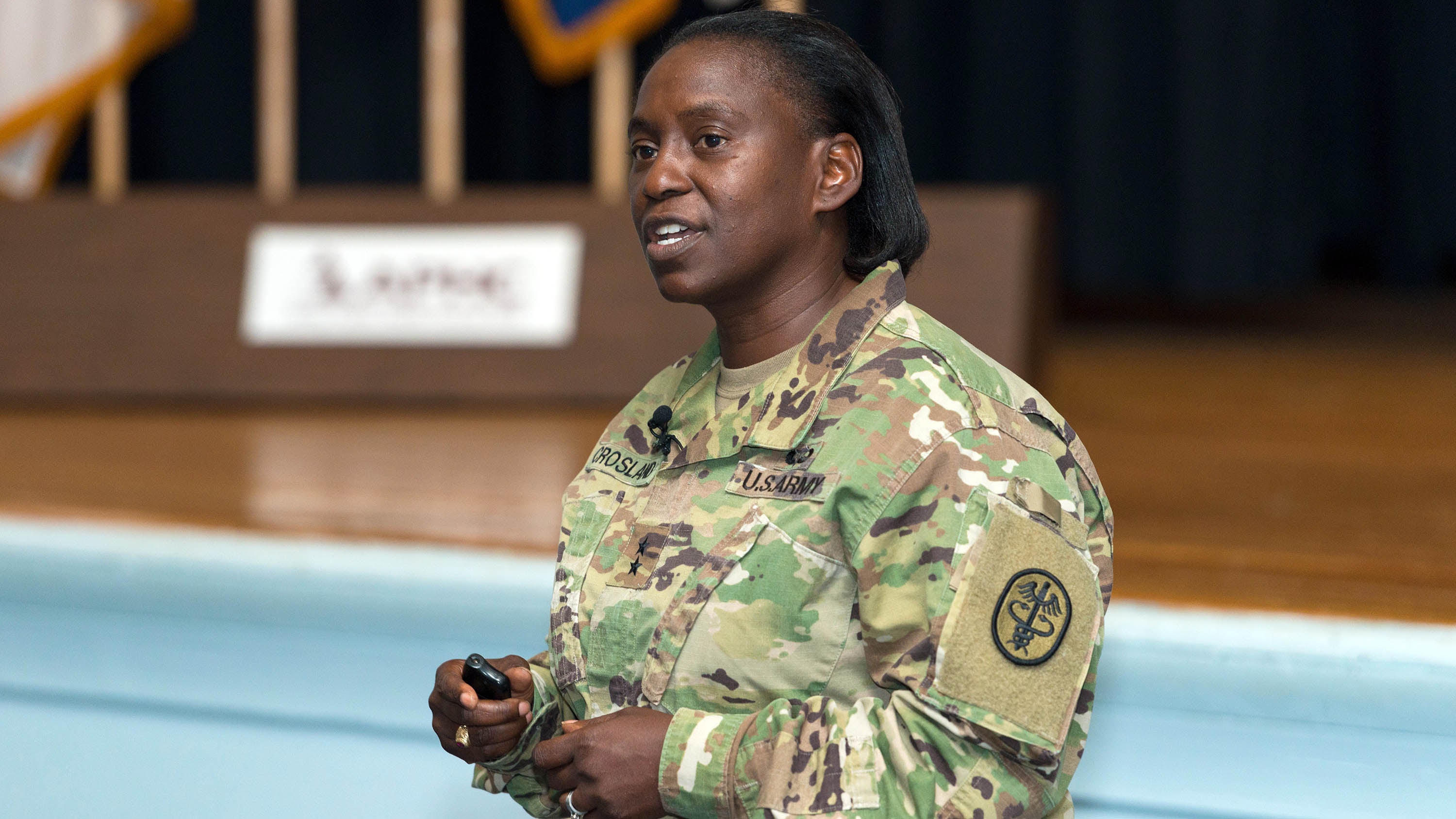 Maj. Gen. Telita Crosland is the new director of the Defense Health Agency, becoming the first Army woman to lead the agency.

Crosland, who most recently was deputy Army surgeon general and deputy commander for operations of Army Medical Command, was confirmed by the Senate for promotion to lieutenant general and is scheduled to receive her third star at a ceremony on Jan. 20.

“It’s humbling to stand here before you as the fourth director of DHA,” Crosland said during a Jan. 3 ceremony at the agency’s headquarters in Falls Church, Virginia, in which she succeeded outgoing director Lt. Gen. Ronald Place.

As she takes on her new role, Crosland said she was asked how she was feeling “at least a dozen times today.”

“I said, ‘Well, any person in their right mind would feel a little bit overwhelmed, but mostly what I feel is excited,’ ” she said. “I love what we do in our military health system in service to our country and those we are privileged to serve.”

A 1989 graduate of the U.S. Military Academy at West Point, New York, Crosland takes over a joint, integrated DoD medical system of more than 700 hospitals and clinics and a combined workforce of over 145,000 Army, Navy and Air Force military and civilian staff.

Established in 2013, the Defense Health Agency is a combat support agency that provides a wide number of shared health services across the military health system. These include managing Tricare benefits, providing pharmacy and medical logistics, performing medical research and development and operating health information technology systems, all aimed at providing integrated and efficient service to the joint force.

In addition to her medical degree, Crosland also holds a public health master’s degree from the Uniformed Services University of Health Sciences and a master’s in national resource strategy from the Eisenhower School.

“You’re getting someone who knows what it means to lead and understands the challenges that our people in the field face,” Place said during the ceremony. “She understands our military mission as well as any medical officer does … and I know from working directly with her, she’s a leader who gets things done.”