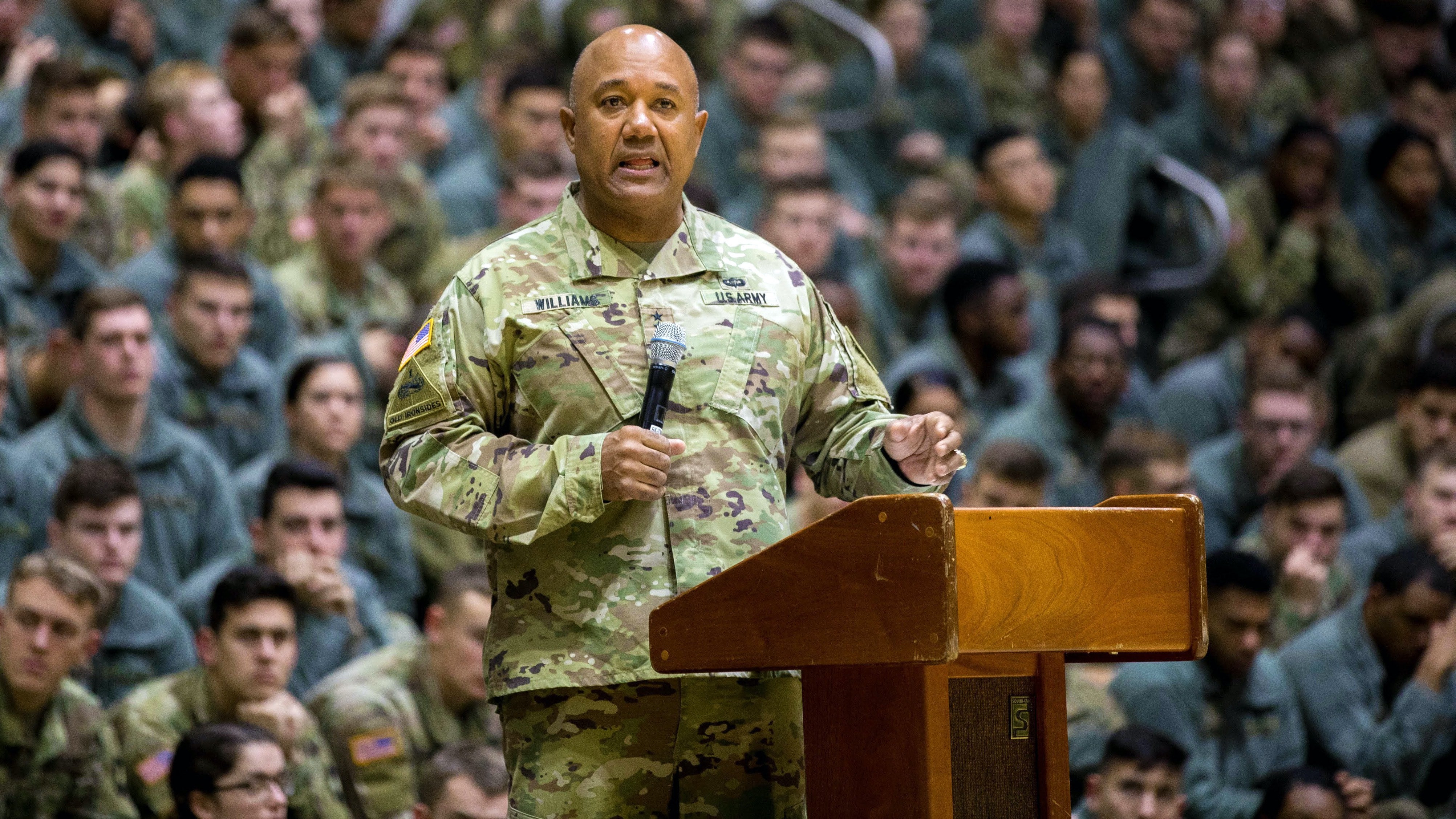 Treating everyone in the Army with “dignity and respect” is the way to build cohesive, ready teams, where people feel “part of a squad rather than in a squad,” the U.S. Military Academy superintendent said Sept. 2 during an Association of the U.S. Army-sponsored discussion about race in the Army.

“We win through people, the Army’s greatest strength, specifically through cohesive teams,” said Lt. Gen. Darryl Williams, West Point’s 60th superintendent. “Racism has no place at the United States Military Academy,” he said, stressing that culture and character growth are key parts of the academy’s education.

Williams spoke as part of The AUSA Noon Report, a free webinar that included Maj. Gen. John Evans, Army Cadet Command commanding general, and Sgt. Maj. Julie Guerra, a 26-year Army veteran who spoke about her perception and perspective on gender and race in the military. Guerra is assigned to the Army G-2. This was the fourth AUSA webinar in a series looking at race and inclusion topics.

Williams, who is the first African American superintendent at West Point, said he’s proud to have the most diverse class in the history of the academy. Building diverse and effective teams is one of his priorities. “We win because of our diversity,” he said.

The Class of 2024 that arrived at West Point in June includes record numbers of women—301 cadets— and African Americans, 207 cadets. The class also includes 121 Hispanics, 108 Asians and 14 Native Americans.

Evans said the Army is also pushing diversity in Reserve Officer Training Corps programs, building an Army that will have more diversity among its future leaders, who traditionally come from combat arms branches.

To help this happen, the Army has been sending combat arms officers to historically Black colleges to talk about opportunities, Evans said. Similar programs will be detailed to historically Hispanic schools, he said. “We are suffering a deficit there. At senior levels, we need to do better.”

Evans said the Army generally has a more diverse officer corps than the other services.

As a Hispanic woman in a male-dominated career field—military intelligence—Guerra said she has felt she’s needed to work harder to earn “street cred.”  She said she still deals with problems getting the same respect as a man would in the same job.

Mentors have helped, she said, along with her strong work ethic and reputation. “I mentor everyone,” she said, adding that she believes it is important at every level in the Army the grab the hand of the person behind you to help them kick down doors.

“I mentor females, Hispanics, Black, Asian and white males,” she said, noting that they come “from all across the Army and all grades.”