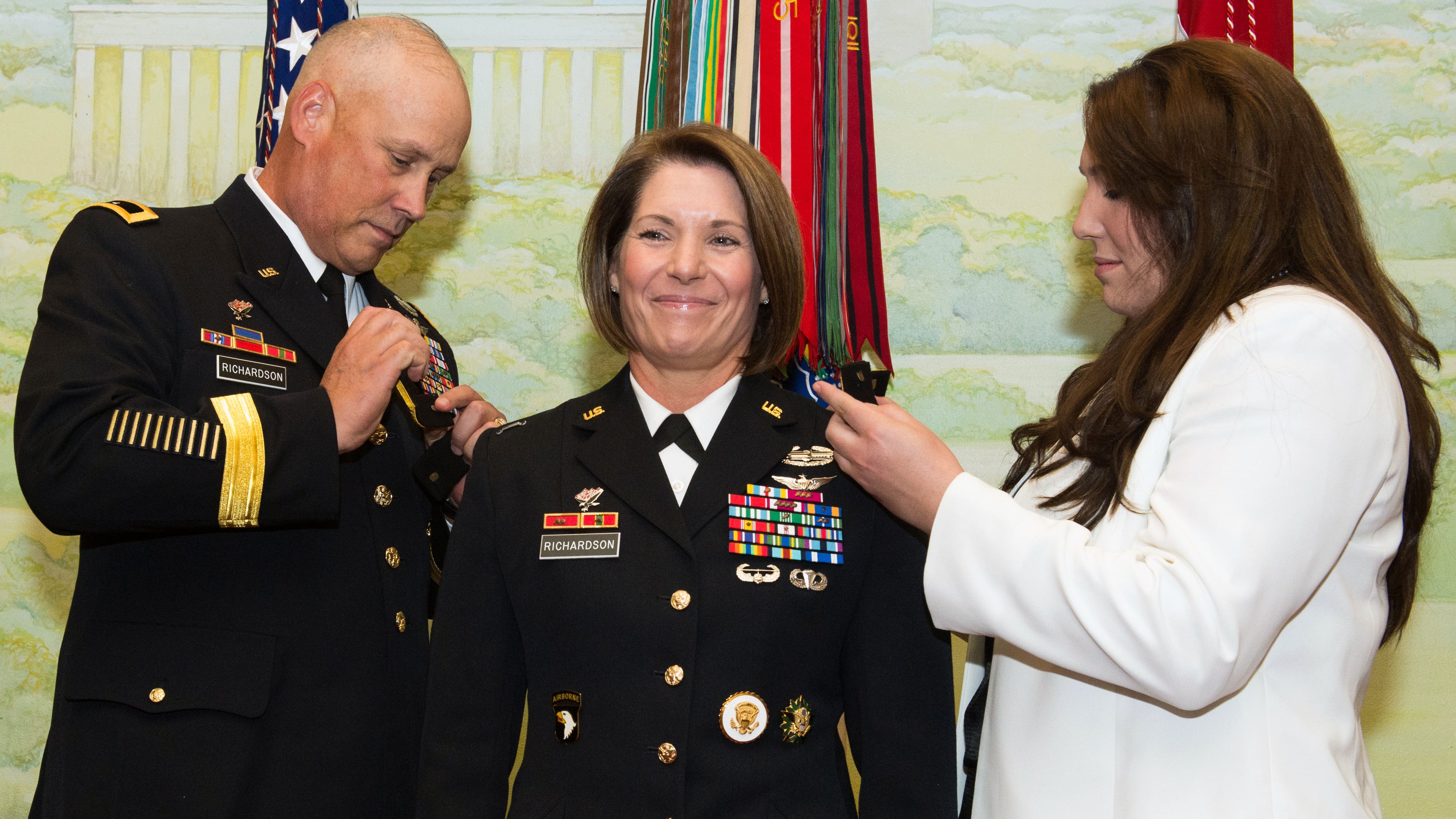 Resources, planning and communication are key ingredients for success in a military family—just ask the Richardsons, the only married three-star generals in the Army.

While it isn’t easy, it’s possible to juggle service, family and assignments, the Richardsons told the crowd at the Joint Women’s Leadership Symposium in Washington, D.C., on Aug. 22.

“It’s not about me, it’s not about her, it’s about the team,” said Lt. Gen. James Richardson, deputy commander of U.S. Army Futures Command. “That’s how we got through. We communicated [and] we helped each other in our careers as we moved up.”

Throughout their time in uniform, the Richardsons have formed a formidable Army couple, filling key leadership roles across the force. James Richardson’s previous assignments include deputy commanding general of III Corps and commander of the Army Aviation and Missile Command.

As they’ve served in the Army, they’ve found that the service tries its best to keep families and spouses together, James Richardson said.

It comes down to retention, Laura Richardson added. The Army continues to look into the retention of soldiers as it shapes policies affecting family readiness, such as maternity and paternity leave, secondary caregiver leave and the Army’s Career Intermission Program.

“How long have you been in and the training you’ve received, we can’t make you again just like that in a couple months, it really takes years,” Laura Richardson said.

She added that managing permanent change-of-station moves, assignments and career goals in a dual-military marriage requires planning—and relying on the various resources offered by the Army.

“There are a lot of resources there, you’ve just got to tap into them,” she said. “You have to know where the resources are. For the Army, it’s pretty much the Army Community Service but also the Soldier and Family Readiness Groups.”