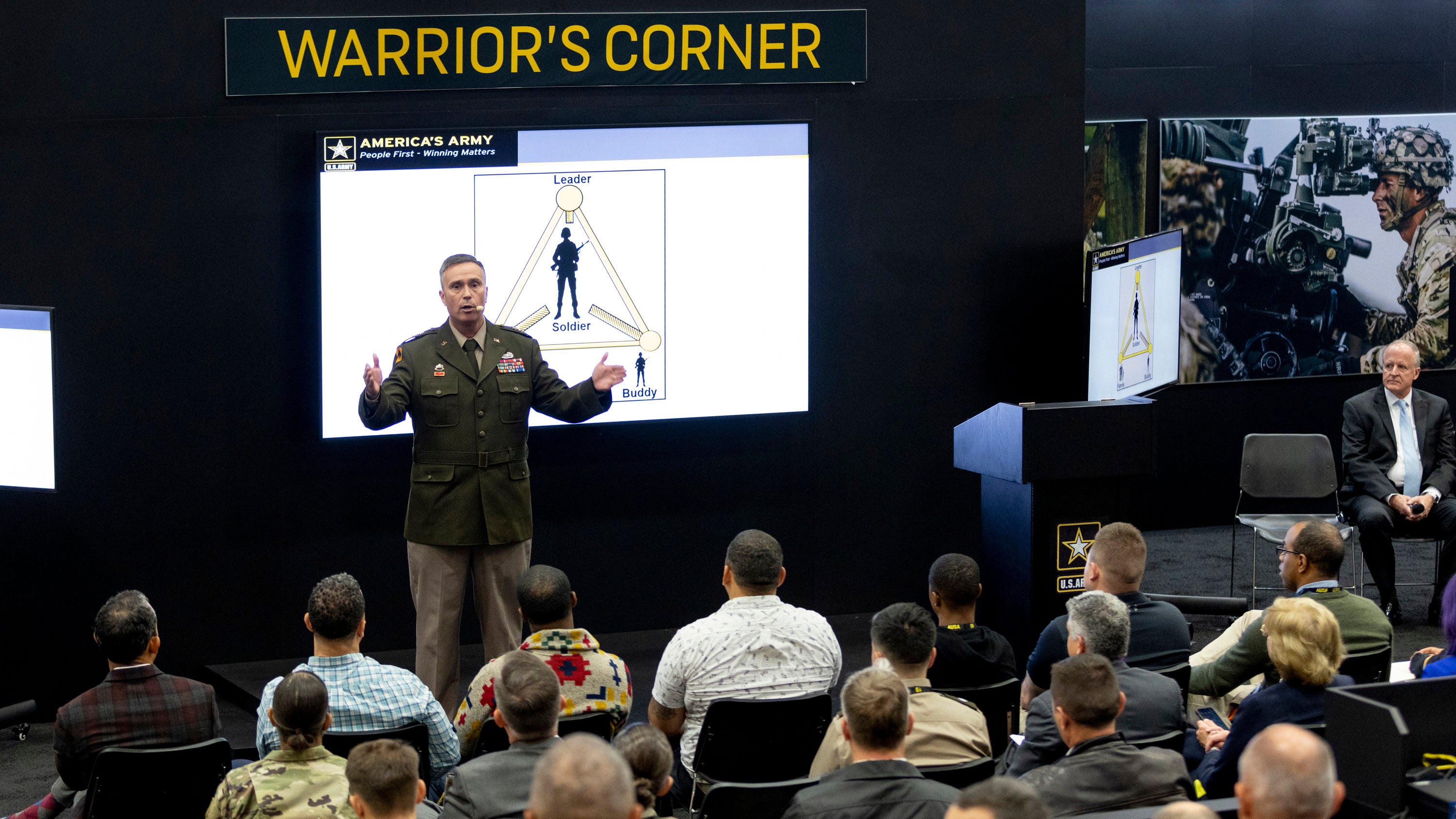 Creating cohesive teams and a healthy command climate are critical to preventing harmful behaviors such as suicide, sexual assault and harassment and substance abuse, the leaders of the Army’s People First Task Force said Oct. 12.

Speaking at the Warriors Corner during the Association of the U.S. Army’s Annual Meeting and Exposition, Maj. Gen. Christopher Norrie, the task force director, said that “cohesive teams—soldiers that are connected to family, unit and friends—are foundational to the Army. This is what ‘People First’ means.”

In combat, soldiers rely on their teammates, and the same should apply at all times and locations, Norrie said. “We rely on those cohesive teams to innovate, to adapt, to fight and to win. They do that because they’re connected,” he said.

Fundamentally, “this is about who we are as an Army,” Norrie said.

This means creating an environment “where conditions that don’t allow harmful behavior to happen,” she said, emphasizing the importance of quality-of-life programs and peer-to-peer mentorship.

At the installation level, leaders must prepare soldiers and families to make good mental and emotional decisions and enhance a sense of community, both on and off post, said Jonathan Hunter of the People First Task Force.

Increasing protective factors such as life skills and crime prevention and decreasing risk factors like economic insecurity and social isolation creates a positive command climate where unhealthy behaviors are less likely to occur, he said.

“The goal is to align resources to problems with a whole-of-community approach,” Norrie said.