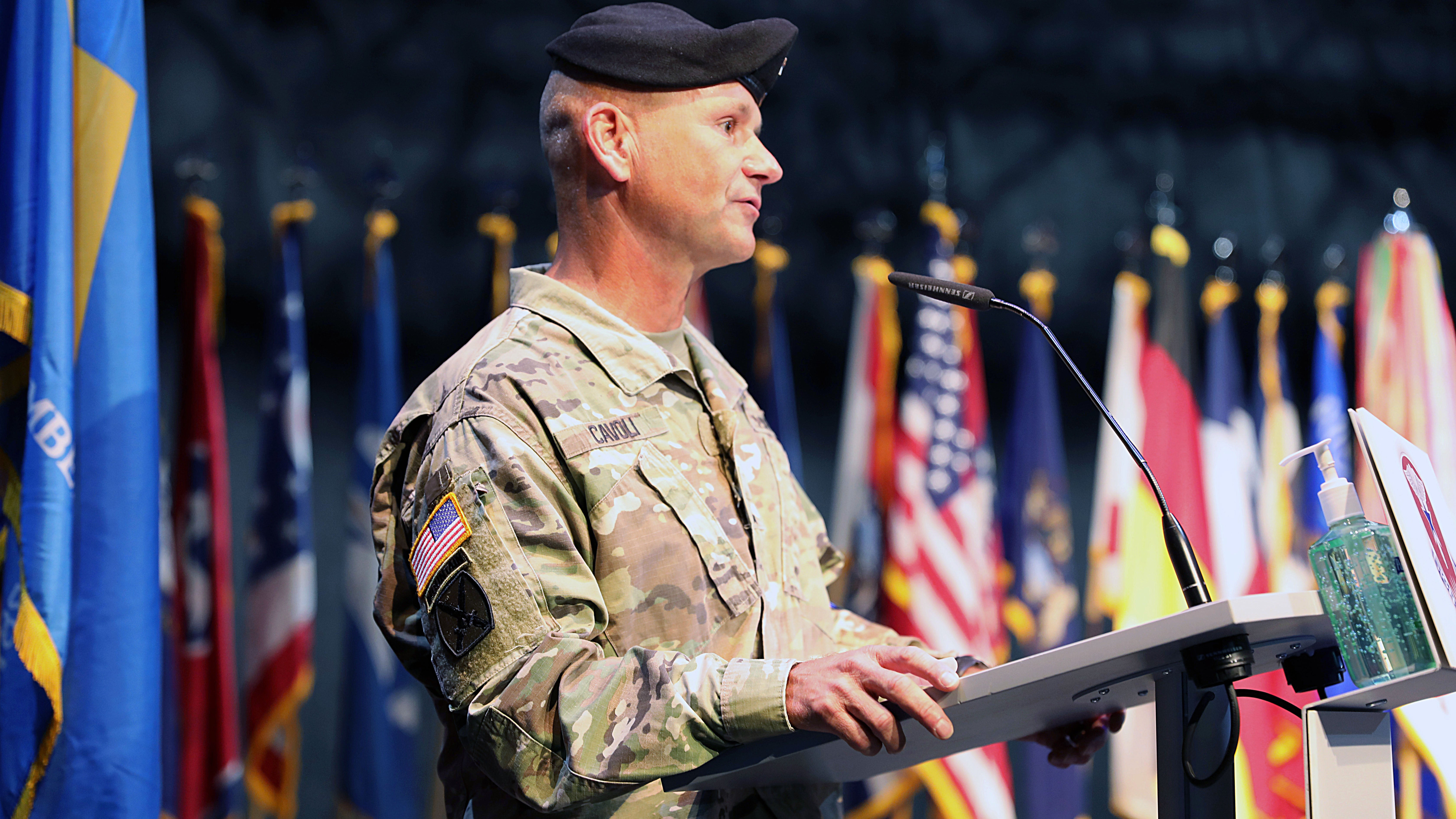 Gen. Christopher Cavoli, commander of the newly consolidated U.S. Army Europe and Africa, will speak Feb. 3 at a webinar hosted by the Association of the U.S. Army.

The event, part of The AUSA Noon Report series, begins at noon Eastern. It is free, but registration is required here.

In addition to discussing the command, Cavoli will talk about Defender-Europe 21, an upcoming multinational exercise that’s expected to include 31,000 U.S., allied and partner troops from 26 countries operating across more than 30 training areas in more than a dozen nations.

Cavoli, Army Europe’s commander since January 2018, received a fourth star and was tapped to lead the new command.

“The European and African theaters are inextricably linked,” Cavoli said in November. “Their close geography and economic ties mean that regional security issues span both continents. In today's modern security environment, we need to think across the entire hemisphere and not artificially divide problem sets—this consolidation allows that.”

The consolidation is expected to be completed by the end of fiscal year 2022.

Cavoli has served in a variety of positions throughout the U.S., Europe and Asia. His previous commands include the 25th Infantry Division, the 7th Army Training Command and the 1st Armored Division’s 3rd Brigade Combat Team.