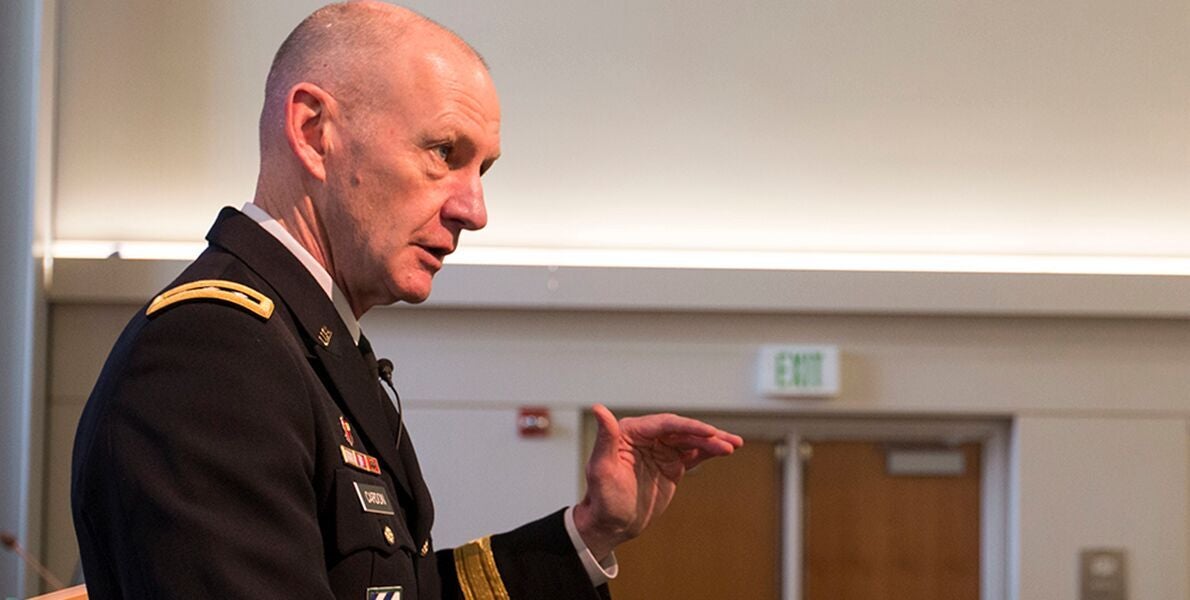 New personnel and career management policies are needed to help the Army continue to effectively build and shape its cyber force, the former chief of U.S. Army Cyber Command said.

“We must not only recognize the fundamental changes that cyberspace brings to warfare, but how to organize and equip our forces to make the best use of its enormous potential,” said Lt. Gen. Edward C. Cardon, who led the command for three years before becoming chief of the Army’s Office of Business Transformation in October.

Cardon spoke Dec. 13 at a Gen. Bernard W. Rogers Strategic Issues Forum, hosted by the Association of the U.S. Army’s Institute of Land Warfare. The forum was held at AUSA’s Conference and Event Center in Arlington, Va.

Even with six-year enlistments and no waivers allowed, cyber force recruiting is going very well, Cardon said, adding that his former command usually reaches its annual recruiting goal in the first quarter of the year.

The reason, he said, is obvious: Young cyber recruits can get paid to learn cutting-edge, high-tech skills that are in very hot demand in the private sector. “So then the challenge is, how do you keep them in?”

Cardon believes the Army’s personnel processes “have to be adapted to reflect the unique human characteristics of cyber talent. This talent remains in high demand, takes time—sometimes years—to develop, and strains against the traditional career paths our Army has maintained for decades.”

One specific change, he said, should be to develop options for the best cyber warriors to more easily move back and forth “between private industry and uniformed service without loss of clearances or promotion potential.”

“Just as important, we need senior leaders who clearly understand the technology and see the future that’s upon us,” Cardon said. “We must be seeking senior leaders flexible enough to grow with this constantly evolving domain, and agile enough in their thinking to seize the opportunities it presents and integrate them with our proven strengths.”