Brooks Steps Down in South Korea

Brooks Steps Down in South Korea 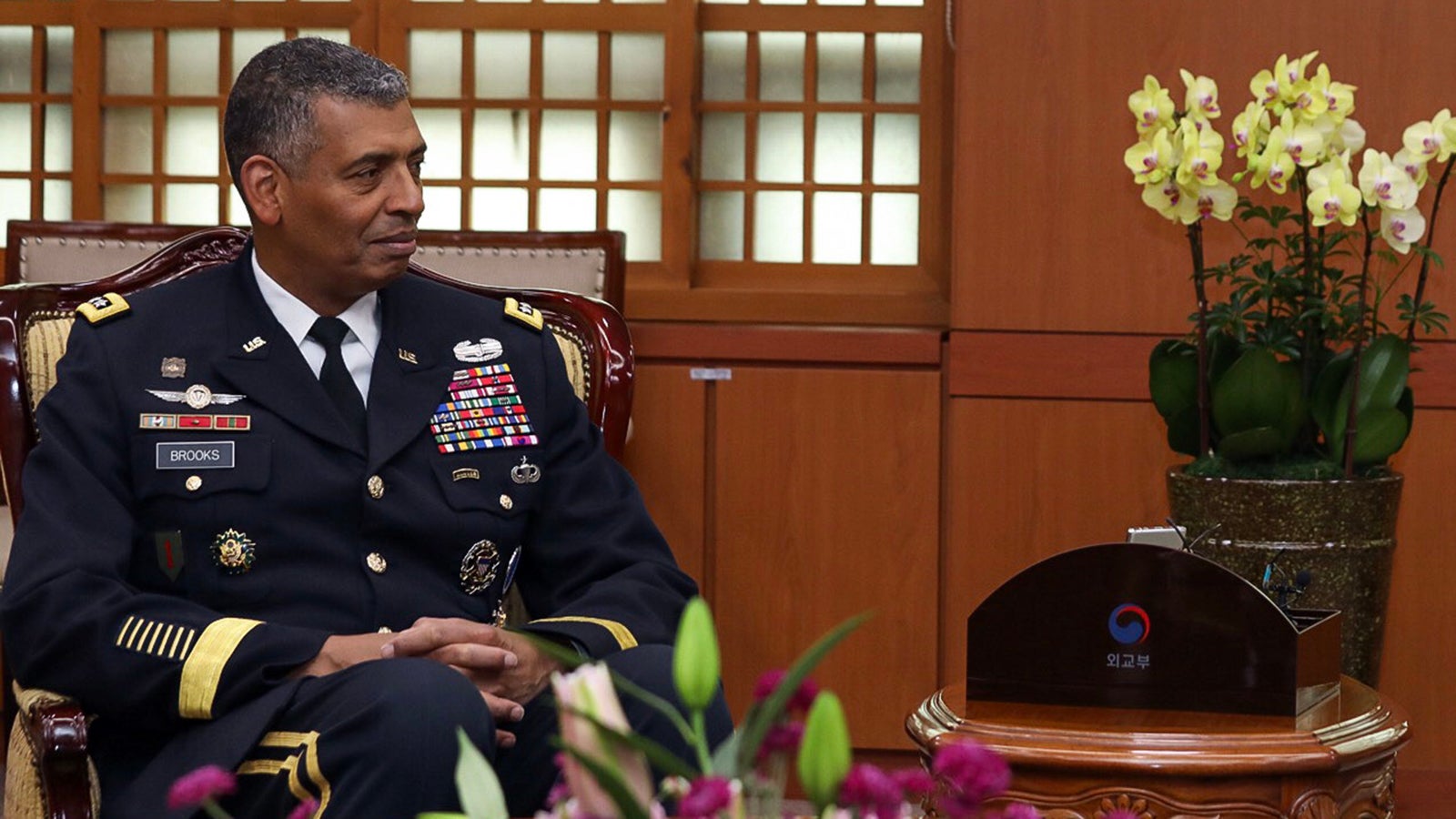 Brooks, who has been in command for two years, will hand over the reins of the joint force of about 28,000 troops to Gen. Robert B. Abrams, former commander of the U.S. Army Forces Command.

Born Oct. 24, 1958, in Anchorage, Alaska, Brooks grew up in an Army family. He graduated from the U.S. Military Academy in 1980 with the distinction of having been appointed Cadet Brigade Commander of the U.S. Corps of Cadets, or “First Captain,” becoming the first black cadet to hold the highest position achievable for a West Point cadet.

Brooks held advisory positions in the Joint Chiefs of Staff, was lead strategic planner for the global war on terrorism and was deputy director of operations at the U.S. Central Command, where he also became spokesman as operations kicked off in the Middle East after 9/11. Following that assignment, he served as deputy commanding general of the 1st Cavalry Division in Baghdad. He later commanded the 1st Infantry Division and Third U.S. Army/U.S. Army Central, before taking command of U.S. Army Pacific and later U.S. Forces Korea.

In 2013, Brooks took over at U.S. Army Pacific, and in 2016 took on his current and last assignment as commander of U.S. Forces Korea and U.N. Command/Combined Forces Command.

In addition to his degree from West Point, Brooks holds a Master of Military Art and Science from the School of Advanced Military Studies at the Command and General Staff College, Fort Leavenworth, Kan., and an honorary Doctor of Laws degree from the New England School of Law. His father, Maj. Gen. Leo A. Brooks Sr., and his older brother, Brig. Gen. Leo A. Brooks, each retired after Army careers.