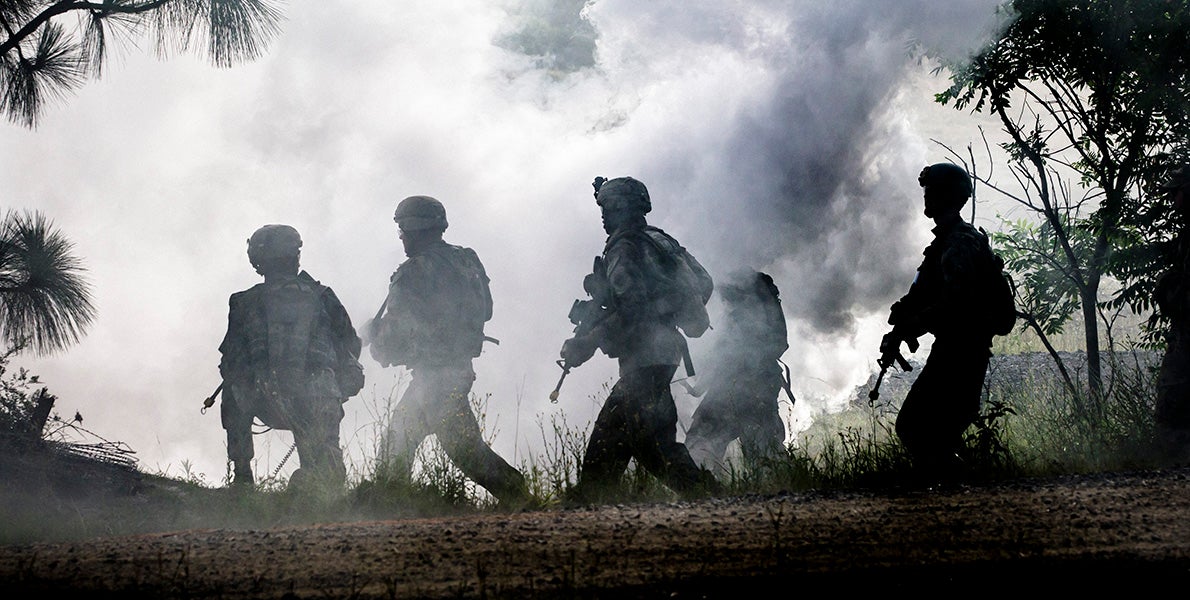 A Brookings Institution defense and foreign policy expert says the Army needs to stop reducing active-duty troop strength so the service is sized to handle one large-scale military operation at the same time it performs two smaller missions.

The recommendation of Michael O’Hanlon, a Brookings Institution senior fellow, is included in an analysis of the current defense budget, “The $650 Billion Bargain.”

He calls for an active-duty Army of about 470,000 soldiers rather than continuing a drawdown that would bottom out at the end of fiscal year 2018 with 450,000 soldiers. The Army, he writes, already is “at the lower end of the reasonable range of where its force structure and end strength should be.”

O’Hanlon’s plan would keep Total Army troop levels at just over 1 million. He bases his calculation on the presumption that the Army needs to be sized to simultaneously handle one “robust” large-scale operation and two “potentially difficult and lengthy … stabilization or deterrent or response missions” akin to Bosnia, Somalia or Kosovo.

“As the 2016 Commission on the Future of the Army concluded, the Army has an inadequate number of combat aviation assets when measured against war plans and recent patterns of usage, and also a dearth of short-range air defense assets in the active-duty force,” he writes.

“While the Army often should make greater use of its reserve component in actual deployments, the commission found there is nonetheless a need for some air-defense capability readily available and deployable in the active force. There is also a strong desirability of permanent stationing of combat aviation assets in Korea.”