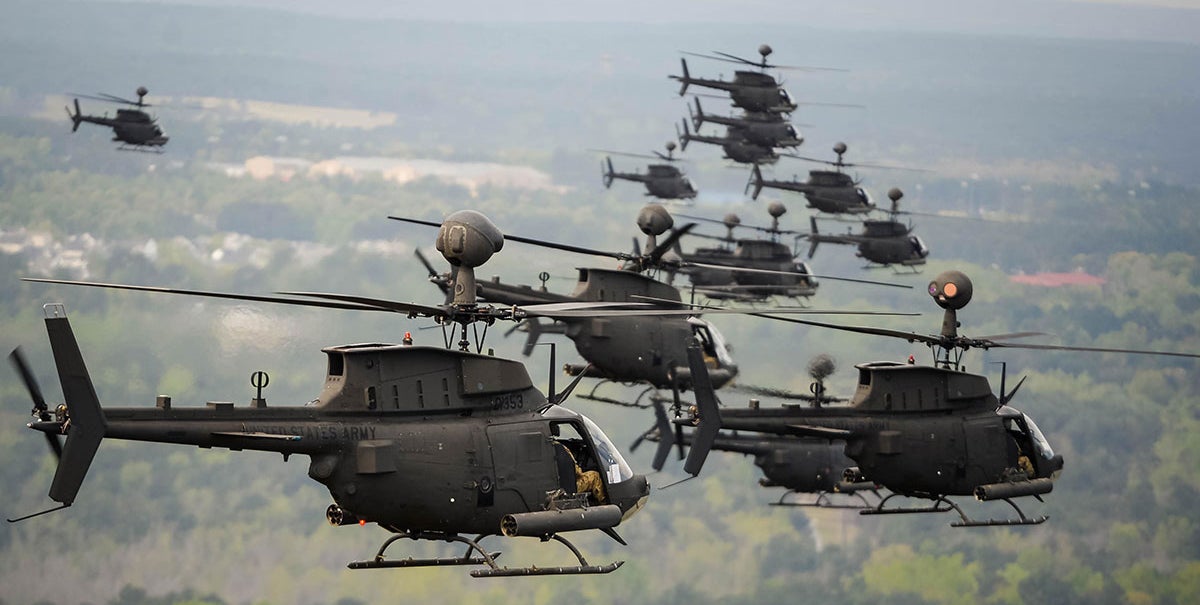 The Army is seeking “unprecedented” speed and range as it continues to develop two new rotary-wing aircraft for the future battlefield, senior leaders told Congress.

“Speed and range will give us an absolutely unprecedented capability, one that we have never experienced before, to operate from relative sanctuary and then project effects, as well as forces, at distances that our enemies will not be able to predict and not be able to counter,” said Lt. Gen. Erik Peterson, deputy Army chief of staff for resources and plans.

Being able to fly faster and for longer distances also will enable the Army to extract wounded soldiers more quickly, especially from what officials believe will be more austere and remote future operating environments, he said.

Future Vertical Lift is one of the Army’s six modernization priorities and is considered essential to preparing the force for multidomain operations.

The Future Long-Range Assault Aircraft (FLRAA) and the Future Attack Reconnaissance Aircraft (FARA) are “tailor-made for the extended ranges and the dynamics and the threat of the emergent fight,” Peterson said. “Both FLRAA and FARA are absolutely vital to our modernization efforts.”

He added that FARA will fulfill the No. 1 gap in the Army’s aviation capabilities with a “dedicated, purpose-built armed reconnaissance aircraft.”

Ultimately, both aircraft “extend our reach with absolutely unprecedented speed, range, endurance and, equally as important, the effects of long-range precision munitions and other air-launched effects,” Peterson said.

The “realization of our modernization efforts is highly dependent on what is in the Army’s [fiscal] ’22 budget request,” he said, adding that the “key is predictable, adequate, timely and sustained funding to ensure the United States Army remains the best-equipped land force in the world.”