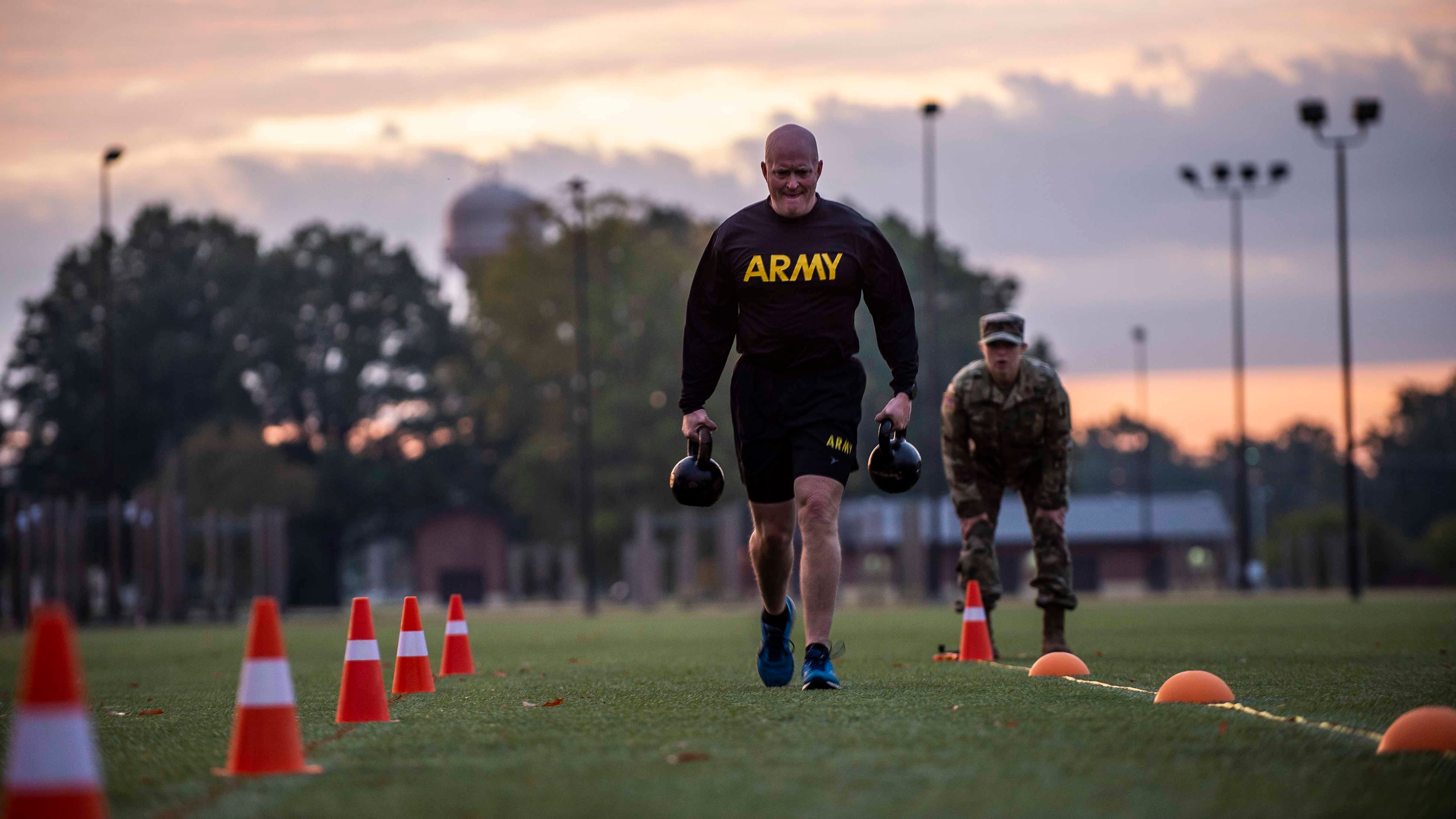 Soldiers’ health and fitness are part of the Army’s modernization plan, and that includes the Army National Guard, whose top NCO advised soldiers to “start taking care of your body” to be able to meet the rigors of service.

“When I ask soldiers about modernization, the first thing they want to talk about is equipment and facilities,” Command Sgt. Maj. John Sampa, the Army National Guard command sergeant major, said Dec. 2 during The AUSA Noon Report, a webinar series hosted by the Association of the U.S. Army.

Sampa said he tells soldiers that their question misses the “key factor that the Army is also modernizing the soldier,” pointing to the Army’s Holistic Health and Fitness initiative, which includes the new Army Combat Fitness Test.

“There's going to be a certain level of fitness required of us in the future,” Sampa said, “and my message to you as soldiers of today and tomorrow is that you have to start taking care of your body real early and throughout your years of service in the Army National Guard.”

The ACFT, which became the physical fitness test of record on Oct. 1, is part of the Army’s effort to instill in soldiers a holistic approach to health and wellness that also prepares them for the demands of the battlefield. Sampa, who led the Army National Guard effort to distribute the equipment needed for the ACFT, said each state has received the equipment it needs.

The best way to succeed in the six-event ACFT, Sampa said, is to condition the body by training differently and smartly all year round. Adopting a routine now will have an impact on the length of a soldier’s career and yield better fitness and health later in life, Sampa said.

“Take care of yourself because [the physical fitness piece], it can have a direct effect on how long you actually serve in uniform,” he said.