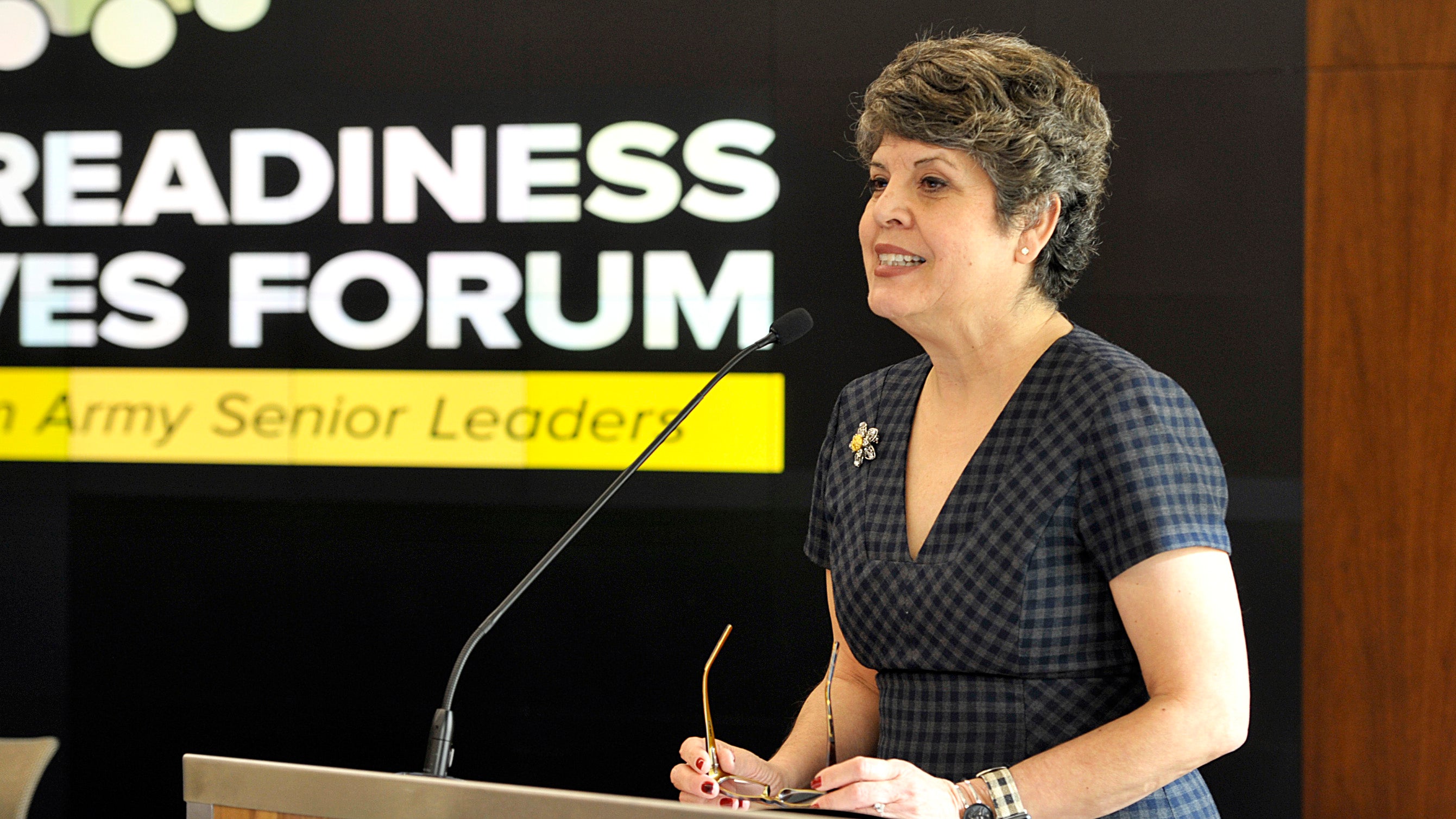 Patricia Barron, the Association of the U.S. Army’s family readiness program director, has left the association for a Pentagon job.

She moved to DoD to become the deputy assistant defense secretary for military community and family policy, a job she’s spent a lifetime preparing to fill.

In March, Barron was appointed to DoD’s Military Family Readiness Council, which provides recommendations on family programs, policies and plans to Pentagon leaders. In her new job, she’ll be responsible for implementing those recommendations.

“Patty Barron’s passion for and commitment to Army families is unmatched. She’ll bring that same energy and enthusiasm to the entire joint force now, and we’ll all be better for it,” said retired Gen. Carter Ham, AUSA president and CEO. “While her departure from AUSA is a big loss for us, she has set AUSA on a course for continued support to Army family readiness. I’ll miss her, but at the same time I am incredibly proud of her for being selected to serve in her new position.”

Barron is one of the foremost advocates for military families and spouses, said retired Lt. Gen. Guy Swan, AUSA vice president for education and programs. “Our nation’s service members should be very reassured that Patty will be working tirelessly for their families’ well-being. We at AUSA are very proud of Patty.”

Since joining the AUSA staff in 2012, Barron oversaw educational and professional development programs at AUSA for Regular Army, Army National Guard and Army Reserve soldiers and Department of the Army civilians and their families. This included family-oriented financial education seminars, a partnership with Operation Deploy Your Dress to provide new and gently used formal wear for military ID card holders, and other events.

She also organized an increasingly popular set of forums during AUSA’s Annual Meeting and Exposition, including a town hall where Army senior leaders answer questions from family members.

“It has been a joy to serve as the family readiness director at AUSA and bring the voices of Army families to the association,” Barron said. “The commitment that our leadership and staff have to their successful navigation of military life is inspiring. No other service association offers anything close to it, and it makes me very proud.”

Barron added that she has been humbled by the Army’s collaboration with AUSA to provide forums and other events for military families. “It is their support and collaboration that makes our forums can’t-miss events,” she said.

She earned a Bachelor of Science in nursing from the University of San Francisco and a master’s degree from Long Island University.