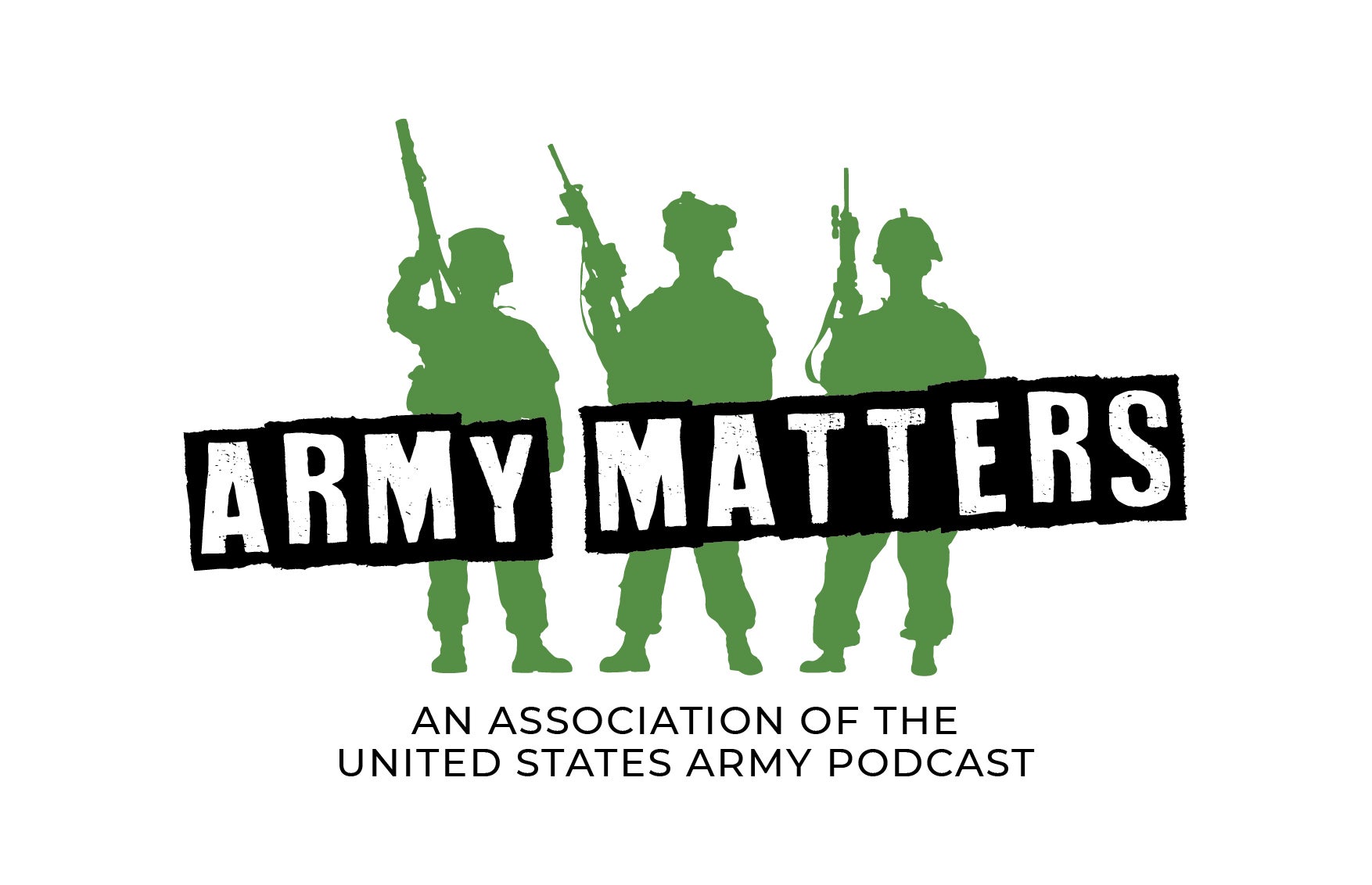 The Association of the U.S. Army is releasing seven new podcast episodes in December, including exclusive interviews with paratroopers who deployed for the Afghanistan evacuation mission and a look at the role of hypersonic weapons on the future battlefield.

First up in the “Army Matters” series is a special edition on the Integrated Personnel and Pay System-Army, a key part of the service’s talent management efforts. The podcast will feature Col. Rebecca Eggers, division chief of the IPPS-A functional management division, who will discuss why the Army has delayed rolling out the program to the active Army and Army Reserve. The system is already being used in the Army National Guard.

The episode is available Dec. 1.

Next up, on Dec. 6, Command Sgt. Maj. Daniel Hendrex, senior enlisted leader for Army Training and Doctrine Command, will talk about several initiatives underway for NCOs. Examples include efforts to combine training and testing for the Expert Soldier, Infantry and Field Medic Badges; newer assessments for senior NCOs; and updates on the Army Combat Fitness Test.

Another special edition is scheduled for release on Dec. 8. This podcast features exclusive interviews with paratroopers from the 82nd Airborne Division who deployed in August to help with the withdrawal and evacuation mission in Kabul, Afghanistan. This is the second in a series of three podcasts featuring soldiers involved in that mission.

On Dec. 13, the podcast will highlight the 82nd Airborne Division’s holiday toy drive, where paratroopers donate toys in exchange for a chance to jump and earn foreign jump wings. It also will provide listeners with an update on the 3rd and 5th Security Force Assistance Brigades, two units AUSA had been following while their soldiers were deployed.

Up next is the third and final installment of the series featuring paratroopers who participated in the Afghanistan withdrawal. The episode is available Dec. 15.

The next podcast, scheduled for Dec. 20, will feature Tawni Dixon. Dixon, her husband, 1st Sgt. Justin Dixon, and their son Cameron are the 2021 AUSA Volunteer Family of the Year. Stationed at Fort Bragg, North Carolina, the Dixons spend hundreds of hours volunteering and giving back to the military community.

Together, their efforts include planning fishing trips for wounded warriors from the Fort Bragg area, helping organize canned food drives and raising money for hygiene items for families in need, and putting together events for families when their soldiers are deployed.

Finally, on Dec. 27, Thomas Karako, a senior fellow with the International Security Program and director of the Missile Defense Project at the Center for Strategic and International Studies, will discuss hypersonic weapons and their role in the long-range precision fires fight.