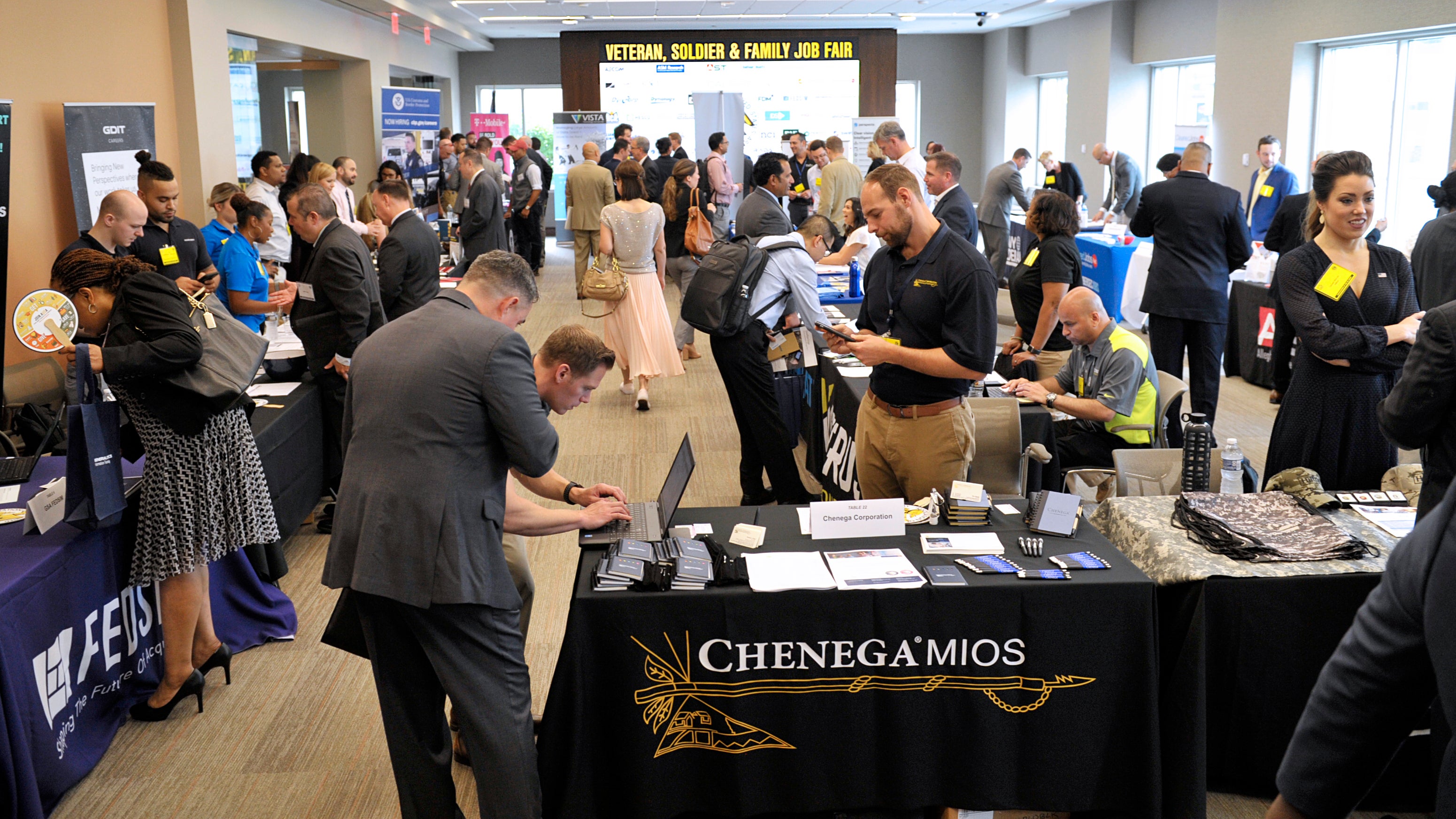 In a mission to share military-trained talent with the civilian sector, the Association of the U.S. Army held its fourth job fair June 5 at its national headquarters in Arlington, Virginia.

“We think it’s really important that we bring the talent the Army soldiers, civilians and family members have to the attention of civilian employers,” said retired Lt. Gen. Patricia McQuistion, AUSA’s vice president for Membership and Meetings. “We think that they’re the perfect candidates to be applying for jobs in the civilian sector.”

The companies in attendance ranged in size and area of expertise. Representatives from General Dynamics, T-Mobile, Booz Allen Hamilton, SourceAmerica and U.S. Customs and Border Protection were available at the event. Local employers such as the Metropolitan Washington Airports Authority, Events DC and Windows Catering Co. also were in attendance.

McQuistion said AUSA will continue hosting job fairs as long as connecting employers with members, potential members and soldiers remains beneficial and relevant. More than half the attendees had security clearances—a “wonderful thing to offer civilian employers,” she said.

Attendees who pre-registered had the opportunity to submit their resumes in advance and receive feedback on how to strengthen them ahead of the job fair.

“It’s a win-win-win situation,” McQuistion said. She credited Susan Rubel, AUSA’s director of Affinity Programs, and retired 1st Sgt. Stephen Canonico, the association’s assistant director of Retired Soldiers, Veterans and Department of the Army Civilian Affairs, for gathering interested employers and employees for the growing event. “It takes a team to pull it together,” she said.

AUSA plans to host another job fair later this year. For a full list of companies that participated in the June 5 event, visit AUSA’s website.