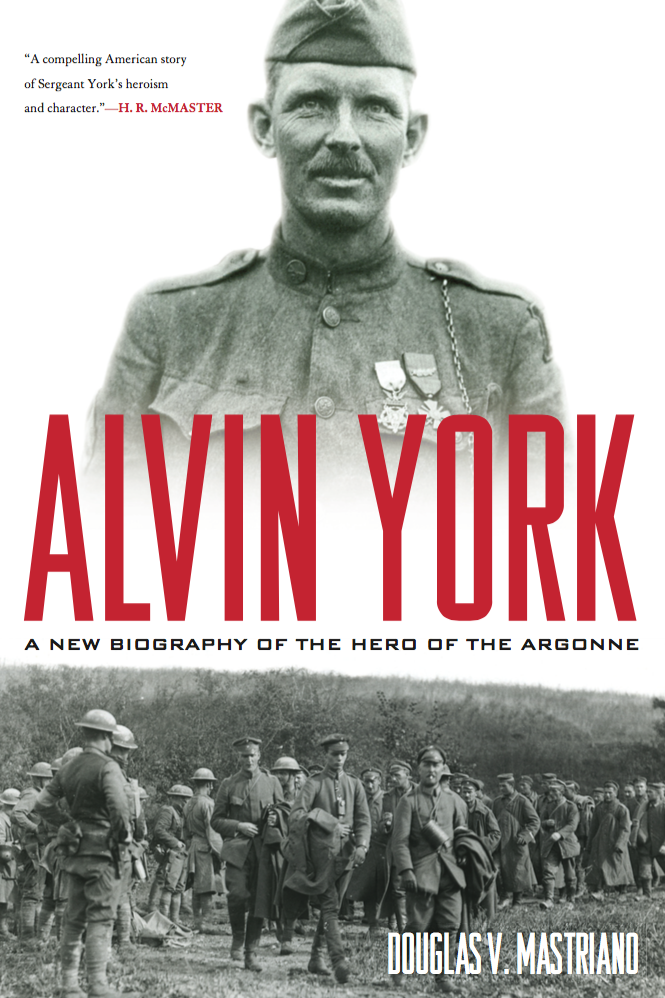 A biography in the Association of the U.S. Army’s Book Program has just won its fourth award. Alvin York: A New Biography of the Hero of the Argonne was written by Army Col. Douglas V. Mastriano, a military historian who teaches at the U.S. Army War College.Mastriano has written chapters in several books but his 2014 biography of York—part of AUSA’s American Warriors series—was his first time as the sole author. The book was published by University Press of Kentucky.The AUSA Book Program sponsors authors of military books and assists them in publishing their works with military publishers affiliated with the association. To date, 43 books have been published on a variety of military topics. These books are available in bookstores, on the Internet, and at a members’ discount through the AUSA website. Authors are invited to both present their books and sign them at the AUSA Annual Meeting and Exposition in October in Washington, D.C.Mastriano’s latest honor for the book is the prestigious William E. Colby Award for military writers from Norwich University in Vermont. This annual award recognizes an author’s first book that has made a major contribution to the understanding of military history, intelligence operations or international affairs.He has also received: the Crader Family Book Prize in American Values from Southeast Missouri State University, another first book prize that recognizes the values of individual liberty, constitutional principles and civic virtue; the Armed Historical Foundation Book Award; and the Army War College’s Madigan Award for Excellence in Scholarship.Alvin C. York was one of the Army’s most decorated soldiers in World War I. Although widely known as Sergeant York, he was a new corporal in 1918 when his act of valor on a battlefield in France led to his being awarded the Medal of Honor. York rose to the rank of general officer by the end of the war.Mastriano’s book follows York from his youth in East Tennessee, his war record including reconstruction of events that lead to the act of valor, and his post-service life that included a movie being made about him and his conversion to pacifism.When the Southeast Missouri State University award was announced, Mastriano described York as “honest and hardworking; he represents what made America great. In a time when we hear so much about the moral shortcomings of modern day heroes, York remains unique in that he ‘walked his talk.’ In York we find one of those rare people who really tried to live his life honorably and honestly, and an individual who really made a difference.”Retired Army Lt. Col. Roger Cirillo, director of AUSA Books, said, “Colonel Mastriano’s success has been unprecedented in our program. We are pleased to have him as an AUSA author, and look forward to his future work on the Army’s largest battle, the Battle of the Meuse-Argonne in World War I for the 100th-year commemoration of that action.”To purchase a copy, please visit the Book Program catalog.