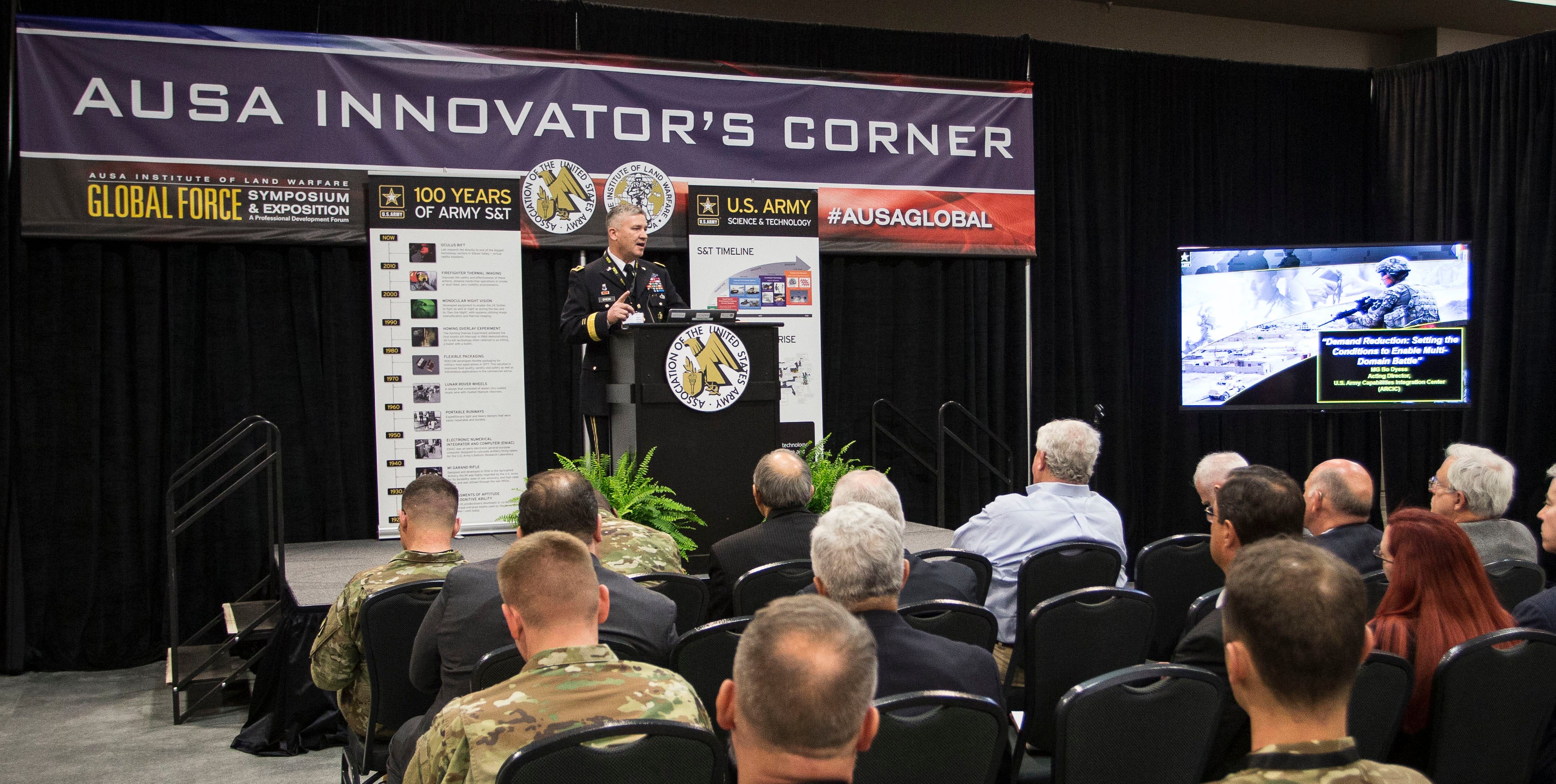 A new program is coming to Innovator’s Corner at the 2018 Annual Meeting and Exposition of the Association of the U.S. Army, and it includes the semifinal round of judging for xTechSearch, an Army program seeking new technology ideas from nontraditional defense partners.

AUSA 2018 will be held Oct. 8–10 at the Walter E. Washington Convention Center in Washington, D.C. Innovator’s Corner will be at Booth 2361 in Hall B.

Twenty-five semifinalists in the Army Expeditionary Technology Search, an effort launched in June, are being invited to the meeting to show off their ideas for revolutionizing Army missions or solving capability gaps. They have exhibit space to show off their concepts, and they’ll make presentations that are a bit like on the Emmy Award-winning TV show Shark Tank.

A schedule for presentations has not been announced but details on AUSA 2018, including registration information and updated schedules, are available here: http://ausameetings.org/2018annualmeeting/

The concept competition and Innovator’s Corner program are overseen by Army Assistant Secretary for Acquisition, Logistics and Technology Bruce D. Jette, who is trying to expand ways the Army gets new ideas. There are about 23 million companies in the U.S. but only about 5,000 do business with the Defense Department.

xTechSearch is Jette’s idea for encouraging small businesses, entrepreneurs and other innovators who haven’t worked with the Army to pitch technology solutions. The 125 proposals that made the first cut based on concept papers met with Army representatives who judged their work based on its impact for the Army, its viability and the ability of the team to move forward.