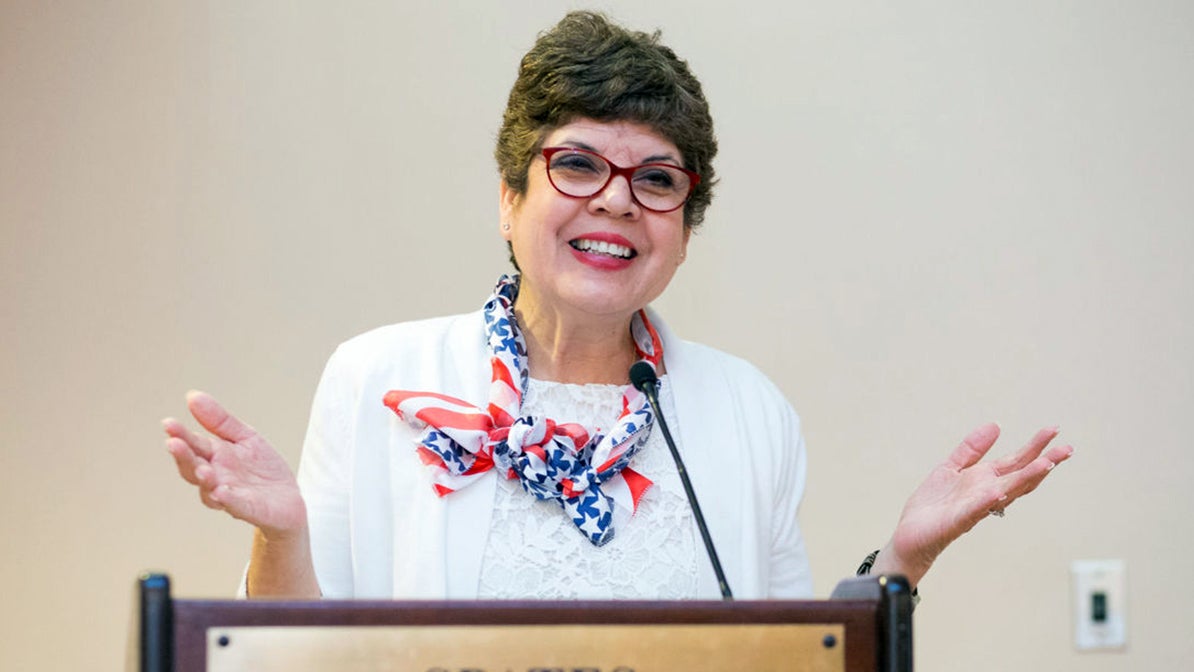 The swearing-in happened via teleconference because of coronavirus-related precautions.

The 18-member council provides recommendations on family programs, policies and plans, meeting at least twice a year to monitor and evaluate programs.

Barron, once described as “the mother hen in the military spouse world,” oversees educational and professional development programs for Regular Army, Army National Guard and Army Reserve soldiers and Department of the Army civilians and their families at AUSA. Her programs include family-oriented financial education seminars, a partnership with Operation Deploy Your Dress to provide new and gently used formal wear for military ID card holders, and other family-related events.

She has organized an increasingly popular set of forums held during AUSA’s Annual Meeting and Exposition that features, among other things, a town hall where Army senior leaders answer questions from family members. The 2018 forum led to a detailed Army leadership initiative addressing spouse employment, child care, housing and permanent change-of-station moves.

The spouse of an Army veteran and mother-in-law of a currently serving soldier, Barron joined AUSA in 2012 with years of personal and professional experience. Previously, she served as director of outreach, Military Family Projects, at Zero to Three and also worked as director of youth initiatives at the National Military Family Association, where she oversaw the association’s Operation Purple camp program.

She earned a Bachelor of Science in nursing from the University of San Francisco and a master’s degree from Long Island University.

The Military Family Readiness Council includes one representative each from the Army, Navy, Air Force and Marine Corps, the senior enlisted advisers of each service, representatives from the Army National Guard and Air National Guard, spouses and parents of service members, and three people drawn from military associations. Members are appointed for renewable two-year terms.