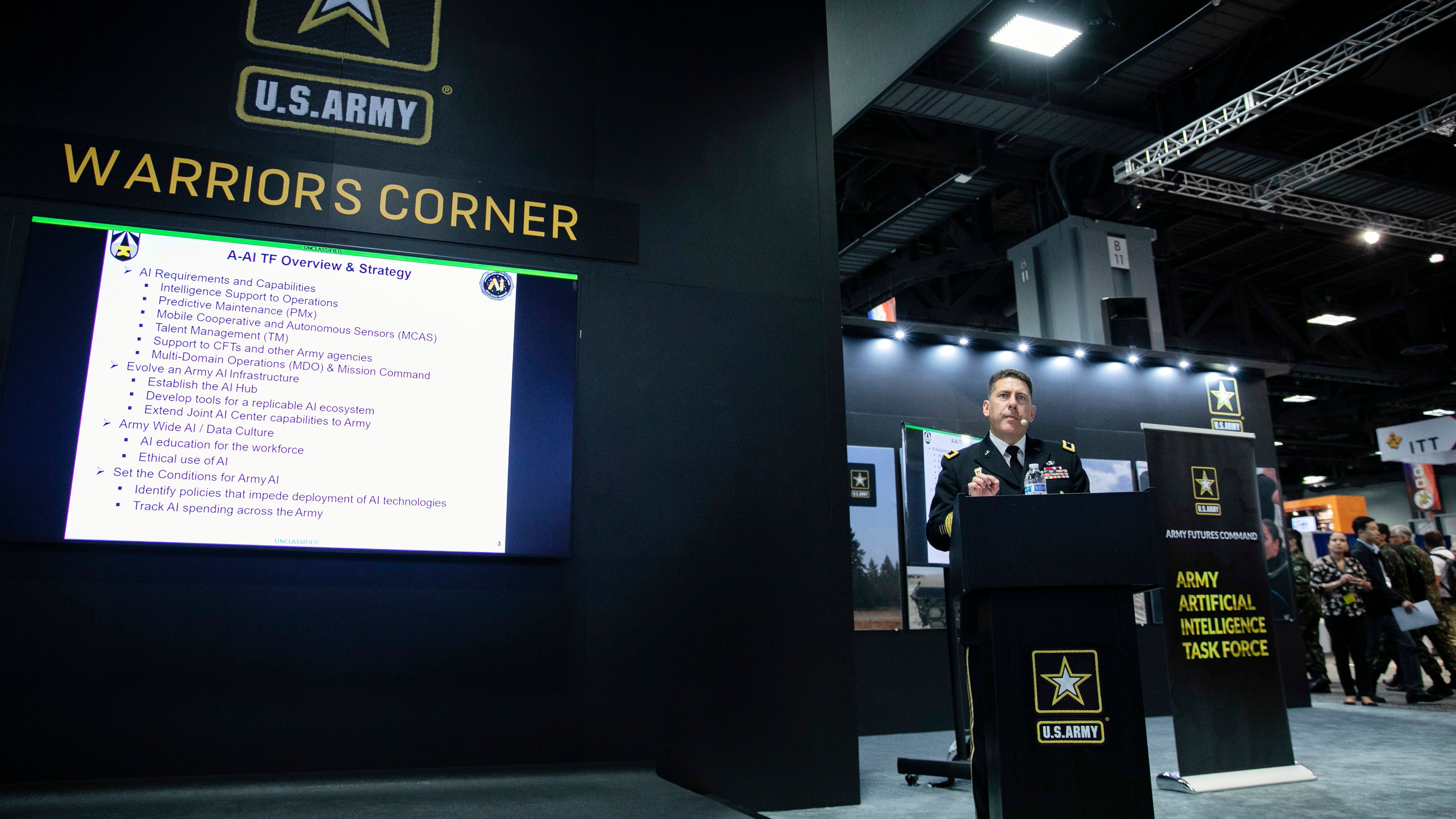 Artificial intelligence has become a common part of everyday life, and it will continue to be an enabling technology for each of the Army’s modernization priorities, the director of the Army’s Artificial Intelligence Task Force said during an Oct. 14 Warriors Corner session at the Association of the U.S. Army’s Annual Meeting and Exposition.

“I walked into the AUSA [annual meeting] one year ago, and what did I see? AI was everywhere. It’s become a pervasive part of our civilian society,” Brig. Gen. Matthew Easley said.

In the same way, he said, AI needs to cover the entire spectrum of military systems. “From our maneuver systems, to our fire control systems, to our sustainment systems, to our soldier systems – trying to build that framework for the Army is going to be our challenge over the next decade.” 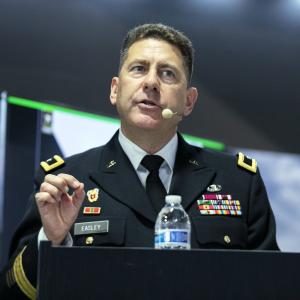 The task force has also established an artificial intelligence hub through a partnership between U.S. Army Futures Command and Carnegie Mellon University. The team, located at the National Robotics Engineering Center in Pittsburgh, Pennsylvania, brings in key technologies from across the country to help solve future force modernization problems, he said.

These are short-term goals – but for 2028 and beyond, more work remains, Easley said. In part, that means the Army needs to establish the conditions for its next-generation systems so other players on the civilian side can provide assistance.

“Industry and academia can help shape the way the Army goes forward with AI,” Easley said.