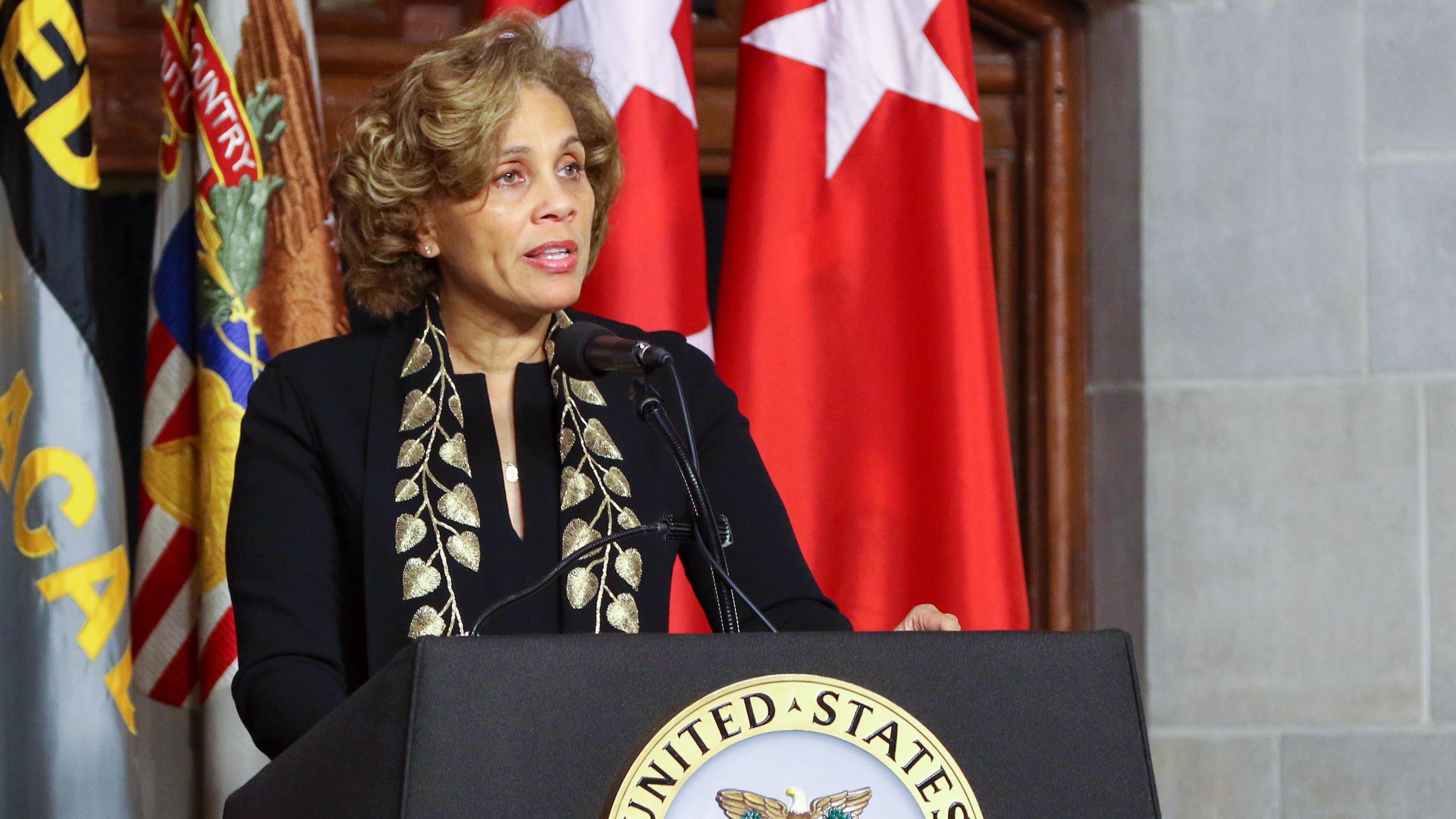 More than a dozen Army veterans are being inducted into the U.S. Army Women’s Foundation Hall of Fame.

The Hall of Fame recognizes women who have served in the Army or the armed forces and have “contributed extraordinary service,” according to the Army Women’s Foundation website.

The 2022 Hall of Fame class will be honored March 22 at a ceremony at the National Museum of the United States Army at Fort Belvoir, Virginia. The ceremony will be livestreamed on the foundation’s social media sites.

Morden, who will be honored posthumously, was one of the first women to enlist in the Women’s Army Auxiliary Corps, an Army unit created during World War II that enabled women to serve in noncombat positions.

During World War II, Morden served as a member of the Women’s Army Corps and was discharged when the war ended. After earning two degrees, Morden joined the Army Reserve and would serve 21 years on active duty, according to her bio on the foundation’s website.

Morden commanded several WAC detachments, including at Fort Riley, Kansas, and Heidelberg and Pirmasens in Germany.

She also served during the Korean and Vietnam wars, and though she retired in 1972, she came out of retirement less than two years later to write an Army Historical Series on the Women’s Army Corps that “helped give women military credit for WAC service.”

Bingham, who retired after serving as the assistant Army chief of staff for installation management, served the U.S. at home and abroad, deploying to Kuwait and Afghanistan in April 2010, according to her bio.

“She has been a trailblazer serving as the first woman to hold numerous positions as a General Officer,” the bio says, including as the Army’s 51st quartermaster general and commandant of the Army Quartermaster School, commanding general of the White Sands Missile Range in New Mexico and commanding general of Tank-automotive and Armaments Life Cycle Management Command in Michigan.

West, who was the 44th Army surgeon general and former commanding general of the Army Medical Command, has also made history.

“In 2015 West became the first African American woman in the Army’s history to achieve the rank of Lieutenant General, and is currently the highest-ranking woman graduate of the United States Military Academy,” according to her bio on the foundation website.

During her time as surgeon general and commander of Medical Command, she led the command through the “most comprehensive transformation that the Joint Health Services Enterprise has seen in over three decades,” her bio says.