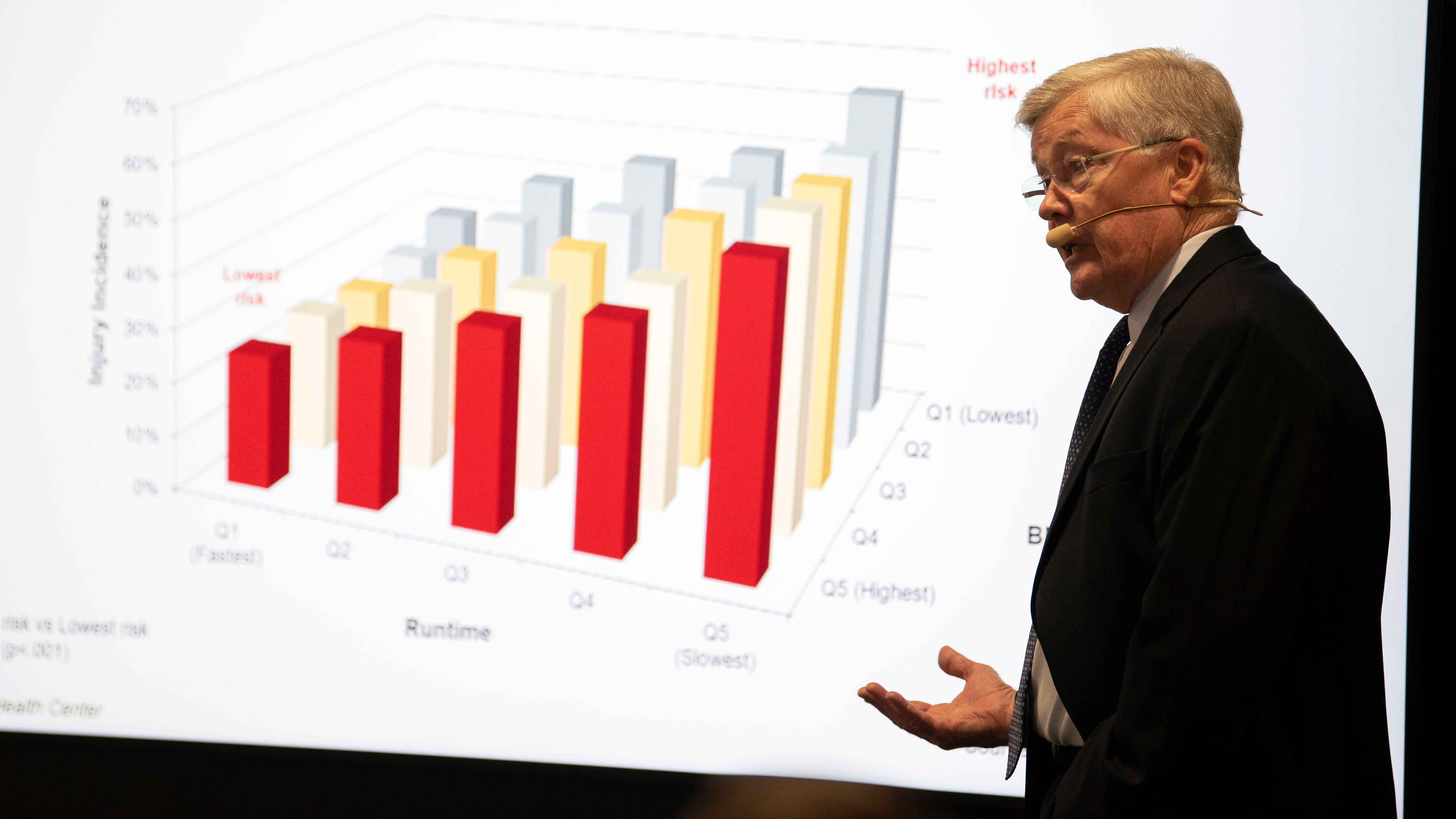 Running and road marches are the leading causes of musculoskeletal injuries in the Army, and a pilot underway with the 101st Airborne Division (Air Assault) seeks to determine why some are more prone to those injuries than others.

The injuries are not surprising, “because these are activities we have to do to be prepared for our missions,” Dr. Bruce Jones, a retired Army colonel and senior scientific adviser to the Army Public Health Center, said during a Warriors Corner talk Oct. 16 at the Association of the U.S. Army’s Annual Meeting and Exposition.

Scientists and researchers at the Army Public Health Center, headquartered at Aberdeen Proving Ground, Maryland, described their work to help stem the types of injuries that contribute to about 8 million limited duty days a year among soldiers.

Risk factors that could be modified right away are the type and intensity of workouts, a soldier’s level of individual fitness, better sleep and smoking cessation.

But the pilot at Fort Campbell, Kentucky, where the 101st Airborne is headquartered, is after a deeper set of data to determine how to help soldiers reach their peak performance and avoid injury.

At the center of the pilot is a new device called the K5, a wearable metabolic analyzer. A soldier wears the small device like he would a backpack, and it’s connected to body monitors, including a mask that covers the nose and mouth.

The K5 sends a signal that generates data on the soldier’s performance.

“It takes the analytics outside of the brick-and-mortar environment out to a unit,” said Todd Hoover, an exercise physiologist and Army Wellness Center operations division chief. The Army Wellness Centers are designed to help about 25% of soldiers who are candidates for performance improvement by assessing aerobic capacity and body mass index and providing coaching for modifying risky behaviors.

There are 35 Army Wellness Centers across the Army, including in Korea, Japan, Germany and Italy. The K5 is in use at 20 of them, Hoover said.