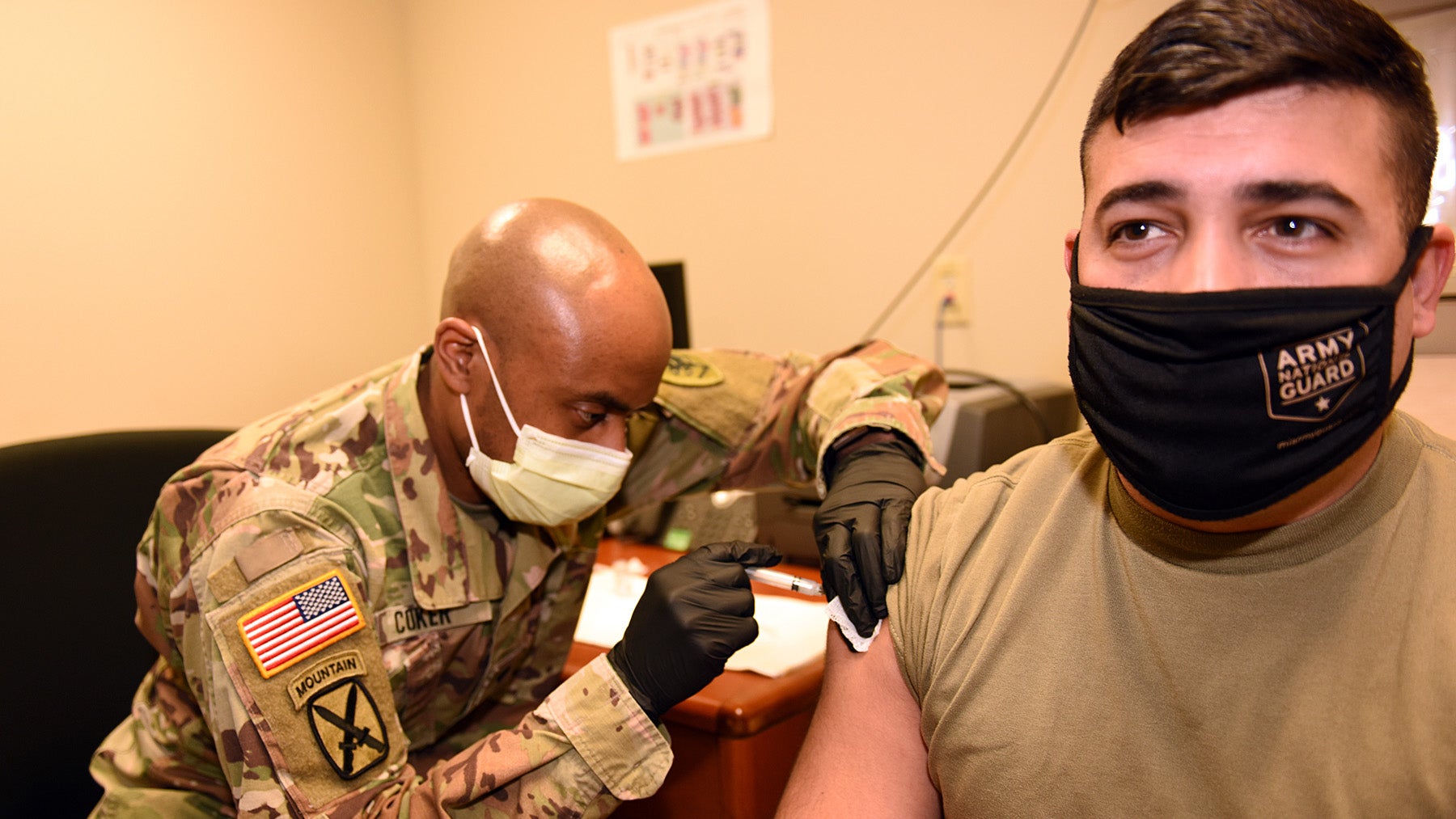 The Army is seeing an uptick in interest as more people get vaccinated against COVID-19, a senior Army medical leader said.

“We have people from previous tiers in the schema that have come forward to get vaccinations, and we believe that that’s due in large part to the education and the materials we put out,” said Maj. Gen. Jill Faris, interim deputy chief of staff for operations for Army Medical Command.

As of April 7, Faris said, the Army had administered more than 688,000 doses, and roughly 67% of those recipients are now fully vaccinated.

Overseas, U.S. Army Europe and Africa has administered at least 37,000 doses among the roughly 150,000 eligible people in the Army’s realm, she said April 8 during a press conference featuring medical leaders from DoD and the services.

“We should be able to vaccinate at least 100,000 beneficiaries in the coming weeks,” Faris said. “Army Medicine is committed to ensuring, when the vaccine is available, we will be ready to administer to all our eligible Army family members.”

Lt. Gen. Ronald Place, director of the Defense Health Agency, said overseas uniformed personnel have been vaccinated at a rate 10% to 15% higher than in the U.S. The difference, he said, is in line with the plan to open eligibility to deployed and deploying troops who are “actively employed in missions” during Phase 1b.

While the Pentagon planned to send Johnson & Johnson’s single-dose shots abroad, a recent disruption in the vaccine’s production is causing a delay. “We’re actively exploring other means to offset this temporary shortage of the [Johnson & Johnson] product,” Place said, adding that Moderna vaccine doses will help make up the difference.

When additional Johnson & Johnson doses do become available again, Faris said, they will be shipped to U.S. Army Europe and Africa to reach soldiers in remote locations.

The April 8 update from military leaders comes as DoD’s vaccine distribution continues to reach milestones just four months after the rollout began. The department administered its first million vaccine doses in 70 days and another 1 million doses in 35 days, Place said. Another million doses are expected to be given out in the next 25 to 30 days, he said.

During a virtual town hall also on April 8, Sgt. Maj. of the Army Michael Grinston said the way out of the pandemic is through vaccinations.

“We need to help our nation get through this, and part of that is we have to get vaccinated,” Grinston said, encouraging viewers to consider the shot for both their own health and the health of people around them.

Protective measures, such as social distancing and masks, will be in place for a while, Grinston said, but vaccines will help the Army regain “some sense of normalcy” sooner.

According to Place, about 40% of DoD vaccination sites have “provided at least some vaccinations” to the final phase of recipients, and all sites will open to everyone on April 19.

“We’re thankful for those who’ve taken this step, protecting themselves, their families, their teammates, and those most vulnerable,” Place said.