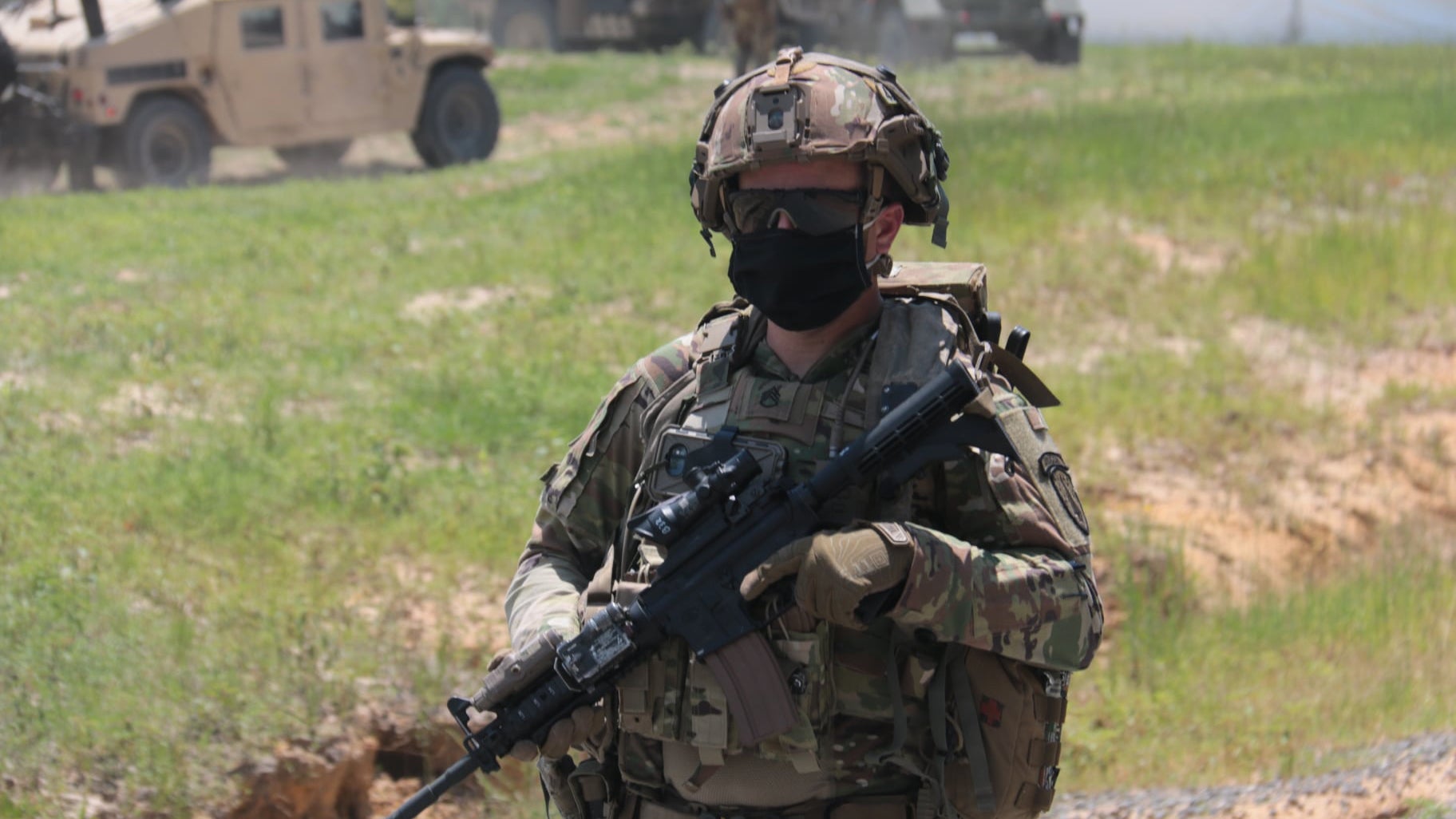 The Army has resumed brigade-level collective training following a three-month pause to emplace safety measures aimed at preventing the spread of the COVID-19 virus among soldiers, observer-controllers and civilian role players.

All major training was halted in mid-March after DoD issued orders restricting travel for troops, employees and family members. The Army began putting measures in place so that units could resume home station training safely in smaller numbers, but major training exercises hadn’t resumed until now.

On June 7, some 700 soldiers with the Fort Carson, Colorado-based 4th Security Force Assistance Brigade kicked off the first rotation of collective training at the Joint Readiness Training Center at Fort Polk, Louisiana. The soldiers are scheduled to replace the 3rd SFAB in Afghanistan later this year.

Most of the units that were scheduled to train at the Army’s combat training centers between May and September were able to be shifted slightly on the calendar. Two units scheduled to train in April—1st ABCT, 1st Cavalry Division and 2nd BCT, 10th Mountain Division—did not make it to the CTCs, training at home station instead, according to Forces Command.

As the first unit to resume collective training, the 4th SFAB will test the new safety measures, which will be reviewed daily and adjusted as needed to inform all follow-on training.

Adhering to Army guidance for COVID-19 mitigation, the soldiers self-isolated at home station for two weeks before flying to Alexandria north of Fort Polk, then were socially distanced on the bus ride to the installation, said Maj. Jennifer Dyrcz, JRTC Operations Group spokeswoman.

Each soldier was issued eye protection, gloves, an N95 mask and a face shield, equipment they will wear each day in addition to their duty uniform and equipment. Soldiers will also be issued two bottles of hand sanitizer per day, and a no-touch thermometer was issued for every 10 soldiers.

All the way through their training rotation, each soldier, and everyone working with them, including role players, contractors and observer-controllers, will undergo a round of checks at least twice a day for temperature or any presentation of COVID-19 symptoms. Each individual working in the box, as the training area is known, will be monitored and cross-checked daily throughout the event.

The training area will be accessible through one controlled access point, and each participant will have self-isolated for 14 days before and after the training event and screened each day at arrival, Dyrcz said.

“It’s almost preparation for what we’re doing with a larger unit in August,” she said of the 101st Airborne Division’s 2nd BCT, which has about 4,500 soldiers.