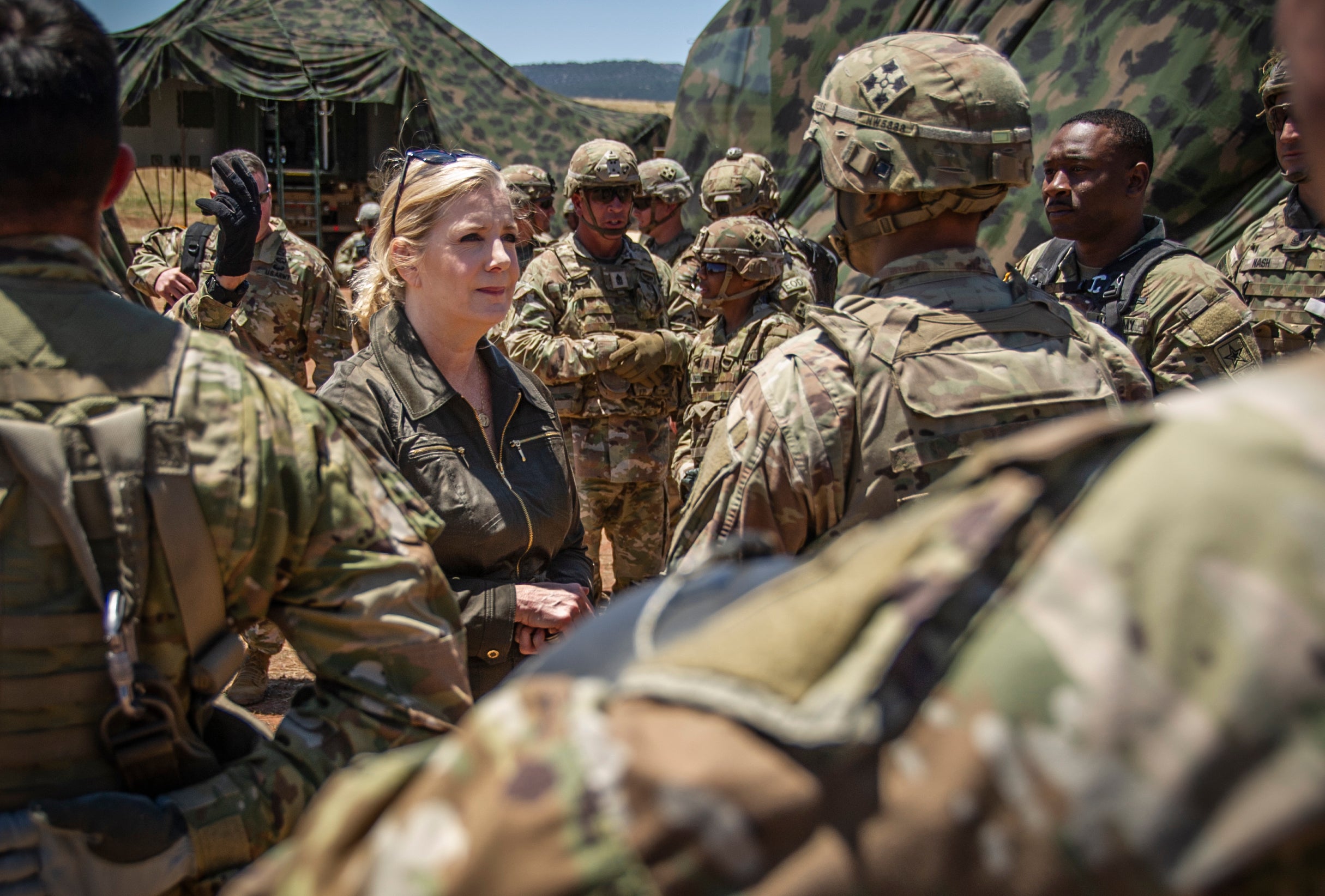 On an increasingly complex and dangerous future battlefield, the Army must be able to see, act and react quickly and more persistently to maintain its edge over its adversaries, Army Secretary Christine Wormuth said.

“The entire joint force is at an inflection point after spending two decades engaging in counterinsurgency and counterterrorism,” Wormuth said. Unlike in the past, where the U.S. was able to focus solely on the Soviet Union threat, “now we have to think not just about Russia but also about the pacing challenge that China presents.”

The challenges facing the Army are “different and more difficult,” Wormuth said Sept. 13 on the opening day of the Maneuver Warfighter Conference at Fort Benning, Georgia.

Soldiers will be under constant observation on a more transparent battlefield filled with smartphones, unmanned aerial systems and satellites. They will not have the luxury of sanctuaries because of the advent of longer-range fires, cyberattacks and unmanned systems, and they must be able to sustain the fight for long periods of time, she said. They also will face disinformation and must be able to conduct complex combined arms operations, Wormuth said.

“To succeed on the battlefield and continue to dominate the land domain, I think the Army of 2030 needs to be able to do six things successfully,” she said.

The force must “see farther and more persistently” than its adversaries, converge and strike hard against enemy targets and be able to win the fires fight, Wormuth said. It also must be able to protect itself, communicate and share data rapidly and sustain the fight, she said.

“On this kind of battlefield, we’ve got to constantly look to create advantages for ourselves that we can direct against enemy weaknesses,” Wormuth said.

The Army has been working hard to prepare for this future fight. “As the character of the future battlefield changes, and as nation-states grow more sophisticated, the Army hasn’t been standing still,” Wormuth said. “On the contrary, we have refocused everything we’re doing, from doctrine to force design to modernization.”

The service is investing in intelligence, surveillance and reconnaissance systems, leap-ahead capabilities such as the Next-Generation Squad Weapon and the Integrated Visual Augmentation System, faster and more survivable armored vehicles, programs such as Mobile Protected Firepower and long-range precision fires, more robust electronic warfare, counter-UAS and network capabilities and much more to prepare for the future, Wormuth said.

Also critical to the Army’s transformation is the upcoming publication of the Army’s new multidomain operations doctrine and improved leader development and professional military education, Wormuth said. “Well-led, highly trained, disciplined formations are core to what makes our Army the greatest army in the world,” she said.

At the end of the day, the Army must continue to train for the future. “It’s really about how we maneuver our forces to defeat an opponent by seizing the initiative, going on the offense using deception, dislocation and disruption,” Wormuth said. “I think if our Army can do the six things that I’ve outlined … we can be confident that we will prevail on the battlefield.”