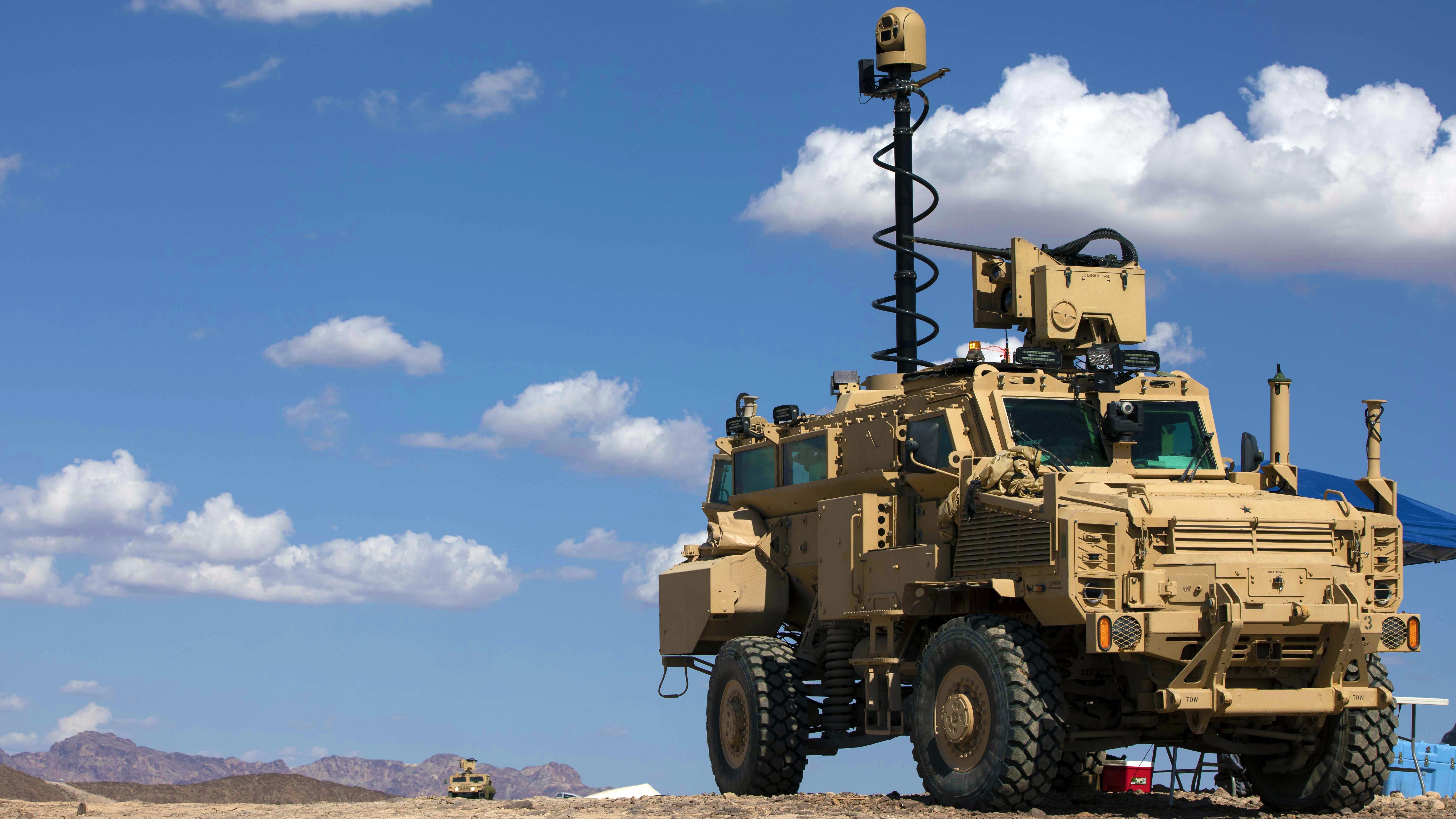 One of the first steps in building that synergy is a new annual exercise called Project Convergence, which is designed to put the Army’s Multi-Domain Operations concept into action and showcase some of its ongoing modernization efforts.

The first iteration of Project Convergence, which Murray described as a “learning campaign,” is underway at Yuma Proving Ground, Arizona, and is scheduled to wrap up in mid-September.

What the Army is trying to do is “ensure in the future we’ll be able to see first, understand first, decide first and act first, which I think will be a decisive advantage on the future battlefield,” Murray said during a separate virtual event, also on Sept. 10, hosted by the Center for a New American Security.

The exercise is the Army’s contribution to the Joint Staff-led Joint All-Domain Command and Control. Known as JADC2, it is DoD’s effort to combine resources, processes and technology from all the services.

According to the Army, JADC2 will “enable the joint force to converge effects” in all five domains—air, space, cyber, land and sea. The ability to do that will be critical, according to the Army, as the military expects the speed, scale and complexity of the fight to increase over time, particularly with the addition of emerging technologies such as robotics, autonomy and artificial intelligence.

Project Convergence will not only help the Army exercise some new technology, but also learn and adapt “how we fight and how we organize ourselves for that future fight,” Murray said earlier this year.

Over time, Murray said, he expects the exercise to grow as the Army brings more systems into play and learns how to connect them. Next year’s Project Convergence will be focused on bringing in the joint force, Murray said, and by 2022, it will include some of the military’s closest allies, such as the British army.

“It’s really based on the realization that you know none of us are going to do this alone,” Murray said.

Air Force Lt. Gen. Clinton Hinote, deputy chief of staff for strategy, integration and requirements for the Air Force, who appeared alongside Murray at the Defense News virtual event, said the military needs a more unified way to fight. And while this will be “a cultural change” for all going forward, he said, it will benefit the speed and scale of future operations.

“That, in many ways, is what JADC2 promises,” Hinote said. “It’s going to allow us to operate as a joint force ... to match the speed our adversaries are going to try to use against us.”