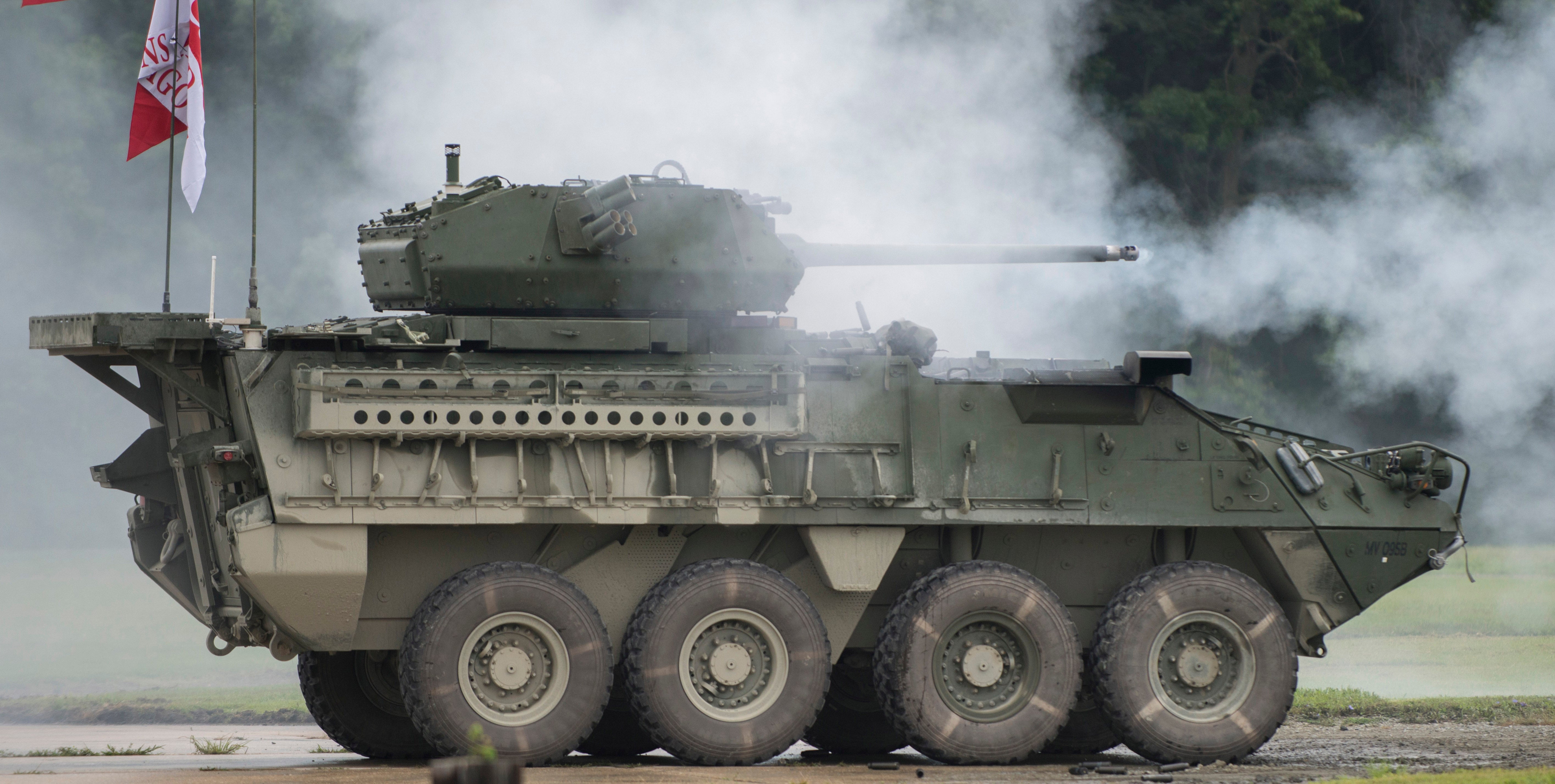 Army representatives used the Warriors’ Corner at this week’s Association of the U.S. Army Annual Meeting and Exposition to present its new Stryker Dragoon as an archetype for accelerated acquisition.

The Dragoon vehicle design integrates an XM813 30 mm turreted cannon on more than 80 vehicles destined for the Army’s 2nd Cavalry Regiment, which is forward staged in Germany.

“Being forward in Europe gives us an elite position and also gives us a unique perspective on our adversaries,” said Col. Patrick Ellis, the regiment’s commander. He added that the “identifiable and obvious adversary” allowed the unit to look at specific capabilities against those identified threats.

He said that the unit had been involved in the 30 mm Stryker lethality upgrade “since the very beginning,” adding, “We’ve sent NCOs back to work on ‘loadouts’ and we just recently allowed some of our soldiers to go back and actually shoot the weapon system and provide feedback to the guys building that thing.”

“Our commitment to participate in the process, I think, is what is helping to make this process work. We’re getting systems into the hands of our soldiers on a timeline that is much more aggressive than we have seen in the past,” he said.

“The truth is that all of us can deliver capabilities rapidly,” Bassett said. But what it takes is a different approach to acquisition. And I think we have demonstrated that with capabilities for [the regiment].”

Bassett pointed to ways the process was accelerated, ranging from starting with “a statement of leader intent” to steps that reduced the traditional design phase “to nearly zero.”

“This is about flexibility in requirements,” he offered. “If you want to have incremental capability, you need incremental requirements. And you can’t let any single requirement keep you from going faster. I think you have to have a very pragmatic approach to allow for a solution that gives you 80 percent of your capability in half the time. So I think this is a great example of what we can do when we work together.”