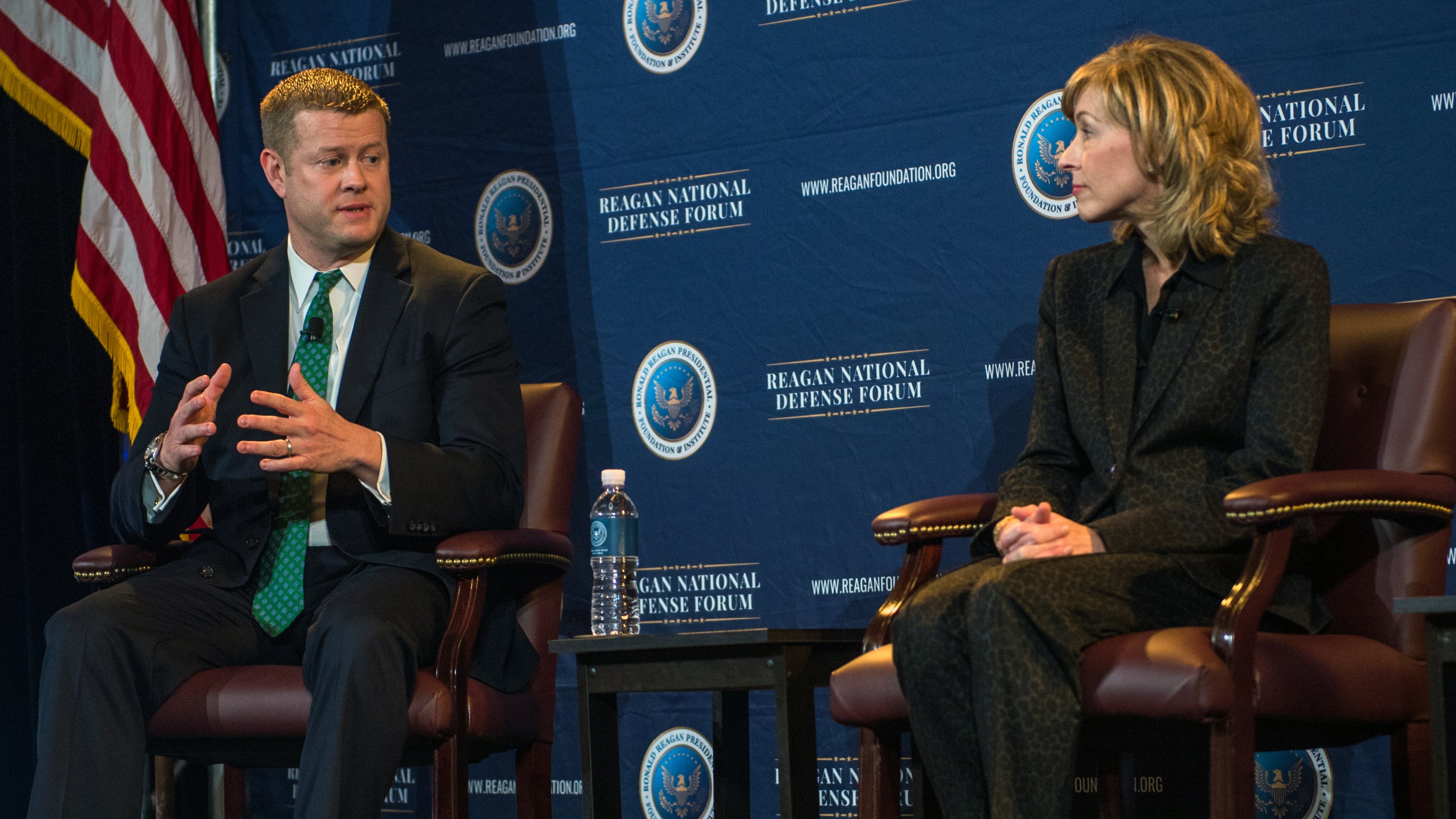 The Army faces a complex challenge as it works to balance its modernization efforts with the demand for troops around the world, Army Secretary Ryan McCarthy said.

“When you look at the challenges around the world, just from the Army’s perspective, we’re 60% of the combatant commanders’ requirements worldwide, yet we’re in a flat fiscal environment,” McCarthy said during a panel discussion Dec. 7 at the Reagan National Defense Forum in Simi Valley, California.

McCarthy spoke alongside Leanne Caret, president and CEO of Boeing Defense, Space & Security, and a member of the Association of the U.S. Army’s Council of Trustees, and Rep. Seth Moulton of Massachusetts.

That demand leaves the Army with “very limited” options when it comes to modernizing the force, McCarthy said. “It makes for a complex challenge, and what we’ve tried to do over the last 2½ years … was to focus on requirements and investments,” he said.

This included moving money into the Army’s six modernization priorities by truncating the buys for 93 systems and killing 93 others, McCarthy said. “We had nothing but hard choices because we have to do both,” he said.