Army Looks for Answers about the Next Big War

Army Looks for Answers about the Next Big War 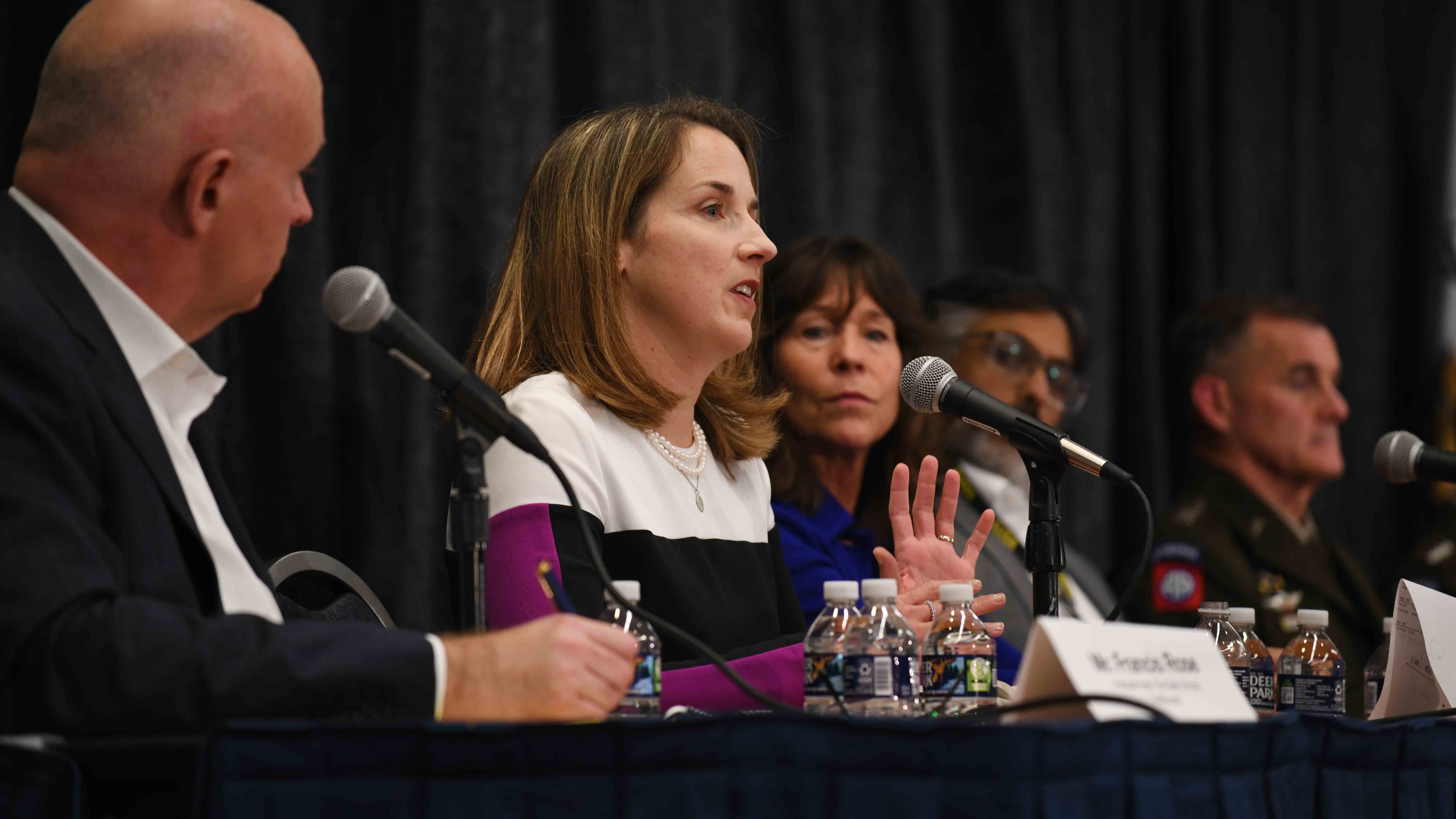 The hazy future is a big concern as the Army stands ready for a near-term conflict and the U.S. government and military continue to wrestle with what the future of warfare will look like, a panel of experts said Oct. 12.

The term “strategic competition” gets thrown around a lot, but a key question that must be asked is, “What does warfare look like? What does it look like when it goes bad?” said Vikram Singh, senior adviser at the U.S. Institute of Peace’s Asia Center.

Singh, who participated in a forum titled “Transforming Land Power to Meet Global Challenges” at the Association of the U.S. Army’s 2021 Annual Meeting and Exposition, said there’s a tendency to emphasize air and maritime capabilities, particularly in the Pacific, as well as technology, cyber and information capabilities.

If America’s adversaries don’t believe the U.S. is willing to deploy land forces in a conflict, “our deterrence is fundamentally weakened,” Singh said. “While wars get fought in all domains, at the end of the day, you’re fighting for your towns, your cities, your people, your population. You’re fighting for what’s on the ground.”

In Europe, the Army has been building its capabilities, adding new units such as the newly created 2nd Multi-Domain Task Force and the 41st Fires Brigade, a rocket launcher brigade stationed in Germany, said Gen. Christopher Cavoli, commander of U.S. Army Europe and Africa.

“The big, topline message from U.S. Army Europe is we have been and are preparing, training, organizing and equipping for large-scale ground combat operations,” he said.

Similar activities are taking place in the Indo-Pacific, said Gen. Charles Flynn, commander of U.S. Army Pacific. “The adversary and the capabilities that they’re presenting to the joint force create challenges for us, but some of the capabilities that the Army has brought to bear in Europe, we’re attempting to do in the Pacific as well,” he said.

The Army’s first Multi-Domain Task Force has been operating for two years, and the 5th Security Force Assistance Brigade is now operating in 10 countries in the region, he said. Army Pacific also is working to increase its presence across the region through exercises with partners and allies, he said.

Looking ahead, the Army—and the other services—doesn’t have the luxury of optimizing to just one set of challenges, said Kori Schake, senior fellow and director of foreign and defense policy studies at the American Enterprise Institute.

Mackenzie Eaglen, also a senior fellow at the American Enterprise Institute, agreed. “I think there are several sets of big unanswered questions by civilians that the Army needs clarity on to continue to keep the unsteady peace,” she said.

This includes determining whether the goal is deterrence or winning the fight, or whether the military should employ specialized forces or general-purpose forces, and what happens once the initial missiles are fired, Eaglen said.

“What if war is more than just the giant missile exchange? What if that doesn’t end it, then is war still giant missile salvos or is it a battle of people and wills?” Eaglen said.

Another unanswered question is what the Army is preparing for, especially as it’s already being tasked with additional missions such as COVID-19 response and the southwest border mission, she said.

“The Army is at a moment of trying to figure out how it fits into this new era of conflict,” Singh said. “The Army has a critical role across the board … [and] I think that we are at a point of shifting our attention and resources, [but] make no mistake, where the Army goes, so goes our ability to deter and prevail in both these theaters.”