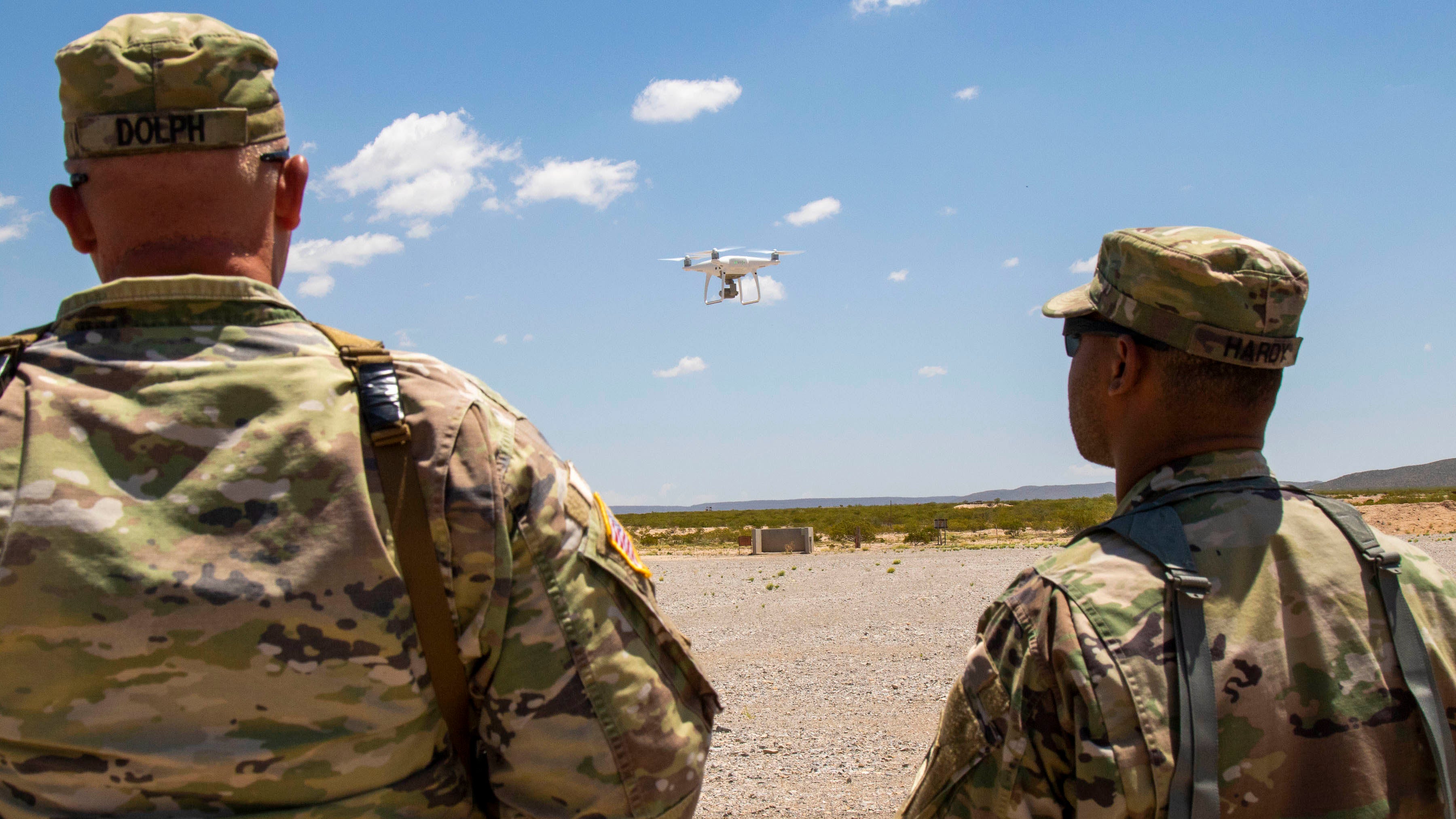 All the services must work together to counter the growing threat posed by small, unmanned aircraft systems, said the Army leader tasked with the effort.

Smaller UASs are particularly problematic because many of them cannot be detected by air defense systems. An Army Stand-To on small UASs called them “rapidly proliferating … and potentially lethal.”

To meet this growing threat, the defense secretary designated the Army as the executive agent to “lead and direct” the counter-small UAS effort, Maj. Gen. Sean Gainey, director of the Army’s Joint Counter-Small Unmanned Aircraft Systems Office, said Aug. 23 during a webinar hosted by the Association of the U.S. Army as part of its Noon Report series.

Tactics being used in the war in Ukraine underscore the importance of counter-UAS capabilities, Gainey said.

“What we're seeing in Ukraine is … that when you scale this capability from a small quadcopter all the way up to a larger [drone], and are able to leverage [intelligence, surveillance and reconnaissance] to put other effects … to bear, [it] really shows the importance of having counter-UAS at scale, not just at a fixed site,” he said. “And that’s one of the things that the chief of staff of the Army has invested in.”

“We’re doing a great job of getting capability out there, but … delivering capability with the training, doctrine, … organization and leadership understanding of that capability … was the biggest challenge,” Gainey said.

The Joint Counter-Small Unmanned Aircraft Systems Office also has mobile training teams that can bring training to locations where units are about to deploy, he said.

In addition to countering the growing threat of small UASs, Gainey and his team also are working on the more immediate task of integrating its efforts with NATO.

“As they’re developing capability, we’re working with them,” Gainey said. “We’re embedded with the NATO planning effort and some of the other global planning efforts, but [there is] still a lot of work to be done as we move forward because there's a significant demand for some of our capabilities.”