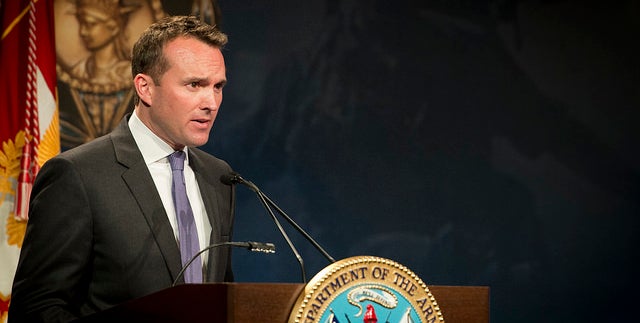 Army leaders are considering a headquarters reorganization in an effort to streamline decisionmaking, Secretary of the Army Eric Fanning said.

His remarks come as Congress is considering legislation that would force the Army to cut general officers and senior civilian positions over the next two years. The Defense Department and Army strongly oppose those cuts.

Changes suggested by Fanning have to do with information flow rather than staffing levels. "We want to find ways to inject our thoughts and guidance earlier in the process, which hopefully saves you a lot of time, because you're not having to move something up through the system and get it thrown back down and back up and back down,” he said at a meeting attended by members of the Army headquarters staff.

He provided no timetable for making the changes.