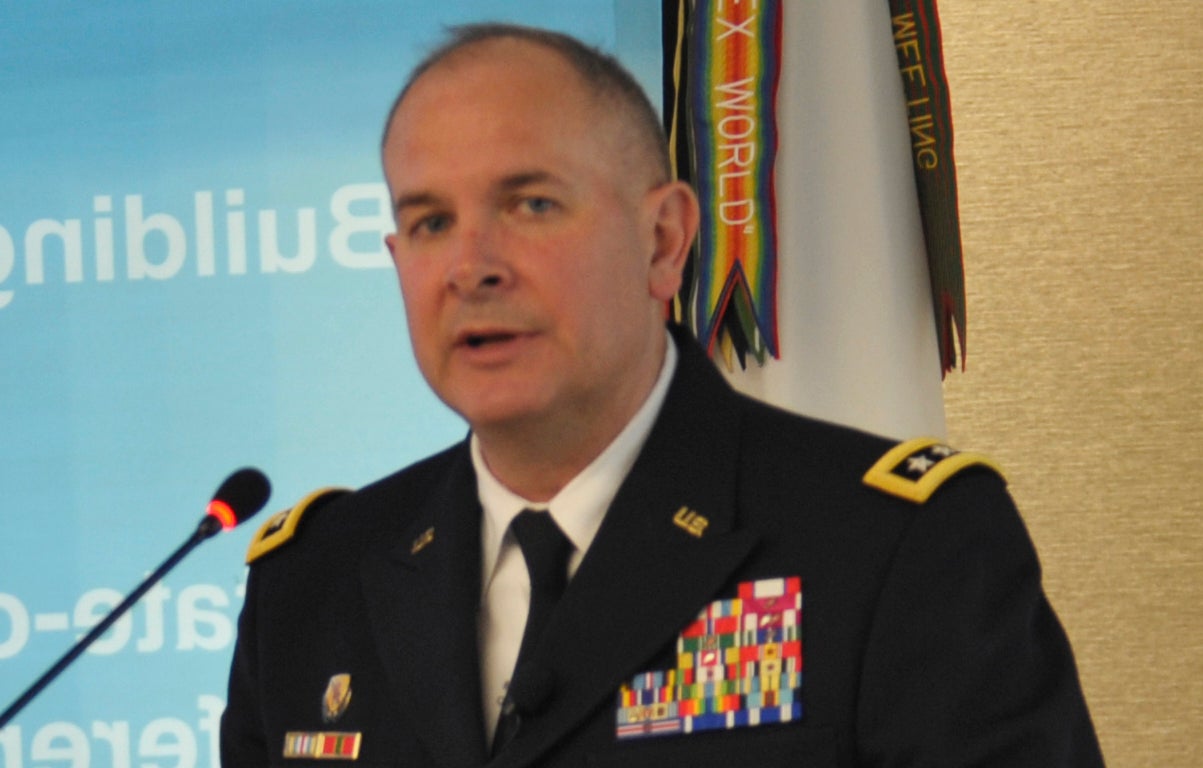 The Army National Guard is considering increasing the minimum number of annual training days from the current 39, Lt. Gen. Timothy J. Kadavy said Wednesday at a breakfast sponsored by the Association of the U.S. Army’s Institute of Land Warfare.Kadavy, the Army National Guard director since March, said a review of training days is underway as part of a larger effort to improve overall Army readiness. “Everything we do must be looked at through the lens of readiness,” Kadavy said. Minimum training days are set in law, with resources the primary limitation on any increases because Guard soldiers performing training receive military pay and allowances.Readiness also would be improved if full-time staffing—Guard members on active duty for administrative purposes—were increased, he said. The 2016 defense policy bill approved by Congress and awaiting President Barack Obama’s signature authorizes 30,770 full-time Army National Guard soldiers for organizing, administering, recruiting, instructing or training Guard members. Kadavy said that is only about 70 percent of the Guard’s requirement, a level that needs to improve in order to increase overall Guard readiness.The Association of the U.S. Army has long supported higher full-time staffing levels for the Army National Guard, said retired Army Lt. Gen. Roger G. Thompson, AUSA’s vice president for membership and meetings.The Army Guard is “extremely anxious” to hear the recommendations expected early next year from the National Commission on the Future of the Army, which is examining force structure and size of the active and reserve components, Kadavy said. Recommendations are due by Feb. 1 to Congress and the White House.In the meantime, Kadavy said his top priority is the same as that of Army Chief of Staff Gen. Mark A. Milley: to put readiness above everything else. That is why the Army Guard is looking at how to increase combat training center rotations, he said.He warned of a belief among some Guard leaders of an “ever-growing gap” between the quality and number of modernized weapons available to active-duty units and those of the Army Guard. He described the problem as similar to having one group using digital equipment and another using analog equipment. “The two don’t work together,” he said.Kadavy spoke at the first Institute of Land Warfare breakfast held in AUSA’s new Conference and Event Center, a high-tech meeting space located in the association’s headquarters building in Arlington, Va.